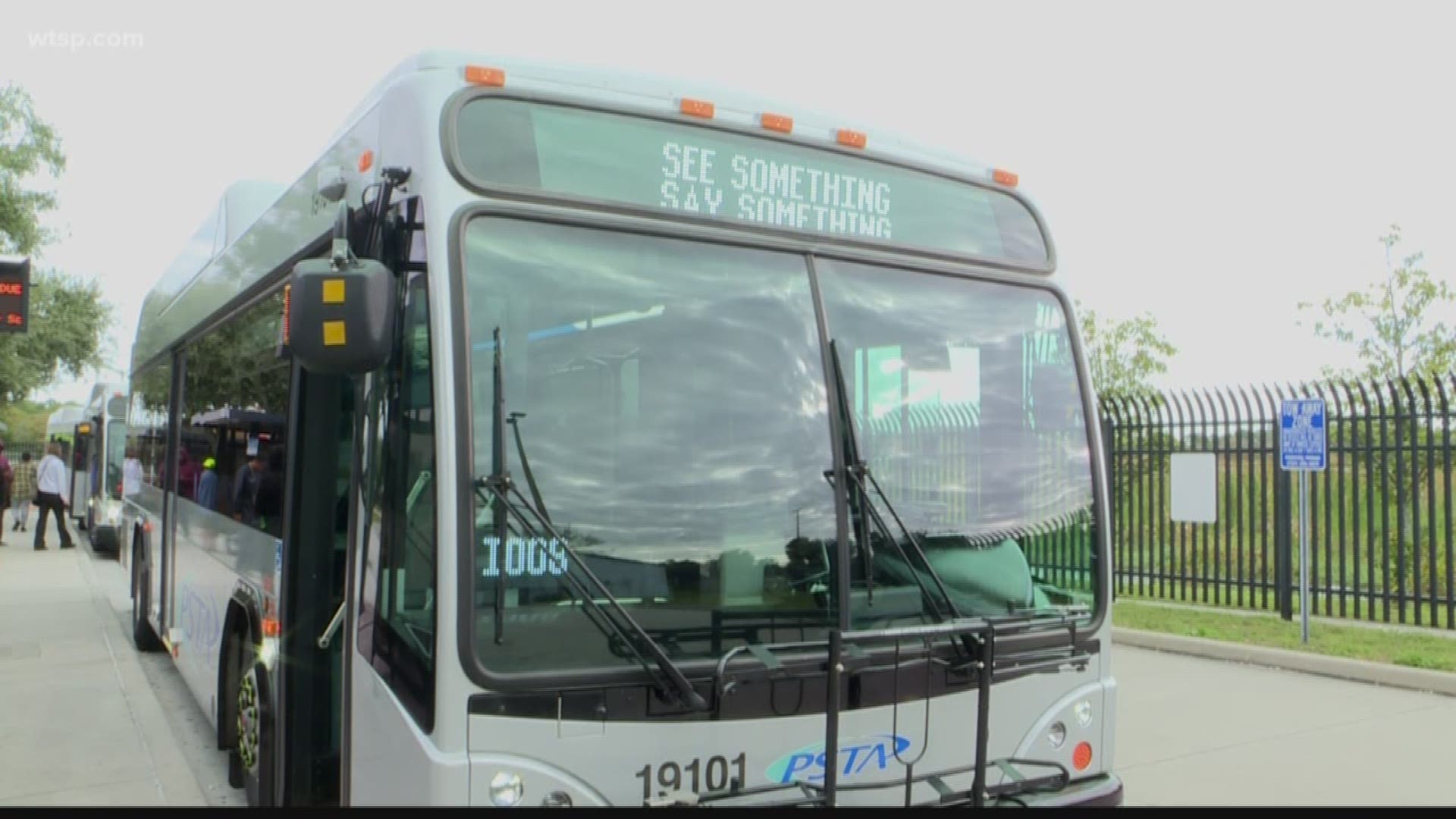 That’s why the Pinellas Suncoast Transit Authority is training drivers to recognize the signs of human trafficking.

It’s all part of a new program they’ve launched called “The Eyes of the City.” With safety in mind, bus drivers will be looking for signs of a person being disoriented or confused or showing signs of mental or physical abuse.

There’s even new signage on the bus encouraging riders to say something if they see something. Those words are also written in Spanish.

Organizer Addy Rodriguez says PSTA bus drivers often go above and beyond to help riders. She calls them anonymous heroes.

“We have video and audio in every single bus and that’s how we noticed they are always doing more than they are supposed to do. They are always assisting people. It doesn’t matter what is the reason,” she said.

Florida ranks third in the U.S. for human trafficking behind California and Texas. Authorities say traffickers sometimes use public transportation to move victims.

The Eyes of the City was created in May of 2019 and as of today, a total of 78 staff members have been trained through this program.

Bus operators meet two to three times per month to receive an updated overview of information. The next class will be Saturday.