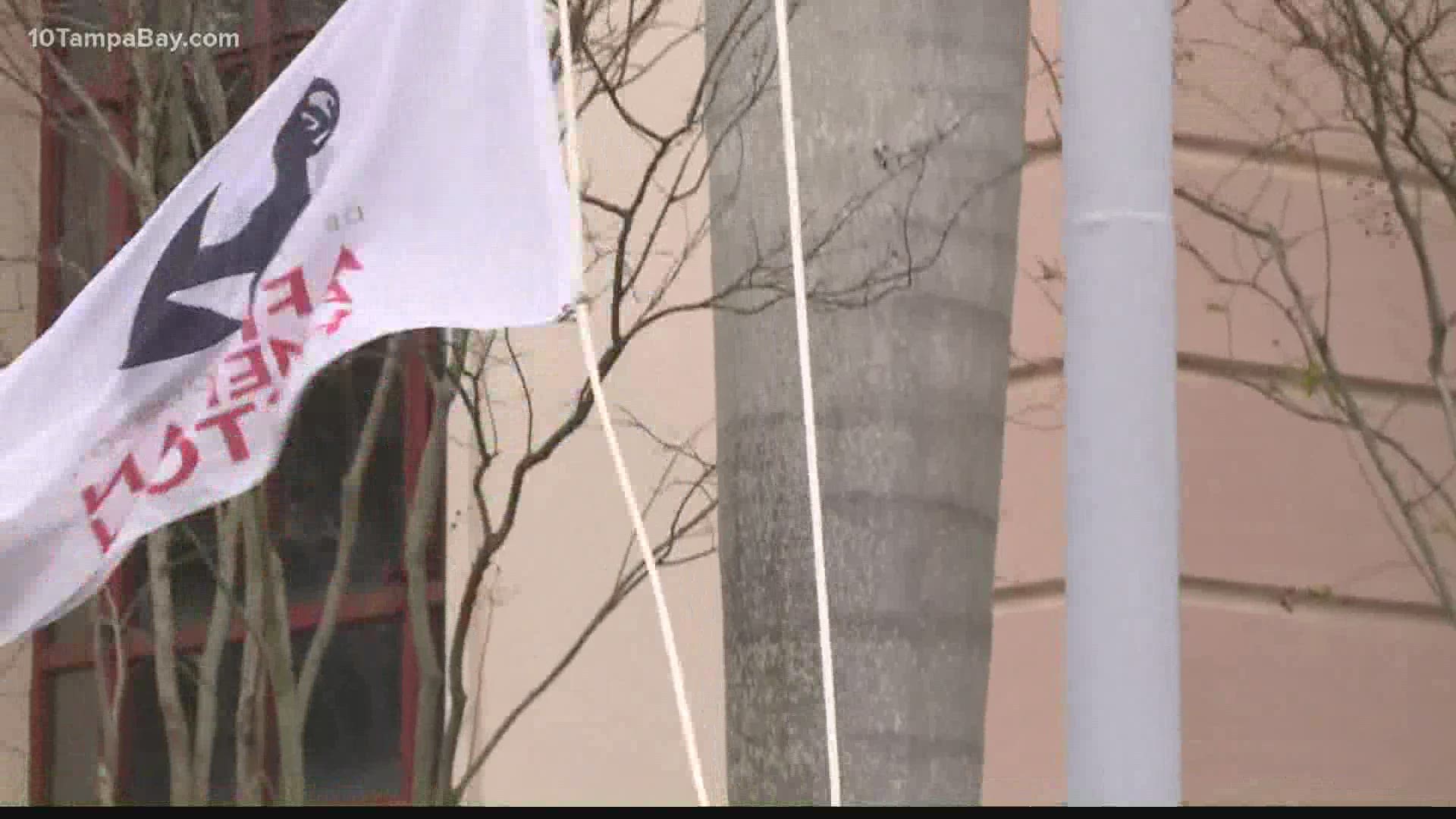 ST. PETERSBURG, Fla. — Once again the city of St. Petersburg marked the start of Black History Month with a ceremonial flag raising at city hall.

Black History Month initially began as “Negro History Week,” it was the "brainchild" of historian Carter G. Woodson, according to history.com.

Over the decades to follow, cities across the country began recognizing the celebration of achievement. It wasn't until the late 1960s, when the United States saw the civil rights movement, that  college campuses began honoring Black History Month.

In 1976, President Gerald Ford officially recognized Black History Month and asked the public to “seize the opportunity to honor the too-often neglected accomplishments of Black Americans in every area of endeavor throughout our history."

The theme for Black History Month 2021, selected by the Association for the Study of African American Life and History, is "The Black Family: Representation, Identity and Diversity."