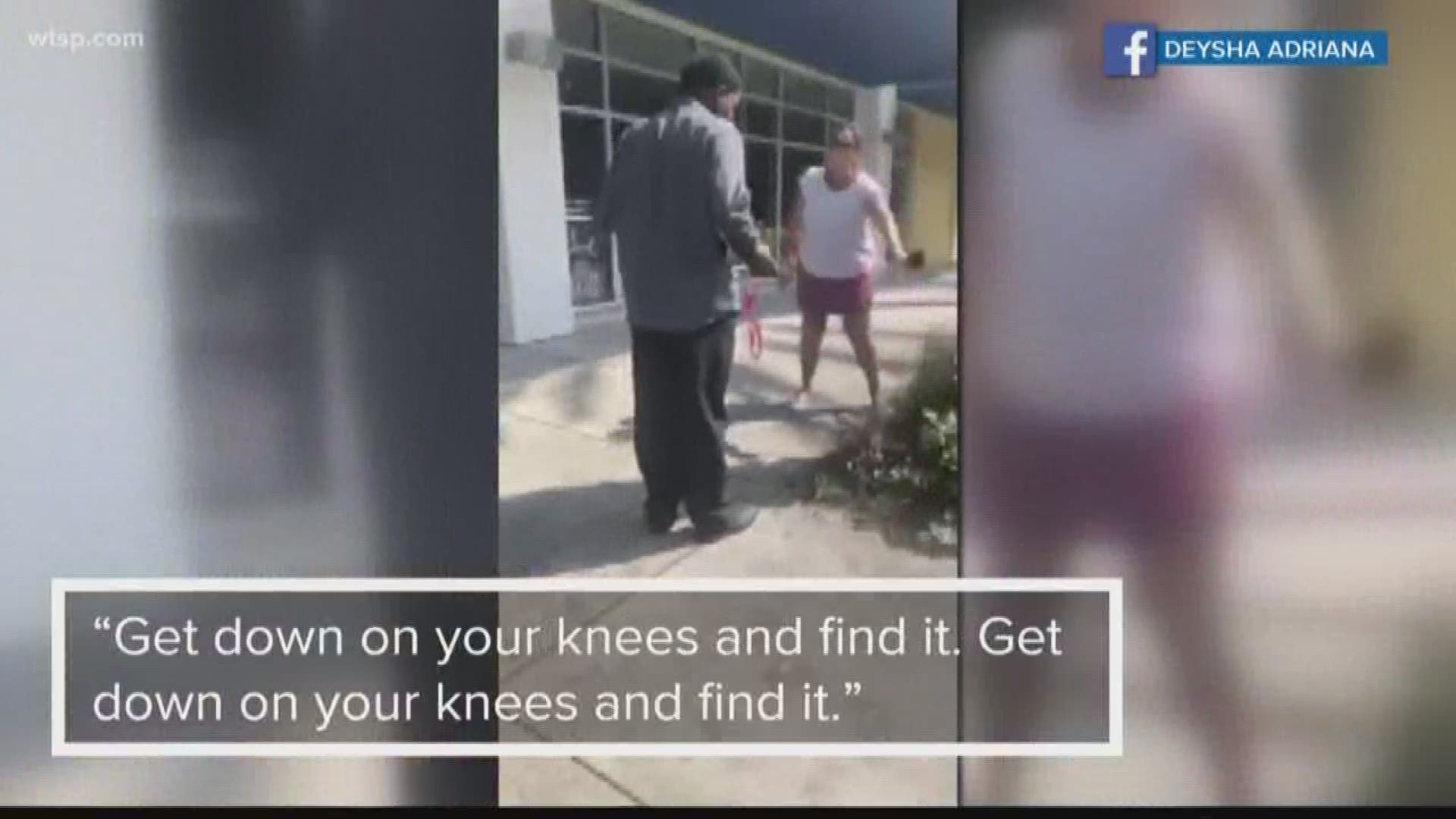 ST. PETERSBURG, Fla. — Barry Henry knows what he did was wrong.

The 14-year-old admits he threw a gum wrapper on the ground as he walked from church with his grandma and cousin Sunday evening near Williams Park in downtown St. Petersburg.

But he also knows what a woman did in response is even worse.

“I thought she was going to attack us,” the teen told 10News. “The lady was telling me, ‘Just pick it up,’ real loud and just yelling and everything, crazy.”

In a video recorded by his young cousin, and later posted by his sister on Facebook, a middle aged-looking white woman can be seen—and heard—screaming at the black teen to pick up the wrapper.

The woman then mutters something unintelligible before calling the teen a n*****.

The 14-year-old, who stood silently during the entire encounter, said he’d never been called a n****** before.

“I never thought that somebody would say that because it’s 2019,” Henry said. “Who would say anything like that?”

Henry said he, his cousin and grandmother walked away when a security guard in a nearby building came out to see what was going on.

“I was in shock, I was sad, I was mad, I had every emotion there possibly could be,” said the teen’s mom, Tykeshia Henry-Burch, who admits she thought he was joking about it at first.

“I’ve never even dealt with that to the point where someone was saying that to my face.”

Even St. Petersburg City Council member Steve Kornell shared the video, asking for help identifying the boy so he can be honored at this week’s council meeting.

“If anyone knows this young man I would love to honor him at this week’s City Council meeting for his extreme politeness towards this woman who did not deserve it at all. It says a great deal about him and about her,” Kornell wrote.

Comments range from applauding how the teen reacted to calling for help identifying the woman.

Henry-Burch, who said her daughter went against her orders in posting it, doesn’t care to identify the woman.

“I’m not a vindictive person and I’m not a retaliatory person so it doesn’t matter to me,” she said. “We will pray for her and hope that she gets the help that she needs because she does need help.”

In a tweet, St. Petersburg Mayor Rick Kriseman said the attack was "disappointing and disturbing."

"Deeply disappointing and disturbing, a wholly unacceptable verbal attack that I would hate to witness anywhere, but especially here in our Sunshine City. There is still much to be done to ensure we live in a safe, inclusive, respectful society."

RELATED: 'You know what, it was unfortunate': 'Taco Truck Tammy' speaks out

RELATED: Customer tells Puerto Rican woman to 'go back to her own country' after she spoke Spanish