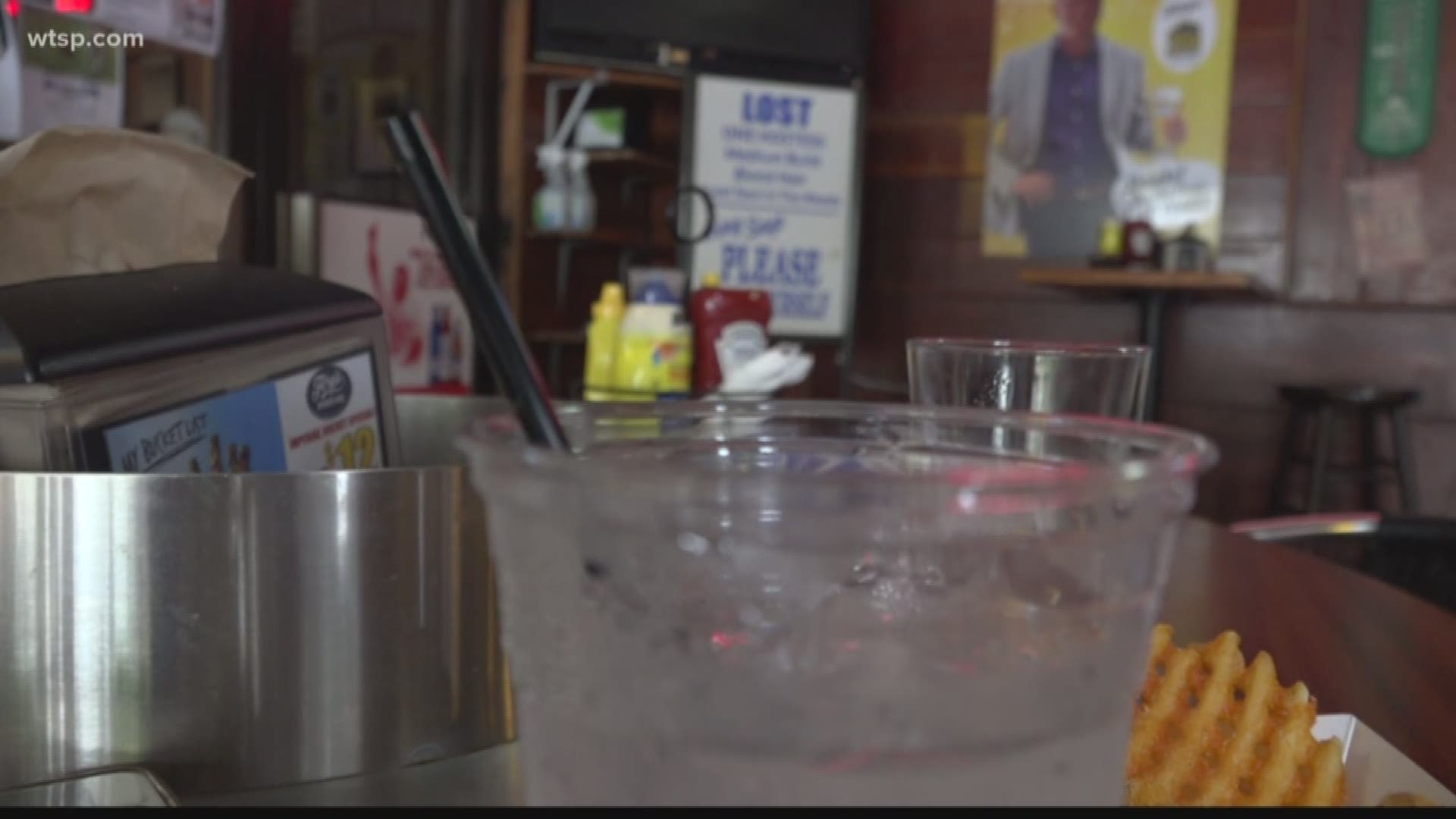 "I think {limiting} all single-use plastics should be looked at and considered," said District Six city council member Gina Driscoll on Tuesday.

"One of the reasons that I decided to do this is because straws have become one of the top polluters of our waterways," Driscoll said.

"I understand Gina {Driscoll} is building support for an ordinance around plastic straws, and we're not sure what that ordinance might look like yet, but regardless, this is an important conversation to be having," Kriseman said.

Treasure Island city commissioners stopped short of passing its own ordinance in 2016, partly because it could have a negative effect on businesses, mainly restaurants.

The city of St. Petersburg will continue its discussion on reducing and possibly eliminating plastic straws at 10:30 a.m. Thursday during the Health, Energy, Resiliency and Sustainability Committee meeting.

Several U.S. cities have banned or limited the use of plastic straws in restaurants such as: