You'll want to think twice before you flush those wipes. 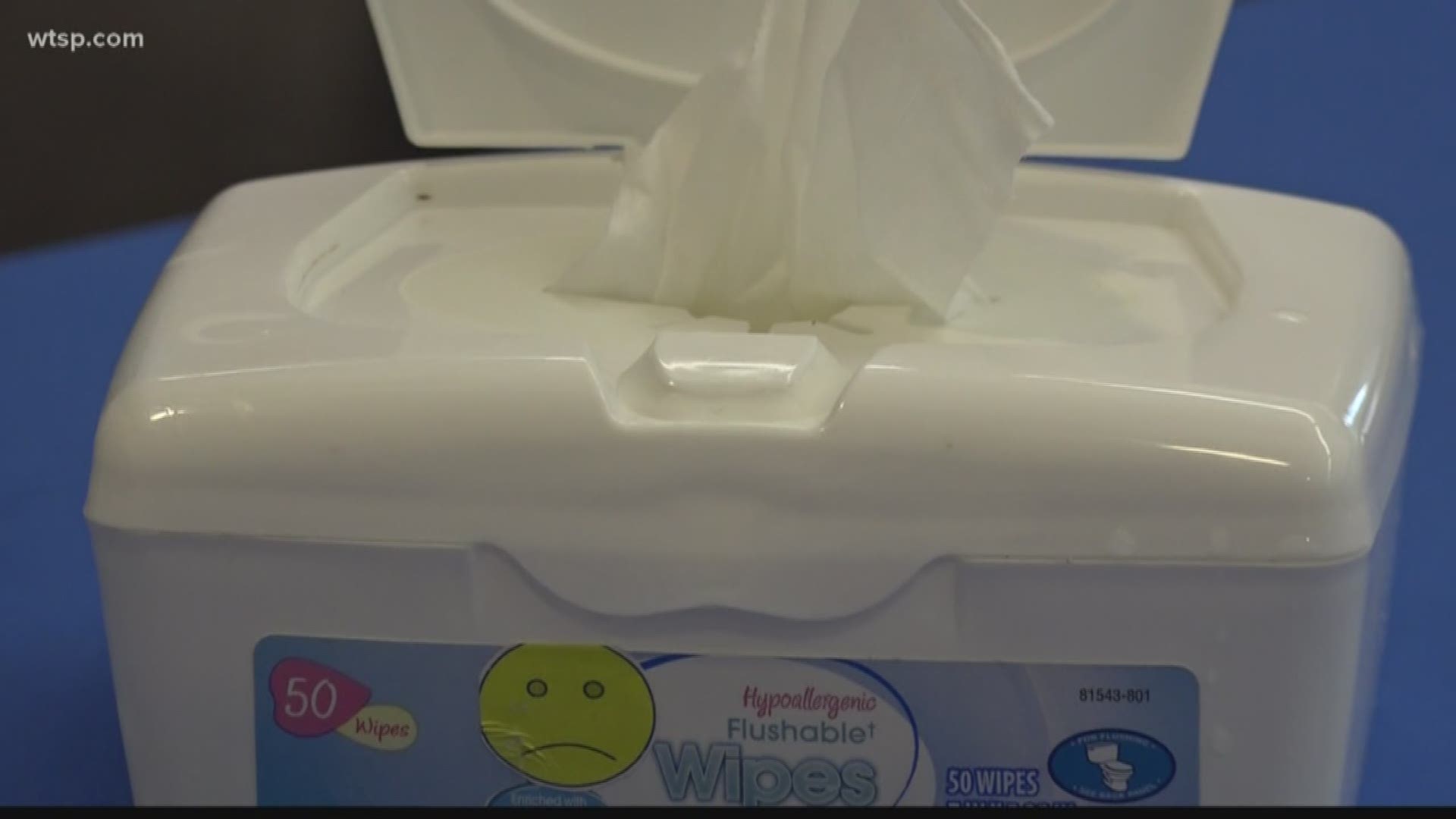 ST. PETERSBURG, Fla. — Flushable wipes might not be so flushable, according to leaders with Pinellas County Utilities, who say the popular hygiene items are causing clogs and backups in the local sewer systems.

"Our message to the public is only three things belong down the toilet; number 1, number 2 and toilet paper,” said Shea Dunifon of Pinellas County Utilities. "Put those flushable wipes in the trash."

Dunifon says people don't understand what happens if wipes, whether flushable or not, get clogged inside the pipe that connects their home to the public sewer system.

“They are clogging our pipes and our pumps,” she said, adding that many wipes that are marketed as flushable often have fine print that says they are not suitable for all sewer systems.

Additionally, because in areas like St. Pete, the sewer systems are aging, they are not equipped to handle the thicker wipe material.

Crews in areas like St. Pete and Pinellas Park say they are constantly clearing clogs with special equipment that often sucks out gallons and gallons of wipes.

Dunifon says the best solution is to throw the wipes in the trash so they don’t clog your pipes or overload the city and county systems, which could end up costing you as a homeowner or as a taxpayer.