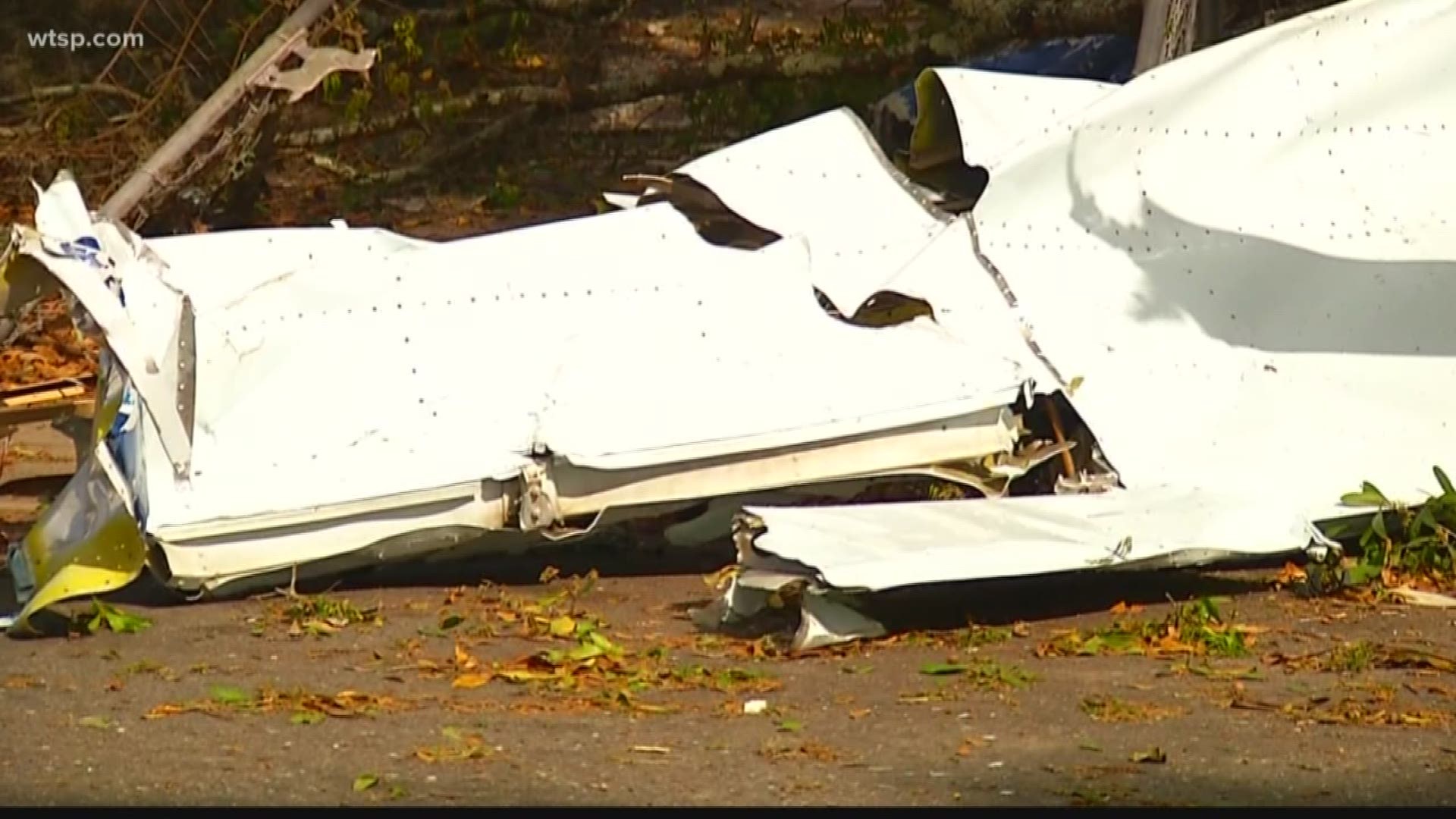 BARTOW, Fla. — Two people are dead after the small plane they were in crashed down into a neighborhood Thursday in Polk County.

The plane crashed around 11:15 a.m. on Weston Road near David Drive in the Eagle Lake area by Bartow, Fla.

Deputies said a married couple was on the plane. They were Bonnie Powell, 73,
and Dennis Powell, 76, of Port Orange, Florida.

Based on preliminary information, the FAA said the aircraft was a Mooney M20J. The single-engine, fixed-wing aircraft was found in the front yard of a home.

Both people inside the plane were dead when emergency crews arrived.

Nobody in the neighborhood was hurt.

The National Transportation Safety Board is on the way to the crash site. Polk County deputies are holding down the scene until investigators arrive.

It was not immediately clear where the plane came from, but the crash happened less than two miles away from Bartow Executive Airport. The airport had no comment when reached by 10News.

FAA investigators are on their way to the area. The National Transportation Safety Board will determine the likely cause of the crash. 10News called the NTSB, which was unable to release any additional information just yet.

Credit: Angela Clooney
Wreckage of a small plane loaded onto a flatbed as NTSB investigators look for the cause of a crash that killed two people in Polk County