Joseph Mills, 58, has been charged with first-degree murder, sexual battery and burglary with assault and battery. 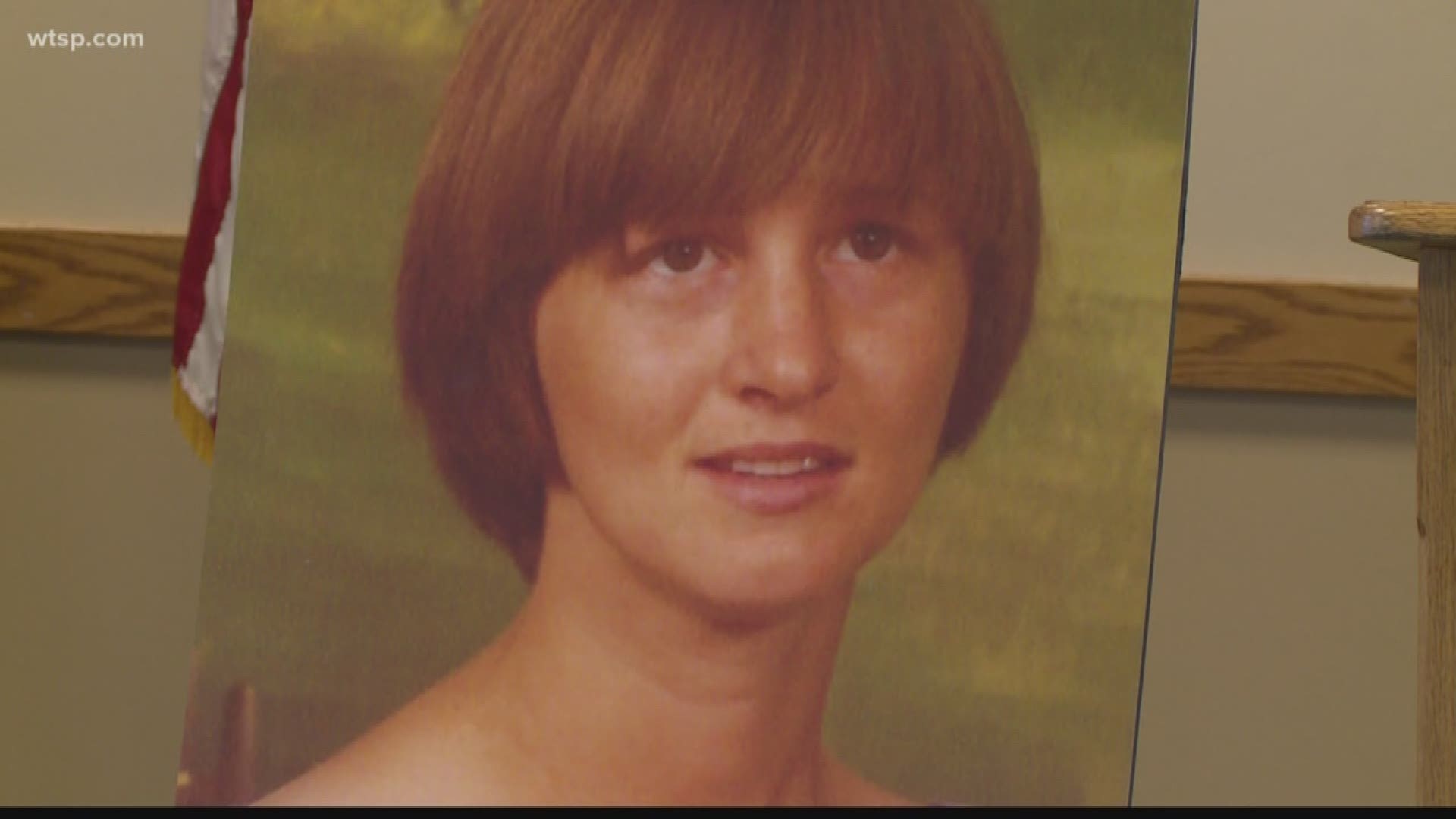 Joseph Mills, 58, was arrested and charged with first-degree murder, sexual battery and burglary with assault and battery in the 1981 murder of Linda Slaten.

Officers say on Sept. 4, 1981, Slaten was found dead in her apartment off Brunnell Parkway. She was 31 years old and her two young sons were sleeping in their rooms the night she was killed.

Detectives say fingerprints from a previous unrelated arrest in 1984 and recent DNA gathered helped to match Mills to the evidence from the 1981 crime scene.

During a Thursday news conference, authorities said they were able to match Mills to evidence from the scene thanks to a genealogy database. The Florida Department of Law Enforcement didn't say what relative of his donated the match, but did say their DNA helped detectives narrow down the search.

Once they interviewed other family members who had similar DNA to what was found at the crime scene, detectives got a search warrant to get Mills' DNA through his trash.

More than 20 detectives have been involved in this case over the years, and Jeff Slaton said he even named his son after one of them.

Investigators said Mills was Tim's football coach and would take him home after games and practice.

Tim Slaton also said he had been in the car with Mills alone multiple times after the murder and had no idea the man had killed his mother.

"When they told me the news I was in shock," Tim Slaton said, noting he never considered it could be Mills.

With Mills now a suspect, detectives realized he’d been arrested for an unrelated crime in January 1984.

They pulled those records and found they matched fingerprints lifted from Slaten‘s window at the apartment where she’d been murdered.

“My biggest thing is why. Why what do you want to do that to someone?” asked Jeff. “We didn’t have nothing. Why would he have to do that to my mom?”

Lakeland Police say the Slaten brothers never gave up on finding their mother’s killer and would visit the department frequently to ask if there were any new leads.

Over the years, more than 20 detectives at Lakeland PD worked on the case.

Detectives say Mills is unemployed, married – and has children of his own.