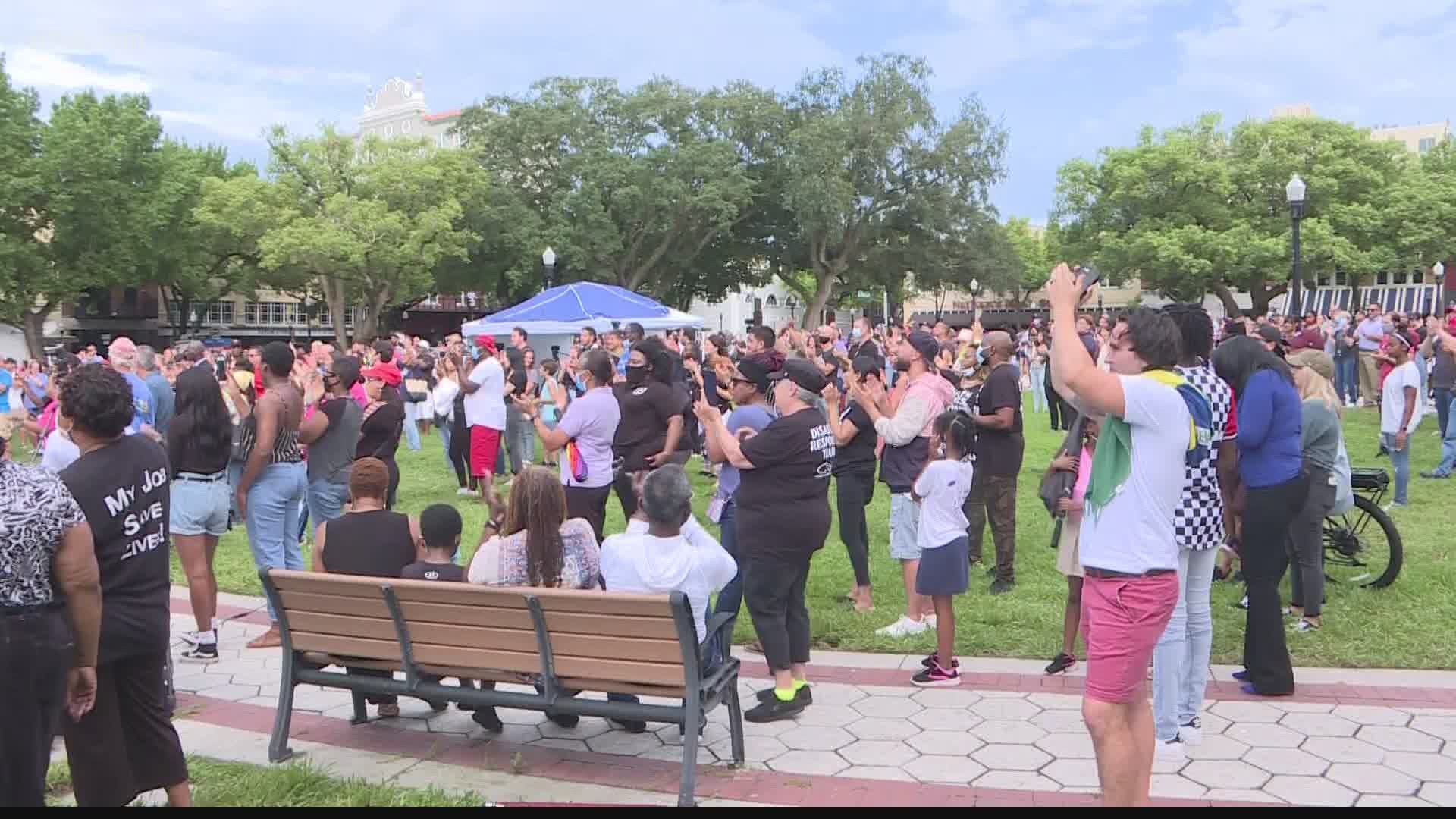 LAKELAND, Fla. — Calls for a better country for everyone continue across the nation after the arrest and death of George Floyd.

"In the name of Jesus, racism must die. It has to start with us in Jesus name," Pastor Jeff Scott said.

Pastor Scott brought a crowd of hundreds together at Munn Park. Hands to sky and hearts united, the city prayed for equality after George Floyd's death.

The multicultural, citywide event was held to educate, heal, strengthen, promote and celebrate racial solidarity. Regardless of their race, background, or politics, everyone prayed for change in their community.

"We have to all work together to make our lives better. It doesn't matter if you're young or old or what color you are it doesn't matter. We need to live together," Amabel Traylor who attended the event said.

While prayers continued, Polk County Sheriff Grady Judd took the time to listen to people in the crowd while reflecting on George Floyd's death.

But for many in the crowd, George Floyd didn't die in vain. They say his death has spurred the action needed to move the country forward.

"The death of Emmett Till that started a civil rights movement, and this is like a parallel to me. I grew up in segregation. I had cousins that were sprayed and pushed back by hoses. This isn't the worst I've seen," Cappie Walker said.

"It's going to take time and it may take 50 more years, but at least we keep the struggle alive," Walker said.

RELATED: 'Time to end it': From the streets of Plant City to the Capitol, protester says she's not stopping