The woman later died at the hospital. 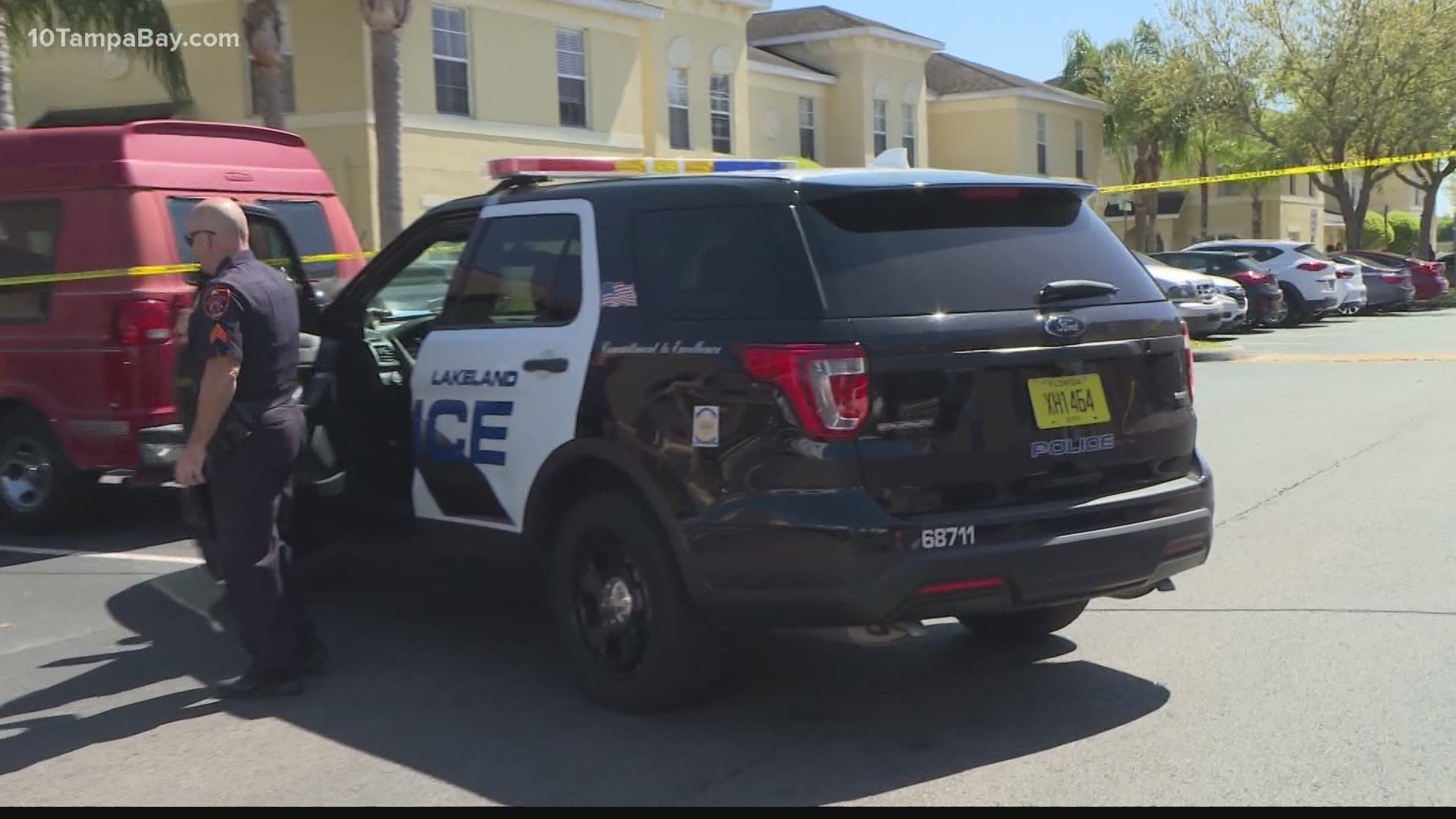 LAKELAND, Fla. — Police responding to a domestic call at a Lakeland townhome complex saw a man shoot a woman, and an officer reacted with gunfire of his own, authorities say.

Officers were dispatched at 6:25 a.m. Sunday to the Cobblestone Landing townhomes, located off Walt Loop Road, after somebody called 911 to report a man with a gun.

The Lakeland Police Department says three of its officers arrived at the Cobblestone Landing Townhomes and quickly spotted a man with a handgun standing with a woman in the parking lot.

As the woman turned toward one of the officers, police say the man pointed his gun and shot her in the abdomen. Officer Brent Behrens returned fire and killed the gunman, who the department identified as 35-year-old Howayne T. Gayle.

"The officers reacted to the violence perpetrated to the victim," Lakeland Police Chief Ruben Garcia said.

The 37-year-old woman was rushed to Lakeland Regional Health, where she later died.

"Detectives have since learned that the victim and Gayle had been in a romantic relationship prior to a recent break-up. Gayle came to the townhome this morning and broke into the residence after he was not allowed entry into the home," the police department wrote in an update emailed Sunday afternoon.

Police said the woman's daughter was inside the townhome at the time of the shooting. She was not hurt.

"Certainly, you have a lot of folks that live here in close proximity and you will have domestic disturbances – as you would in any community, but this is a relatively safe community," Garcia said. "Very good neighbors here. We don't have many calls for service here at all."

As is standard protocol in an officer-involved shooting, there will be two independent investigations into the case. The Lakeland Police Department's Violent Crimes Unit will investigate the shooting itself, while its Office of Professional Standards will undertake an administrative review. The findings of both investigations will be sent to the State Attorney's Office.

Officer Behrens – who has been with the agency for 3 years – will be on paid administrative leave during the initial stages of the investigation, which is also typical procedure in such situations.

The other officers on the scene were Officer Kenneth Jones, who has worked for the Lakeland Police Department for 5.5 years, and Officer Doris Diaz, a 19-year veteran of the police force.