FWC trapped and killed the gator. 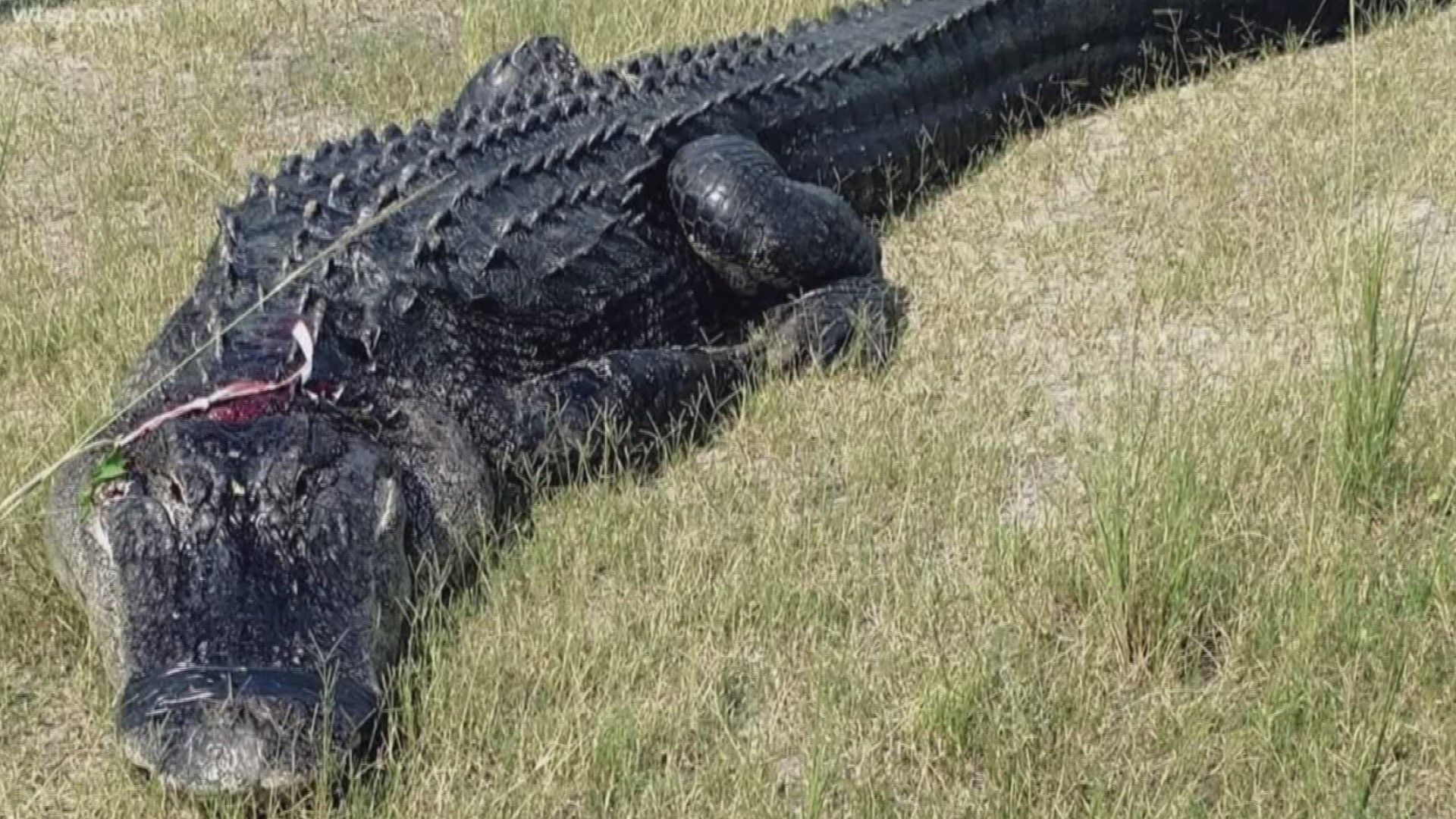 FORT MEADE, Fla. — WARNING: The following story contains details, provided by law enforcement, that may be disturbing to some readers.

The Polk County Sheriff’s Office has now confirmed a 45-year-old man’s body, found earlier this week, was partially eaten by an alligator.

The body was found floating in the water Thursday on the property of The Mosaic Co., which does mining along Highway 630 just west of Fort Meade.

Deputies said a company employee saw the 11-foot, 10-inch gator had part of the man's body in its mouth. The 449-pound reptile released the body by the time law enforcement showed up.

The Florida Fish and Wildlife Conservation Commission trapped and killed the gator. A necropsy revealed the man's hand and foot were still inside the gator.

An autopsy showed the victim had other lacerations and injuries caused by the alligator. However, according to authorities, his apparent cause of death is drowning, pending a final toxicology report.

The Mosaic Company said Mr. Ford was not an employee.