Polk County commissioners voted 3-2 to extend hours for Sunday beer and wine sales to between 7 a.m. and 2 a.m. 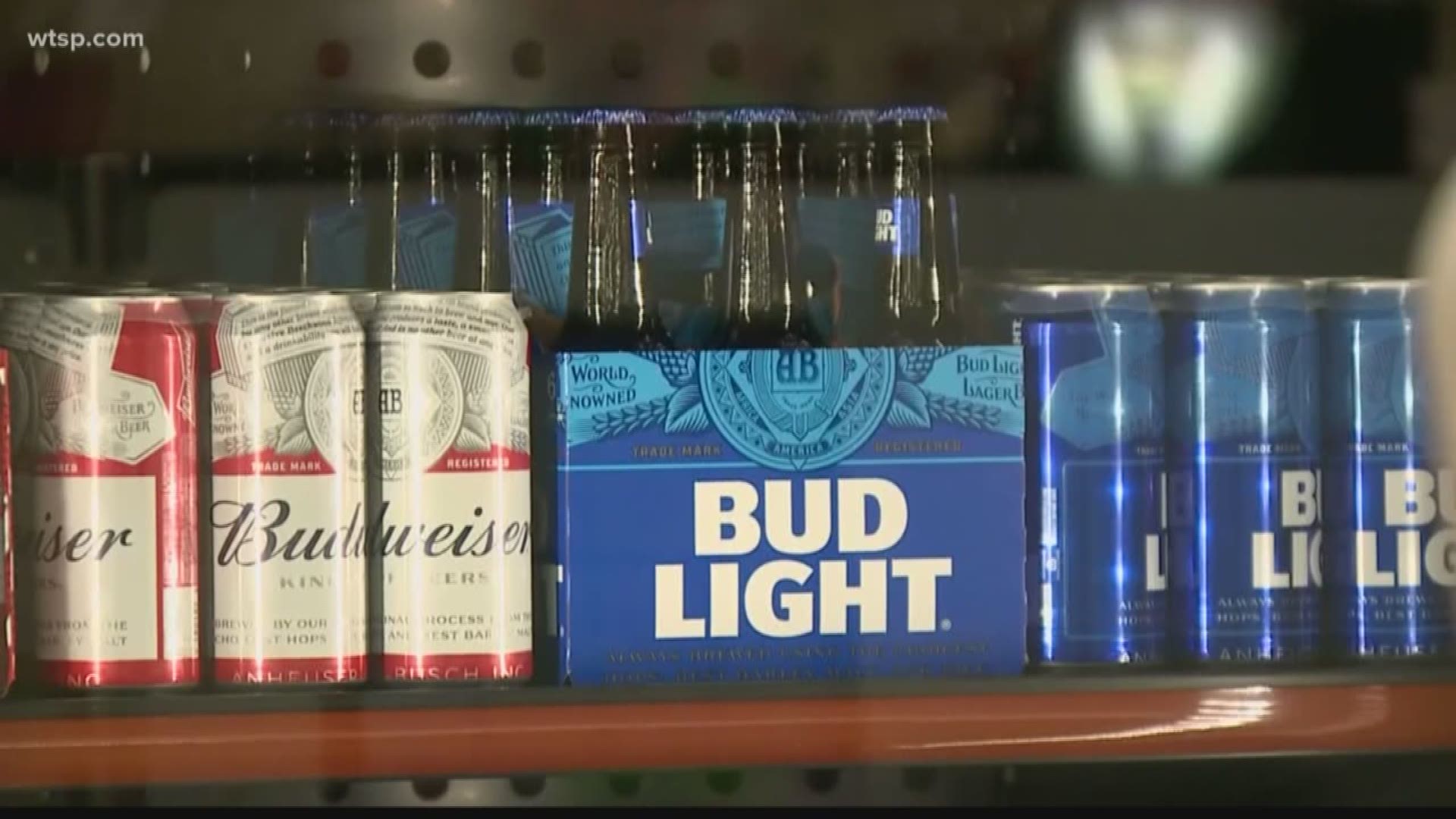 BARTOW, Fla. — It just got a little easier to buy alcohol earlier on Sundays in Polk County.

Polk County commissioners on Tuesday voted to extend the hours of Sunday alcohol sales in unincorporated parts of the county. The proposal passed 3-2.

But there's a catch.

"Ultimately, this is a pretty watered down deal," said county commissioner Bill Braswell.

Braswell's proposal extends the hours of Sunday sales to between 7 a.m. and 2 a.m. instead of the current noon-midnight restrictions.

However, the change applies only to packaged beer and wine sales. Sunday liquor sales would still be prohibited, making Polk one of the few remaining counties in the state to enforce such restrictions.

The change would have no impact on sales hours for bars and restaurants, according to Braswell.

"The only people who are going to benefit are the 7-Elevens, the beer and wine stores," he said. "The bars, they get nothing out of this."

In the past, many business owners have argued they've been put at a competitive disadvantage because some cities within the county, including Lakeland and Lake Wales, went ahead and lifted restrictions on sales before noon.

"We hear all the time about people dying," said Commissioner John Hall, who remains a holdout.

Hall argues the daily paper with details of DUIs and crashes is reason enough for him not to support extending Sunday sales. He doesn't see it as a fairness issue.

"People have been out already drinking—if they are prone to do that—in bars on Saturday nights. Just give us a break, all of us," he said. "There's a lot of things that go on in different counties and municipalities that we could just go down and make a list, but we don't have to."

Sunday sales restrictions in Pinellas County were scrapped in 2017 in favor of allowing sales between 8 a.m. and 3 a.m. seven days a week. Manatee and Sarasota counties enforce similar alcohol sales hours on Sunday.

In Hillsborough County, which neighbors Polk, fairly restrictive Sunday hours are still in effect in unincorporated areas of the county where alcohol sales are not permitted before 1 p.m. But in cities like Tampa, you can buy alcohol before noon.

Sunday alcohol sales in Pasco County are permitted between 11 a.m. and 2 a.m.