More than 130 flies, 1,000 insect wings and rodent droppings were among items a health inspector found. 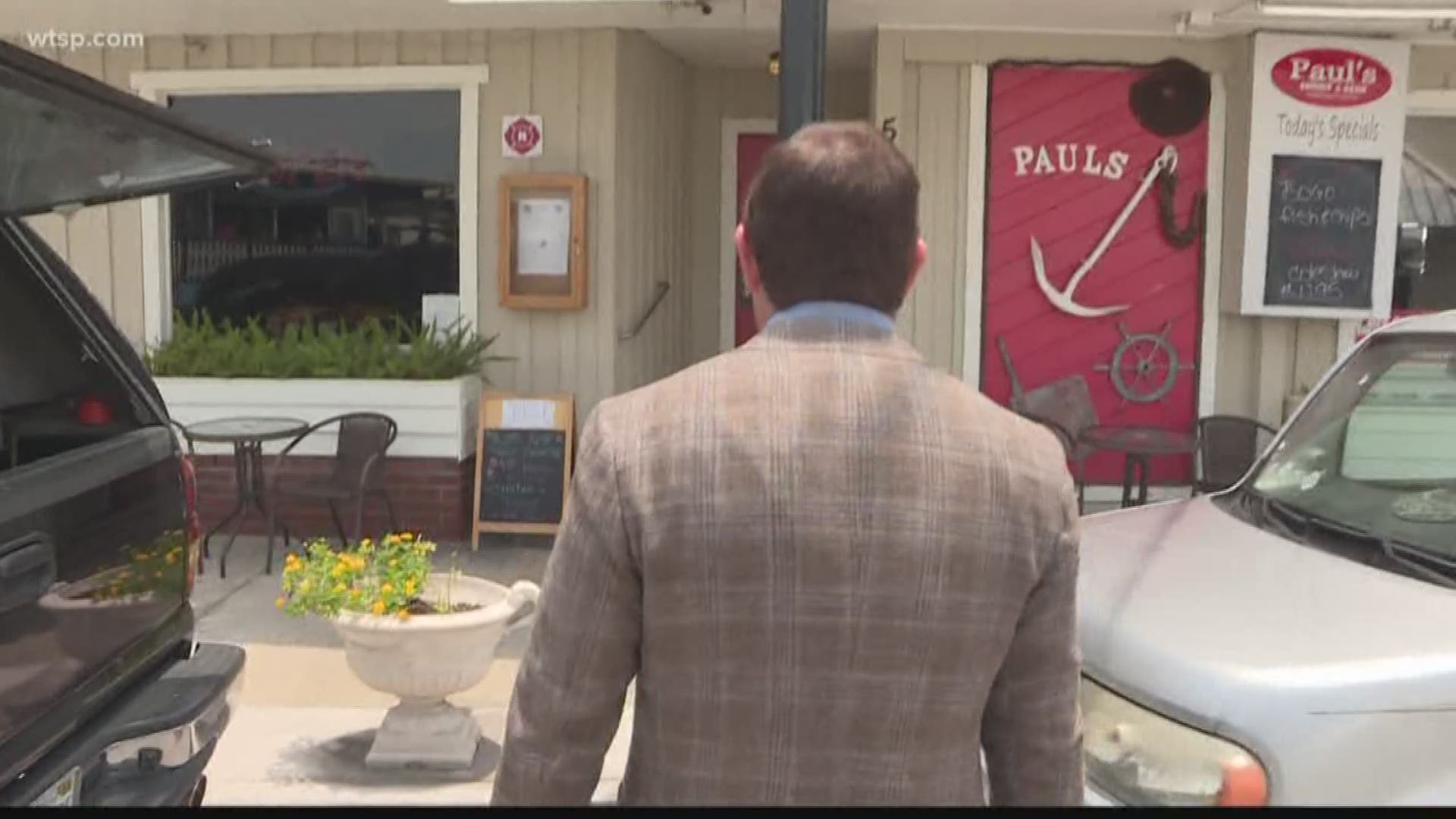 TARPON SPRINGS, Fla. — Just one block from the famous sponge docks, Paul’s Shrimp House has been serving up seafood since the 1940’s.

“We’ve been coming here since I was a kid,” said Carol Kamin while sitting with her childhood friend Tammy Lyman. “We get the boiled shrimp, the Greek salad and it’s just delicious food.”

The women had no idea about the restaurant's long list of health code violations just one week ago. A health inspector with the Florida Division of Hotels and Restaurants documented 21 violations on May 30, including:

“I’m very clean in my own kitchen so I don’t want to imagine what could or cold not be going on with your food,” Lyman said.

But creepy critters weren’t the only problems. The restaurant was also written up for temperature violations on the potato salad and seafood lasagna, which was ordered to be thrown out. It was tested at 51 degrees after being prepared the night before.

10News stopped in Tuesday to check on the updated conditions.

“We were on it and they came and they did that they had to do, thank God,” said Head Chef Robert Galeazzo.

But state records show a history of some of the same violations at Paul’s Shrimp House.

Galeazzo says the restaurant takes care of problems as they come up and don’t provoke the pests.

The chef showed a reporter improvements that were made in the kitchen, including hand washing sinks stocked with soap and paper towels.

It also appeared the restaurant’s issue with flying insects was mostly alleviated, although a few dead insects were found.

There were also what appeared to be two to three fruit flies under the dish washing machine where the health inspector found problems a week earlier.

The only other issue was some moldy zucchini in the restaurant’s walk-in cooler.

No new rodent droppings were found, and despite the remaining insects, customers seemed glad to hear things were improving.

“I really don’t want to think about it while I’m eating, but we live in Florida,” said Lyman. “We have flies and bugs and things everywhere and you can’t always be 100 percent sure, but them allowing you into the kitchen…made us feel a lot more comfortable.”

Paul’s was cleared to reopen the following day.

You can view their entire inspection history here.

Here's a list of other Florida restaurants closed down in May: