What's for lunch? Restaurant closes down after viral video exposes meat thawing outside

Li’s Chinese Kitchen closed its doors this past weekend, and customers say the restaurant hasn’t reopened since. 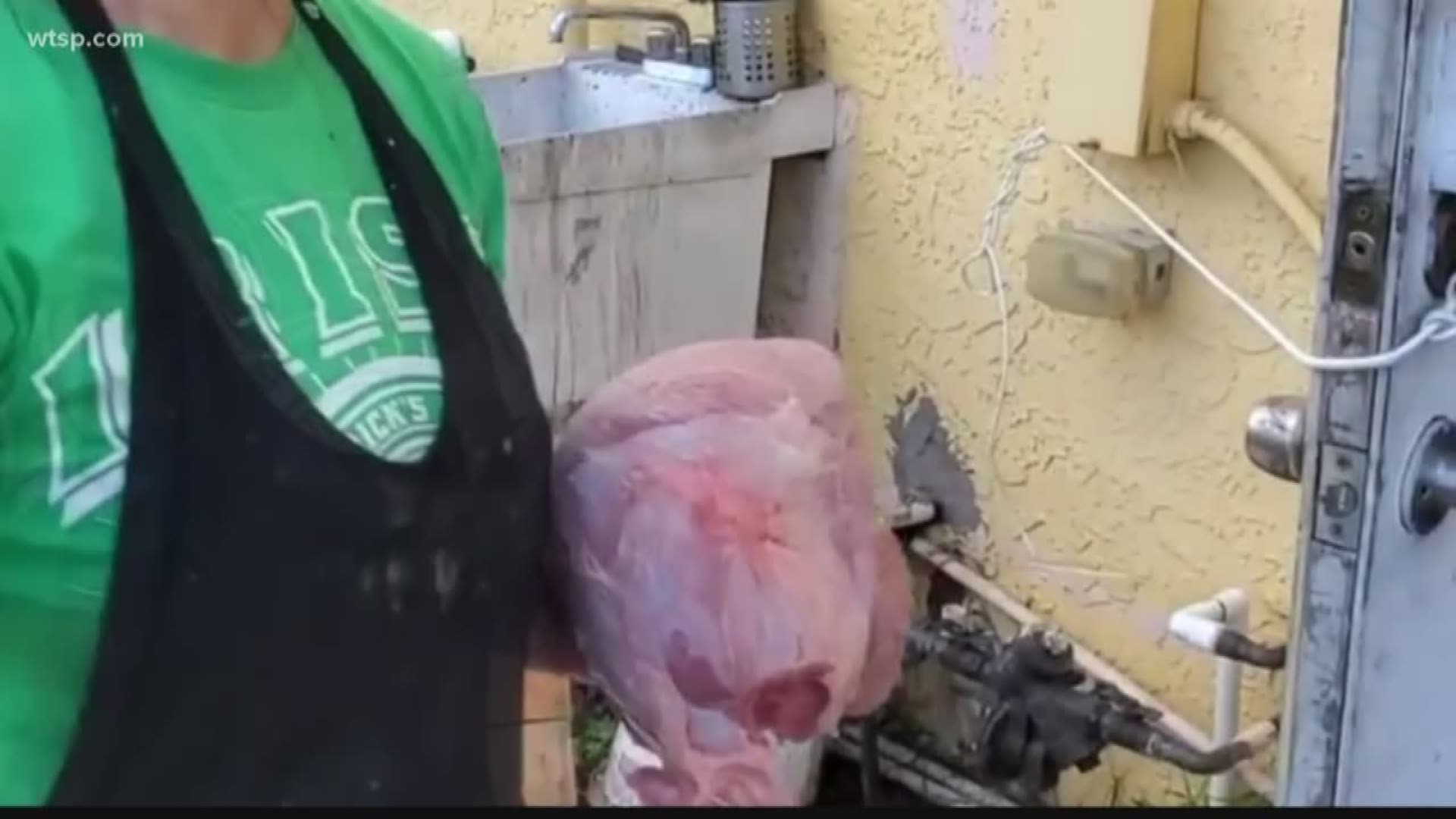 The video, originally posted to Instagram and then shared hundreds of times on Facebook, appears to show raw meat thawing outside in a utility sink behind the restaurant, while other food is stored on the floor just feet away from an open door,

“Look where they got the meat thawing out,” said Jay White during his Instagram video, which was posted over the weekend.

White says he was just outside Li’s Chinese Kitchen off U.S. 19 in Port Richey looking for a hose to clean off some equipment when he noticed the meat thawing.

He immediately took to Instagram to expose what he saw.

“It was like seeing a dead body,” White says of the shock over his discovery.

“They got the meat thawing out in this nasty a** sink, outside,” White said on his video.

White returned a short time later to confront employees over how they were handling the food.

“What’s that meat there for?  You serve that to people,” White can be heard asking employees.

The video also documents what appears to be food stored on the floor just inside the open kitchen door.

“You ‘all got noodles right there!  And you got meat on the floor in there. You can’t do that man,” White tells employees.

When a female employee attempts to take the meat back inside, White objects.

“No!  take that meat to the dumpster!”

Egger has questions about how long the meat was allowed to sit in the sun and serious concerns about possible contamination.

Li’s Chinese Kitchen has failed to meet state inspection standards on eight out of its last 10 inspections since 2018. The state filed an administrative complaint, fining the restaurant for repeat violations related to food handling, temperature abuse, insects and potential cross-contamination.

This week, 10News stopped by but found the restaurant locked up and closed.

A man who appeared to work in the same strip mall came outside and ordered us off the property, attempting to take away our microphone in the process.

Credit: Angela Clooney / WTSP
10 News reporter Beau Zimmer ducks for cover after a man throws a portion of his microphone.

Renee Canoro often orders takeout from the restaurant and says it’s important for customers to know how their food is being handled.

“When I saw what that guy posted on Facebook, I immediately felt disgusting. I felt so sick,” says Canoro. “They need to reevaluate their situation in there and clean everything up and start over.”

10News has reached out repeatedly to the owners of Li’s Chinese Kitchen, but the restaurant hasn’t returned any of our calls.

State health inspectors are aware of the video posted online, and a spokesperson for the Florida Department of Business and Professional Regulation says they are attempting to inspect the restaurant but can't if the restaurant is closed.

The state says they’ll continue checking back just in case the restaurant attempts to reopen.