St. Pete's Siam Garden Restaurant was shut down after inspectors found evidence of rodents defecating in the food. 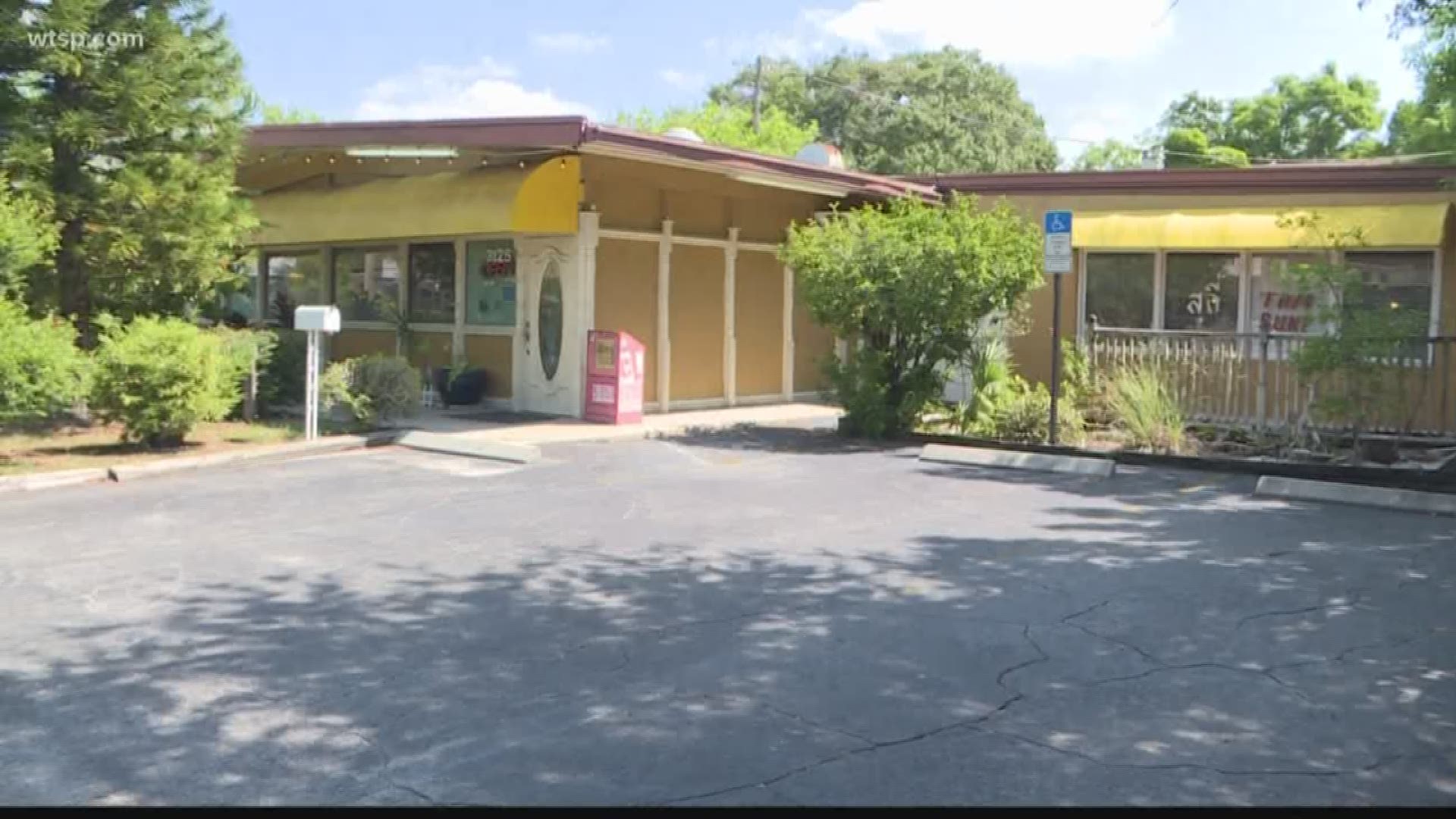 ST. PETERSBURG, Fla. — What do restaurant owners do when they don’t want to answer questions about their failing health inspections? At Siam Garden Thai Restaurant in St. Petersburg, the owner decided to use a garden hose to spray our 10News crew off the property.

Siam Garden Thai Restaurant is located along Martin Luther King Jr. Street in St. Pete and was shut down by the state last week after inspectors discovered 38 violations including evidence of rodents defecating in the food.

When 10News first arrived, restaurant staff indicated the owner would be willing to speak with us when he arrived. But a short time later, when owner Piboon Kitiratanasumpun, known as “Mr. Boon” to customers showed up, he began spraying our camera with a stream of water from a hose in front of his restaurant.

The spraying continued even as our crew moved off property eventually causing the camera to malfunction and stop recording.

It’s not the first time Siam Garden was deemed by the state of Florida to be an imminent threat to public health. Records show the restaurant was also shut two more times since 2017 with similar violations for roach and rodent activity in the kitchen.

The restaurant's violations included things like raw beef and salmon stored in the same bucket-- a possible cross-contamination issue-- temperature violations on the raw shrimp and chicken, roach activity on the cook line, along with rodent droppings and chew marks.

You can view the restaurant’s individual inspection reports here.

The inspector documented more than 50 droppings at the corner of the cook line, more on shelves in the prep area, even two inside a large bin of sugar-- sugar that had to be thrown out because of the obvious contamination.

Customer Joey Kulcinski said he’s been visiting Siam Garden since he was a child and knew nothing about the establishment’s long history of serious health code violations.

He was also surprised to learn this wasn't the first time rodent activity had been documented by health inspectors around the food.  As 10News first reported back in April, an inspector reported finding rodent chew marks on a bag seasoning around the dried onions and chili peppers and inside some small sauce dishes.

It's no wonder Mr. Boon didn't want us asking any questions about his previous violations. The state has repeatedly cleared the restaurant to reopen only to return to find more high priority violations.

The restaurant was again cleared to reopen Sept. 4.

Have a restaurant you'd like us to look into? Email redalert@wtsp.com.