Sen. Marco Rubio is blaming policies from the Obama administration for increased immigration that is leading to children being separated from their parents after crossing into the United States 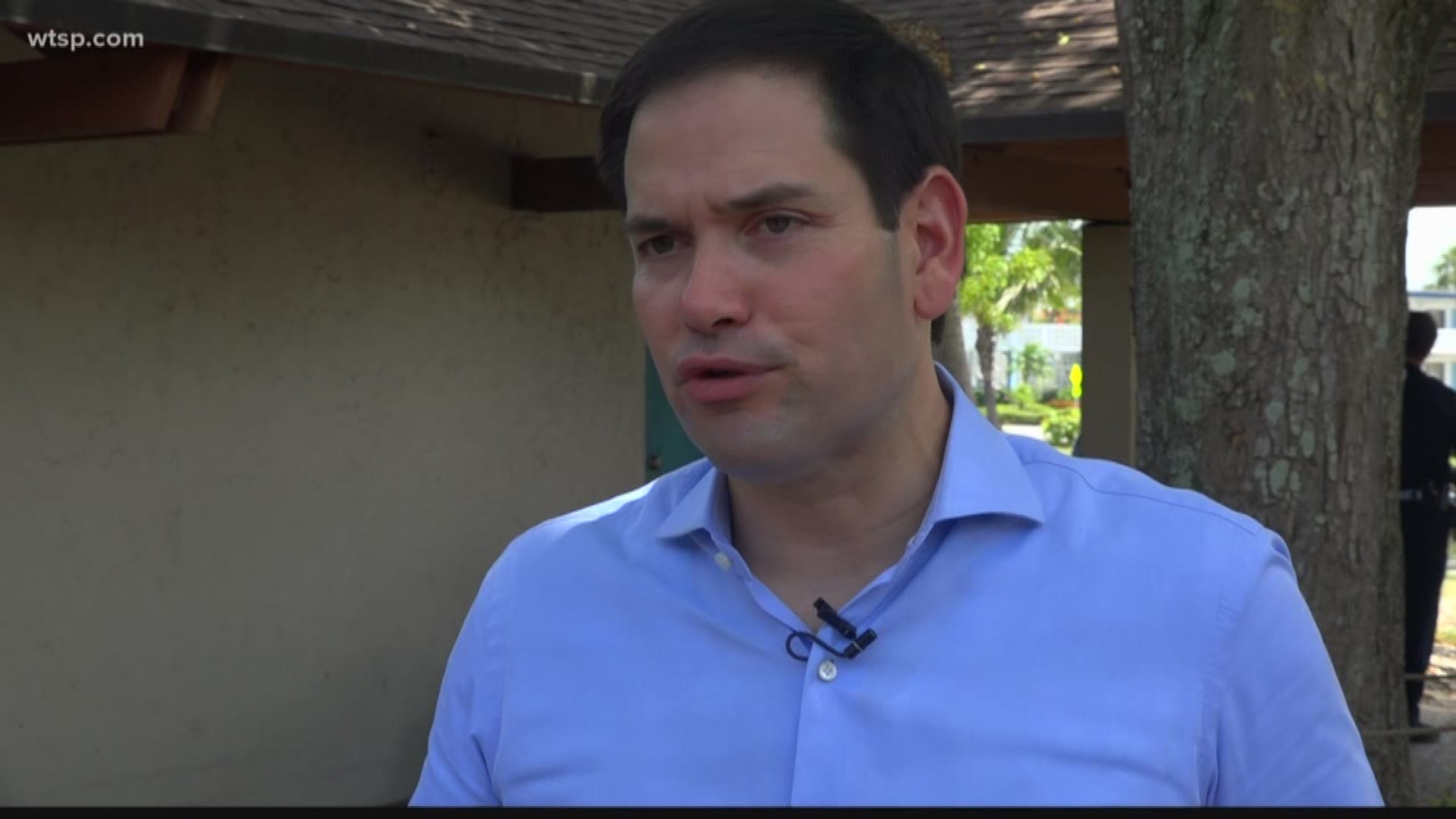 Sen. Marco Rubio is blaming policies from the Obama administration for increased immigration that is leading to children being separated from their families after crossing into the United States

The separation policy has been the center of controversy over the holding of the children in tent cities in Texas.

"This is not just some plan to cruelly torture people," he said during a visit to Sarasota on Saturday. "The Obama administration was just releasing everyone, the parents and the kids, and a significant percentage of the people they released never came back, never showed up for a hearing, never heard from them again.

"And that's a magnet. These poor people are desperate, and these trafficking groups are telling them, 'We can take you to America, all you have to do is turn yourself in and you'll quickly be released and then you're done.' And that's causing more people to come.

"So what the Trump Administration is doing -- and the president campaigned on it -- they're not going to release the adults. We're not allowed to hold the kids by law, and frankly we shouldn't. There's no family shelter capability either, so that's why this is happening."

Rubio says after the children are released from a temporary shelter, they will be turned over to family members in the U.S. or taken to a foster home.

Officials say about 2,000 children have been separated from their parents after crossing the U.S.-Mexico border in the past few weeks.

The Trump administration has blamed loopholes in immigration law for the separations. Critics have called the practice inhumane.