The owner is reported to have told police he left the car running. Officers say that wasn't the case. 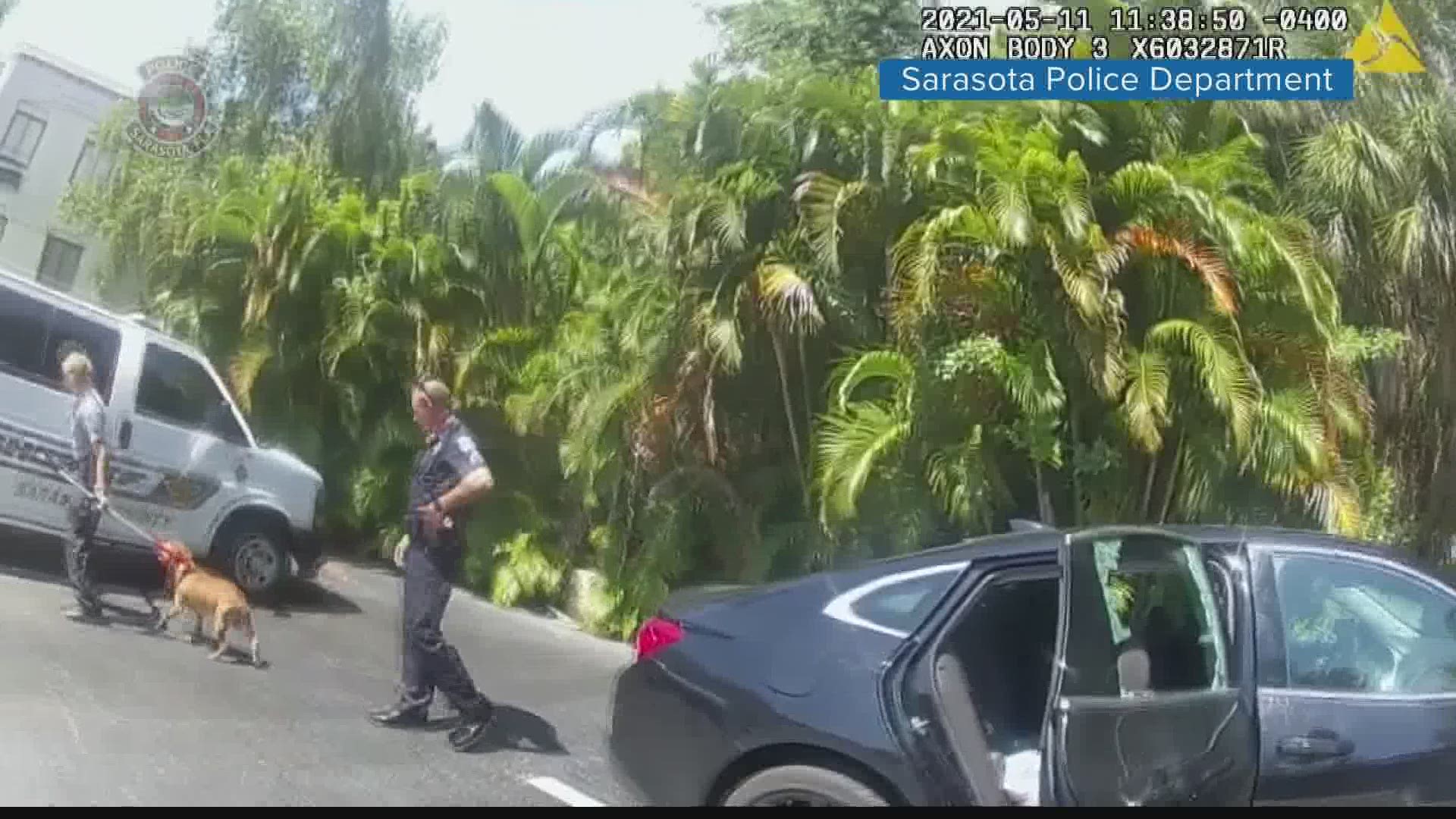 SARASOTA, Fla. — The Sarasota Police Department is issuing a reminder to pet parents to not leave them in hot cars after a pit bull had to be rescued this weekend.

Officers say they responded to the University Parkway area for a report of a dog locked inside a car that was turned off.

Body camera footage captured the responding officers checking on the dog, which was said to be "panting and drooling all over the place."

Sarasota County Sheriff's Office Animal Services responded to the scene before a decision to break out the backseat window was made to "rescue the playful pooch."

"Oh my god, he's starting to go down. Yeah, that's not good," the responding animal services officer could be heard saying as she approached the black Sedan.

According to animal services, the car temperature had reached 115 degrees while the pup was inside. The owner is reported to have told police he left the car running.

The unnamed owner was issued two citations by animal services.

"Always remember to look before you lock for pets, children and elderly loved ones," the police department wrote on Facebook.

Florida is already hot, and in the summer months, temperatures can climb quickly. A 2016 Florida law states, someone who enters a car, including by force, can be immune from penalty for saving a person. The law applies to rescuing an animal as well.