First responders say at one point ammo rounds began going off, requiring them to evacuate the area in Venice. 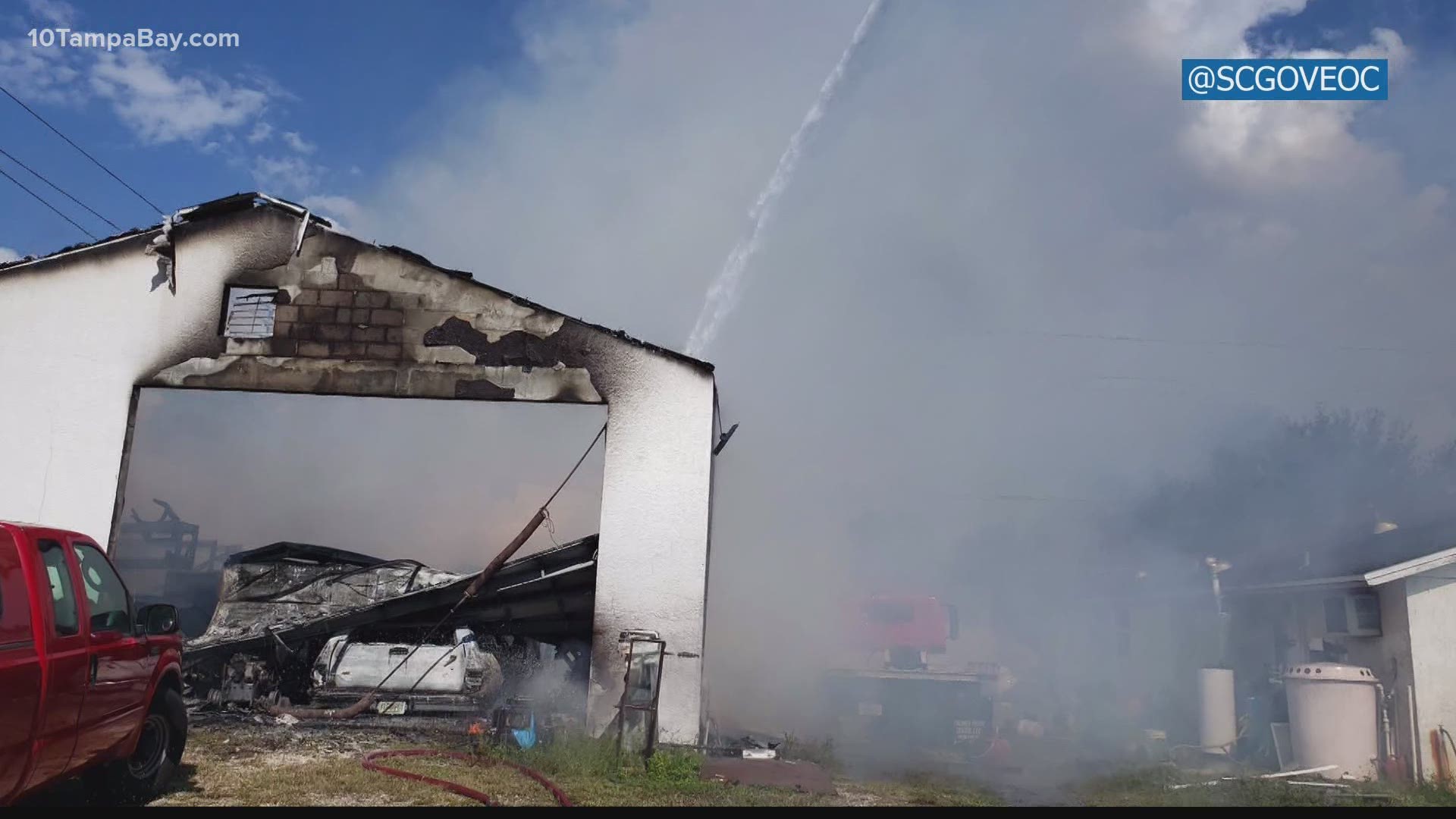 VENICE, Fla. — Fire rescue crews in Venice have brought a two-alarm fire under control after a garage became engulfed in flames followed by an "explosion."

Sarasota County Fire Chief Mike Regnier said crews were called out to a fire on Sunset Beach Drive following a report of an "explosion."

Once on scene, Regnier said they came across two people suffering from burns who were airlifted to a local trauma center. The pair are said to have been doing some sort of "refilling of ammo with gun powder" at the time of the fire.

After taking care of the two people injured, Regnier said crews became aware of a large amount of gun powder in the structure, which quickly caught fire.

But things escalated, leading to several neighbors being asked to evacuate the area, with the help of Sarasota County Sheriff's Office, as rounds of ammo began going off around the garage, Regnier said.

Expired cartridges were also found in the roadway.

Crews believe some larger explosions while fighting the fire also came from propane tanks inside the garage as they caught on fire.

To fight the fire, crews had to take a defensive approach and use uncrewed monitors to get water on the flames. Venice Fire Department and Nokomis Fire Department both assisted the more than a dozen SCFD units that responded to the scene.

Regnier said this type of fire is not uncommon, but one of this extent is not normally seen.

"It's not uncommon to go to a structure fire where you have fire inside, with people having weapons of some sort or ammo and coming across that. However, not in this capacity and this amount," he said.

The fire marshal has been contacted to investigate.

Sarasota County Fire Department was called to the 100 block of Sunset Beach Drive. The call came in around 2:14 pm. This remains an active scene. Chief Regnier will be available to media at 4 p.m. https://t.co/iaIaYCATdD