The Sarasota Police Department said it was tagged in a social media post showing the tactic used on a 27-year-old man. 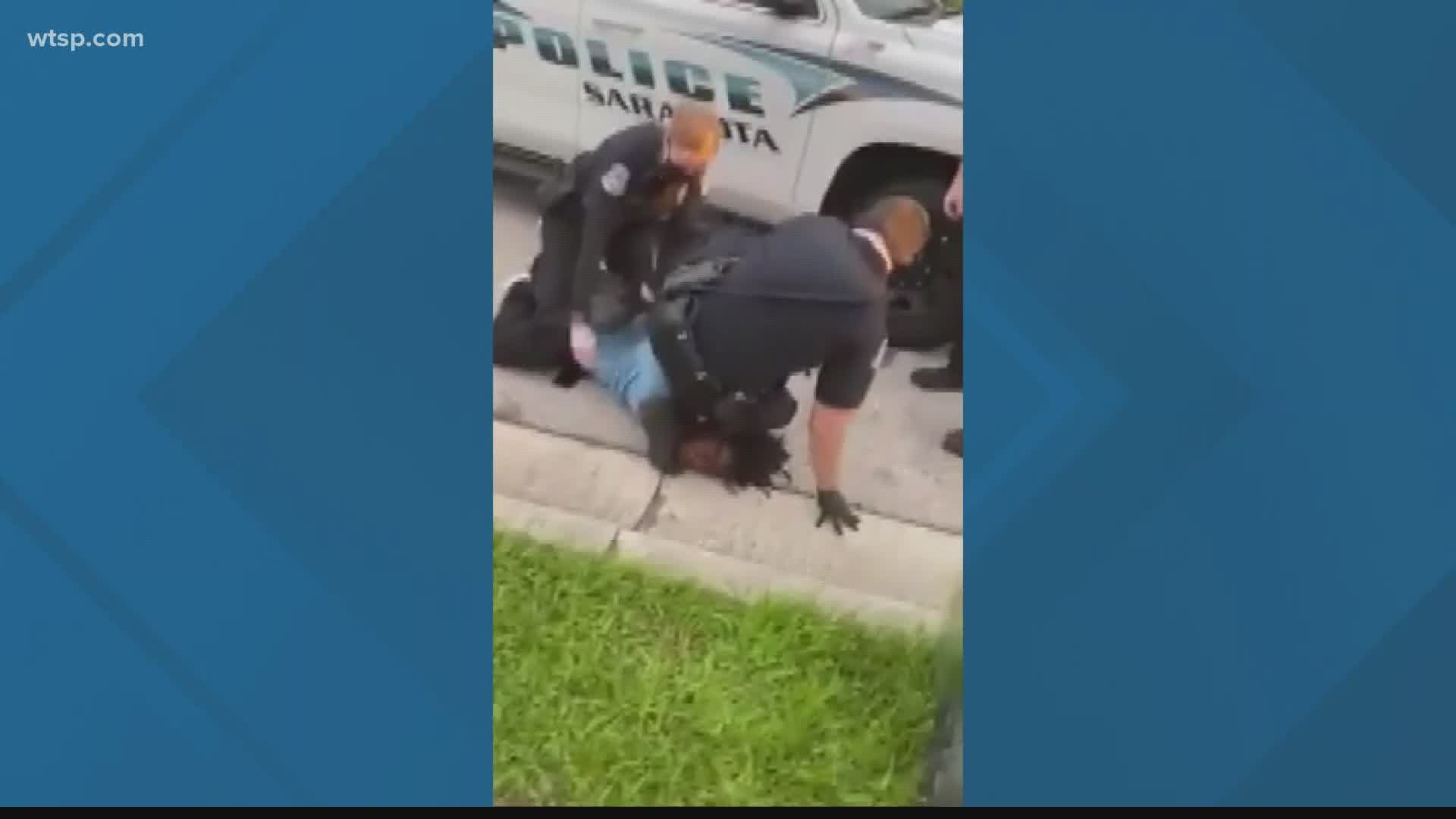 SARASOTA, Fla. — The Sarasota Police Department is investigating after one of its officers was accused of kneeling on the head and neck of a man being arrested.

The man, 27-year-old Patrick Carroll, allegedly hit the mother of his children and threw her to the ground, according to an arrest report released by Sarasota police. Officers noted she was bruised and had areas of swelling on her body.

The incident reportedly happened on May 18. Sarasota police said the department was tagged in a social media post showing what happened on Monday before Chief Bernadette DiPino began the investigation.

Editor's warning: Some viewers might find the following video upsetting 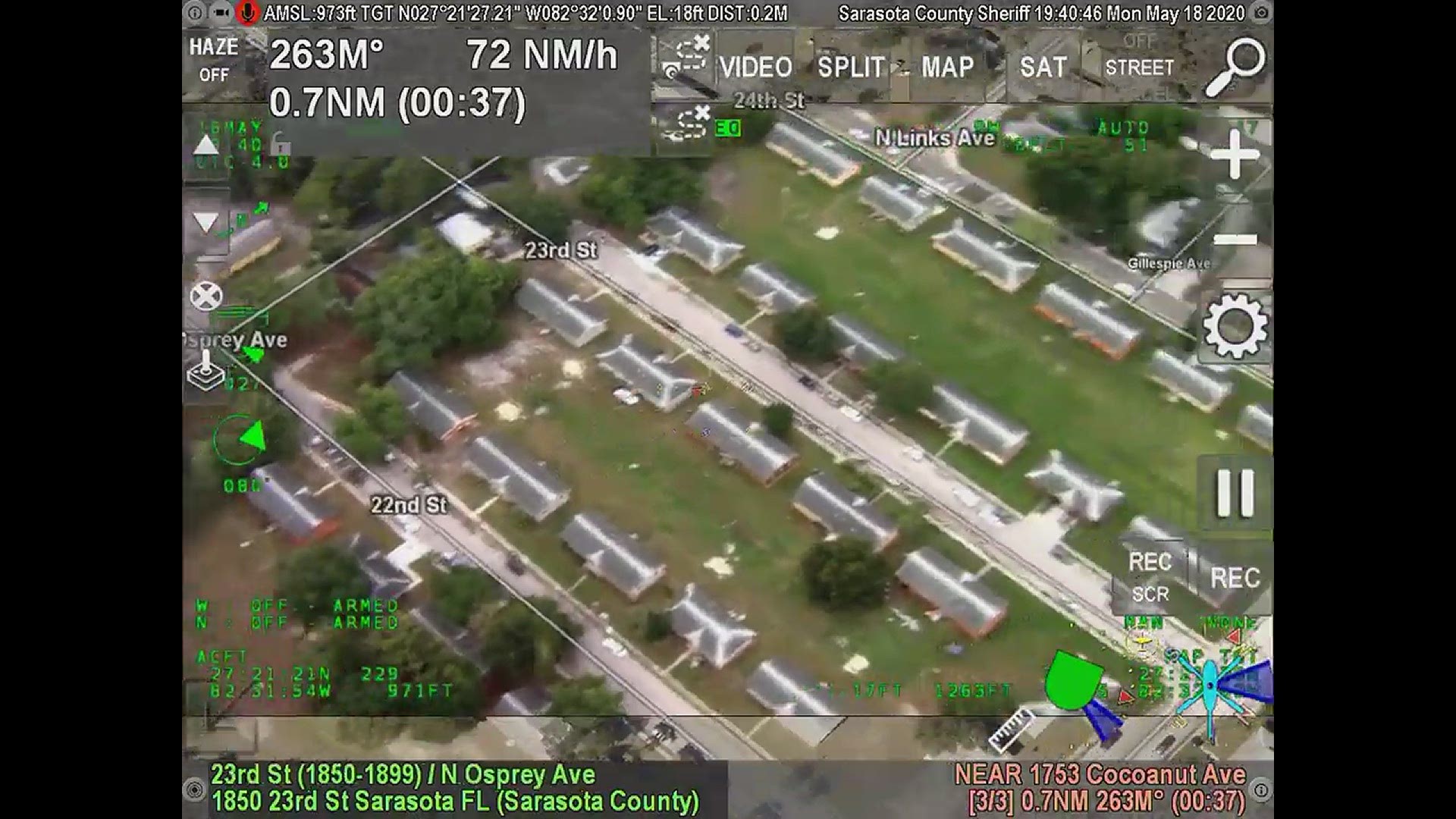 According to an arrest report, officers Martinez, Stanaland and Wicinski responded to Dixie Avenue on a domestic violence call. They eventually caught up to Carroll and attempted to take him into custody.

The report says Carroll was handcuffed, but he tried to pull away and refused to get into the back of the police car.

"Minor force was used to escort subject to the ground and secure him long enough for him to calm down," the report reads. It does not make mention of an officer using their knee. It is not yet known which officer used the tactic.

The officer, who has not yet been named, was placed on administrative leave.

Video from the sidewalk shows a different angle to the situation. 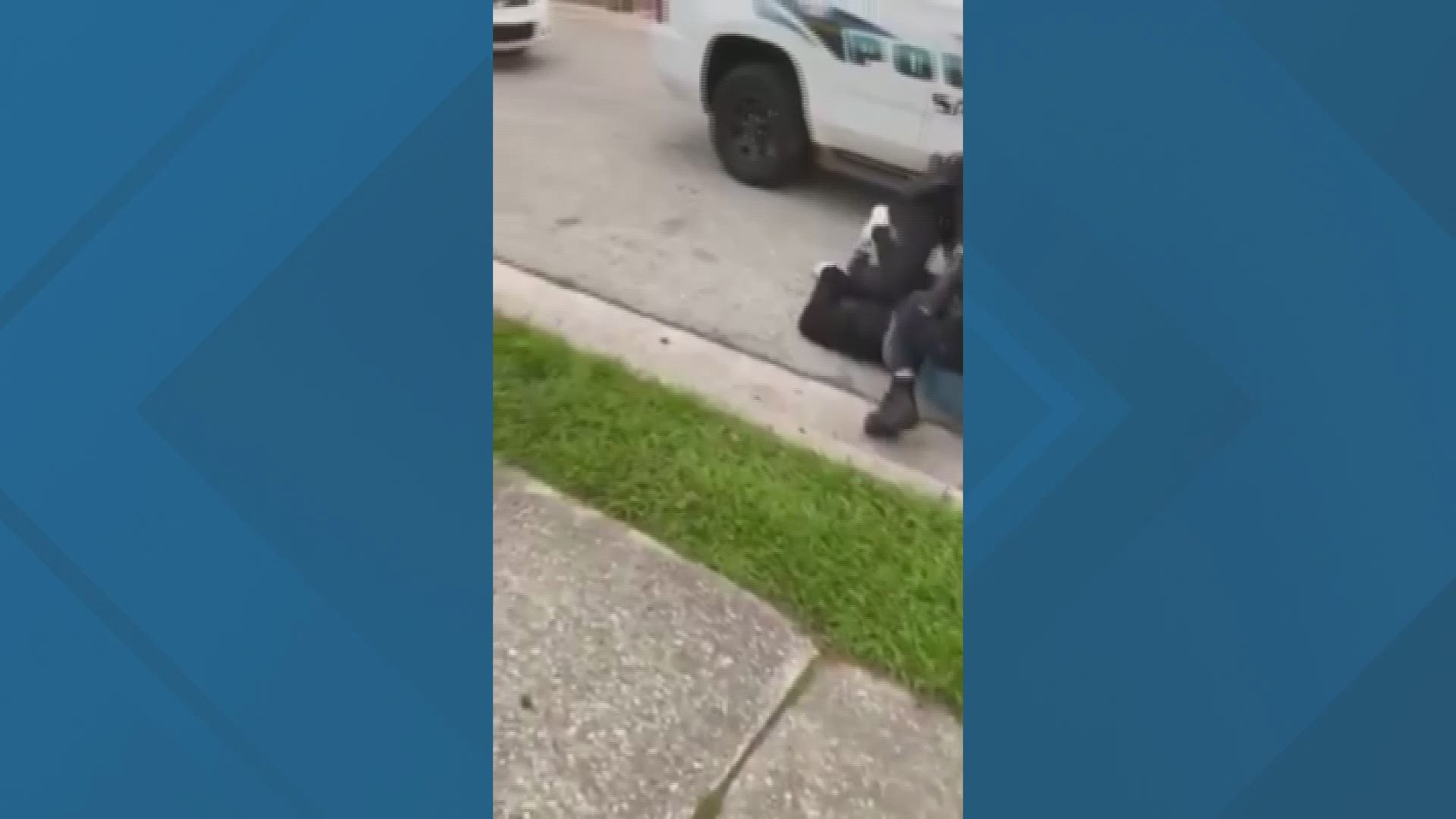 Carroll was arrested on charges of possession of ammunition by a convicted felon, battery and resisting a law enforcement officer without violence. Police said they found .22 caliber rounds in Carroll's backpack.

Sarasota police said Carroll did not need medical attention and did not complain of any injuries. Eventually, the officer reportedly moved his leg to the man's back.

Police said such tactics are not used, taught or advocated by the department.

The department said it did not receive any complaints from people regarding the video "but is taking this incident seriously."

It comes as people across the county have protested racial injustice and police brutality following the death of George Floyd in Minneapolis.

Floyd died while in police custody on May 25 after officer Derek Chauvin was seen on video kneeling on Floyd's neck as he pleaded, "I can't breathe." Chauvin was charged with third-degree murder and second-degree manslaughter in Floyd's death.

Chauvin and three other officers were fired.