Shaquille O'Neal addressed Sarasota college as one of five speakers 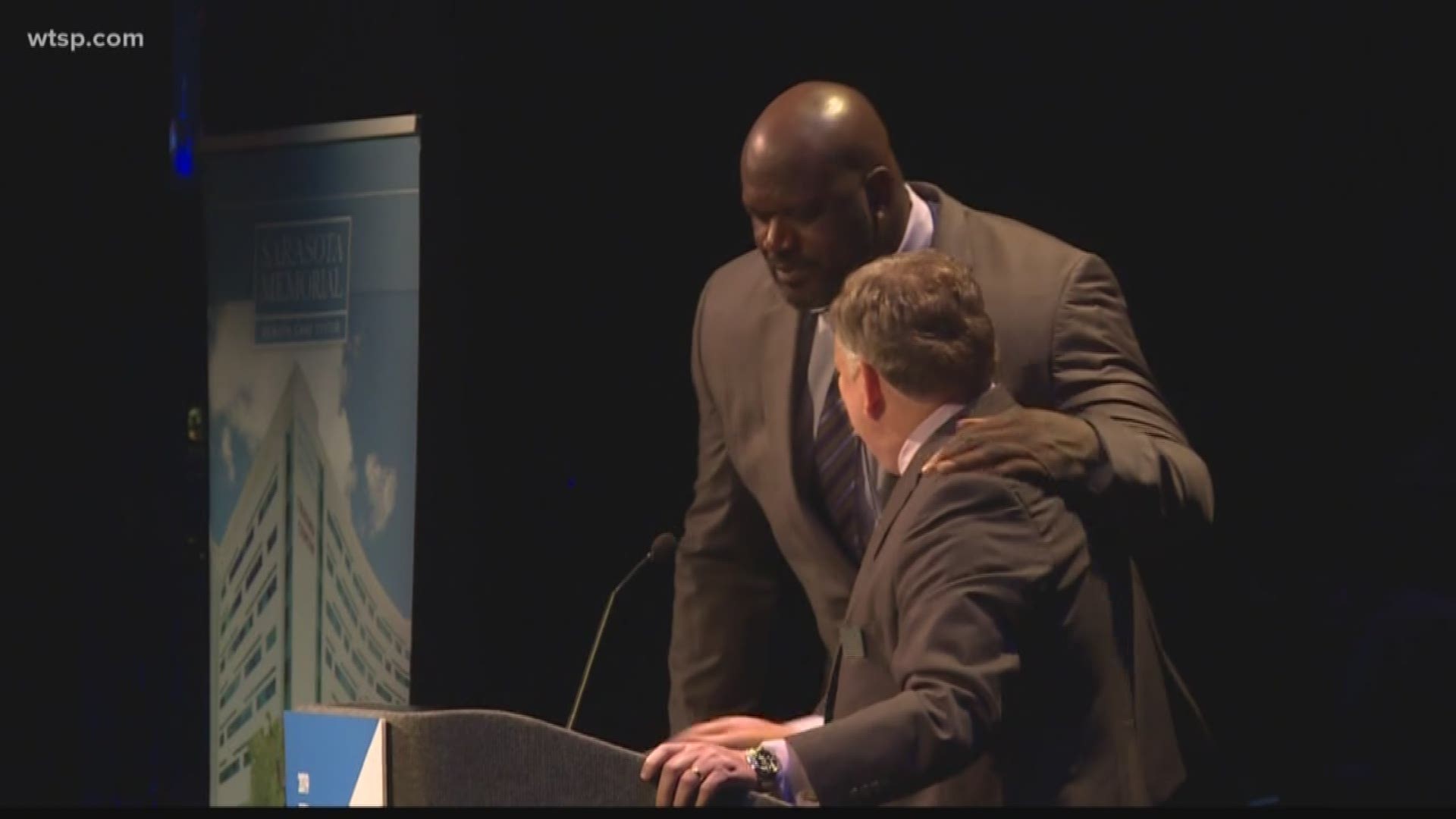 "The Big Diesel" spoke with members of the media on Wednesday morning. He provided the following advice for children.

O'Neal also answered a question on how certain NBA players have been politically outspoken.

“I believe I’ve been the guy that has always been able to understand both sides," O'Neal said. "For example, my father was a military man. You did anything to that flag, you’re in trouble. Period.

"I understand how everybody’s sentiment of what they feel the flag. I just feel that sometimes you have to communicate that way in a respectful way, and you just have to do it in a timely manner, but I’ve never been one to get involved in politics. I don’t do stuff because other people [are] doing it. It’s all about respect. Again, my father was a military man. If you messed with the flag, he’s not hearing nothing and he will fight you. I think that’s how most people are.”

“I think in this world we live in, people have [forgotten] the word ‘respect,’” O’Neal said. “Just because he has an opinion and I have an opinion, [doesn’t] mean we have to fight about it.

“I’m 47 years old, so you’re not going to change my opinion on most things.”