After looking through hundreds of pages of search warrants, it appears federal agents had some information linking Howell Donaldson the third to the Seminole Heights murders before Ronald Felton's murder.

One of those documents shows an ATF agent sent a text message to Donaldson about a gun he purchased and is now accused of using in the first three murders.

The text reads.. "the purpose of this call was to inquire with Howell Donaldson on the details of his Glock purchase."

According to the records, the text was never answered. But is that enough information to link Donaldson to the crime or bring him in for questioning?

We asked Tampa police and were told that will have to play itself out in court.

Other parts of the documents reveal Donaldson was paying close attention to the reign of terror unfolding online.

His Google searches show he looked up the words "Seminole Heights killer" and was constantly checking the Twitter and YouTube pages of the Tampa Police Department as they posted updates on who they were looking for.

Donaldson is charged with four counts of first-degree murder in the deaths of Benjamin Mitchell, Monica Hoffa, Anthony Naiboa, and Ronald Felton.

His GPS locations put him at the scene of all four murders while he told investigators he had never been to Seminole Heights.

According to the warrants, on the day of the fourth murder, he was staying with a woman identified as a witness who says she remembers him leaving in the middle of the night.

They also show that one the day he was arrested, he was looking up flights out of Tampa.

While all of this is interesting, a key piece of evidence is missing: Anything that could give some insight into why, so far, no motive has been released.

25-year-old Donaldson has been in jail without bail since his November 28 arrest.

While prosecutors are seeking the death penalty, earlier this week, Donaldson’s lawyers ordered a competency exam to see if he’s mentally fit to stand trial. Another hearing is set for May 31. 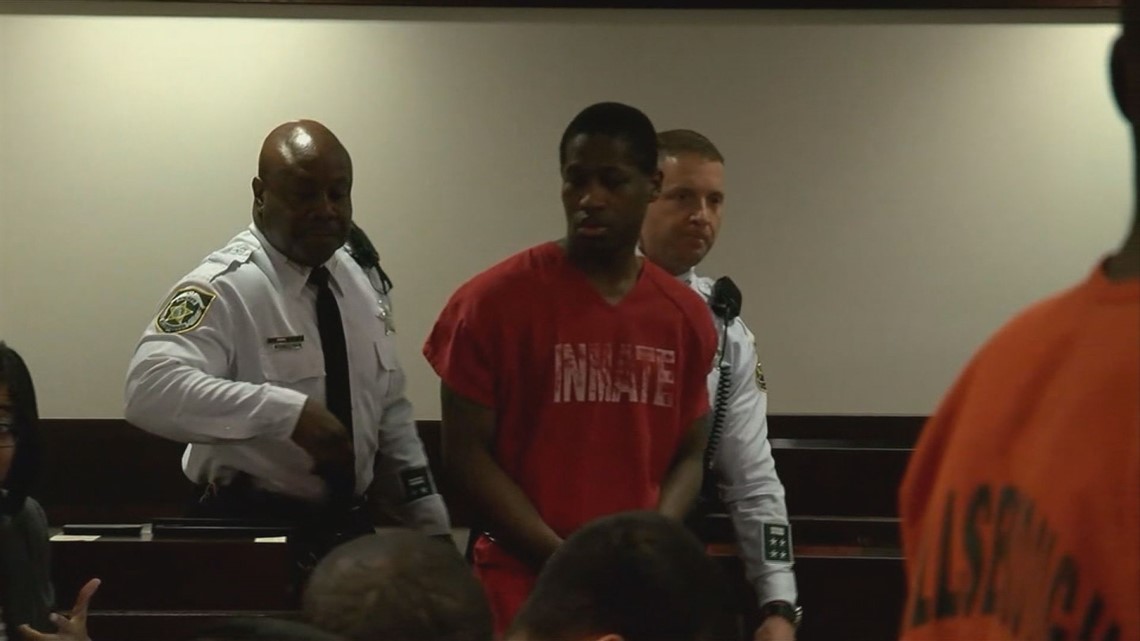