John Kieffer served in the Vietnam War; and 50 years later, he received a Silver Star for his bravery. 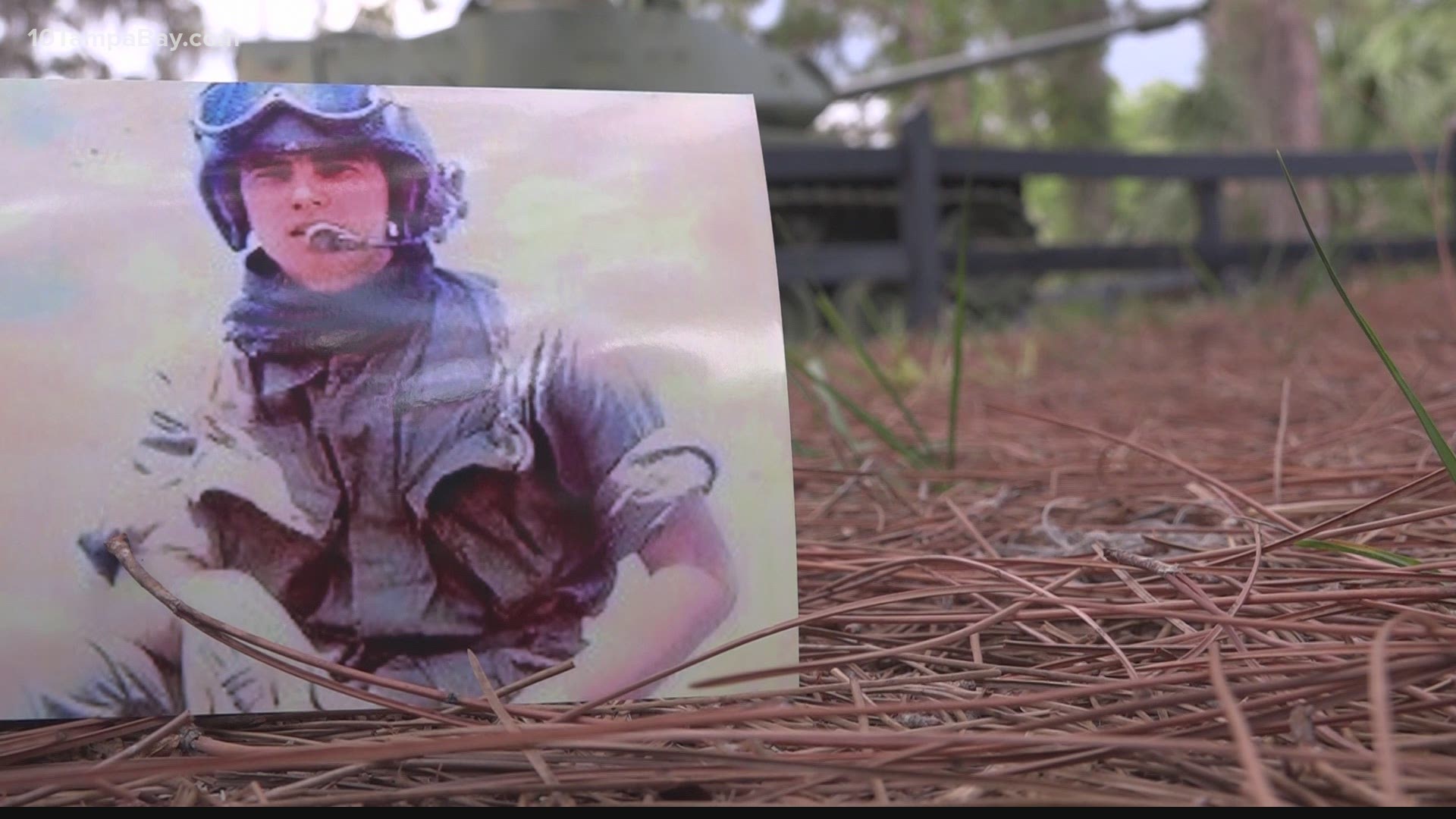 TAMPA, Fla — A Vietnam Veteran from St. Petersburg has been awarded a Silver Star.

John Kieffer served in the Vietnam War and led a mission that saved his combat veterans' lives.

"I joined the army out of high school in 1968. I got shipped out to Vietnam in December 1969. I spent 10 months out in the field and I brought everyone home alive. The award I’m going to be getting is called a Silver Star," Kieffer stated.

While in Vietnam, Kieffer served as a platoon leader. He was in charge of working with tanks. On one mission, a tank was attacked and he took control of the situation. That saved lives and is the reason got a Silver Star from Congressman Charlie Crist on Monday.

Kieffer explained while in Vietnam, "a second tank was hit down in this valley. They were abandoning the wounded and one soldier had been killed. His name was Terry Lee Gilpin. They were concerned about going back down there because it was really a bad area. I said, 'why don’t you just give me your driver and with a couple of my guys will go down there and with the element of surprise, we'll just run down into that valley.' We did it. We ran down there."

On that mission, the soldiers ran into trouble.

"They couldn’t get the tank started. They started firing RPGs at us. First, one came into the left, the next one came into the right, but they missed. They got the tank started and I told them to run up the hill. While they were doing that, I covered them and then I was down there by myself. Popped a pin, threw it, made a giant fog smoke. I basically had a beautiful fog, and I ran right up the hill and everyone was fine. Mission accomplished," Kieffer explained.

That is the mission that Kieffer is being recognized for. Kieffer said he never even thought about any award. His concentration was making it out alive and making sure his fellow soldiers did too.

Congressman Crist presented Kiefer the Silver Star on Memorial Day at War Veterans Memorial Park in St. Pete. The ceremony began at 10 a.m. and was open to the public.

Proud to present a Silver Star to Major John Kieffer for acts of valor while serving in Vietnam. Thank you for your service, John.

To all the Veterans who laid down their lives for our freedom and the families who hold them in their hearts, know that I hold you in mine. pic.twitter.com/5uhg3BJny6