The study found departments were already in a five-year decline, but that budget cuts due to COVID-19 and lower morale were making recruitment tougher. 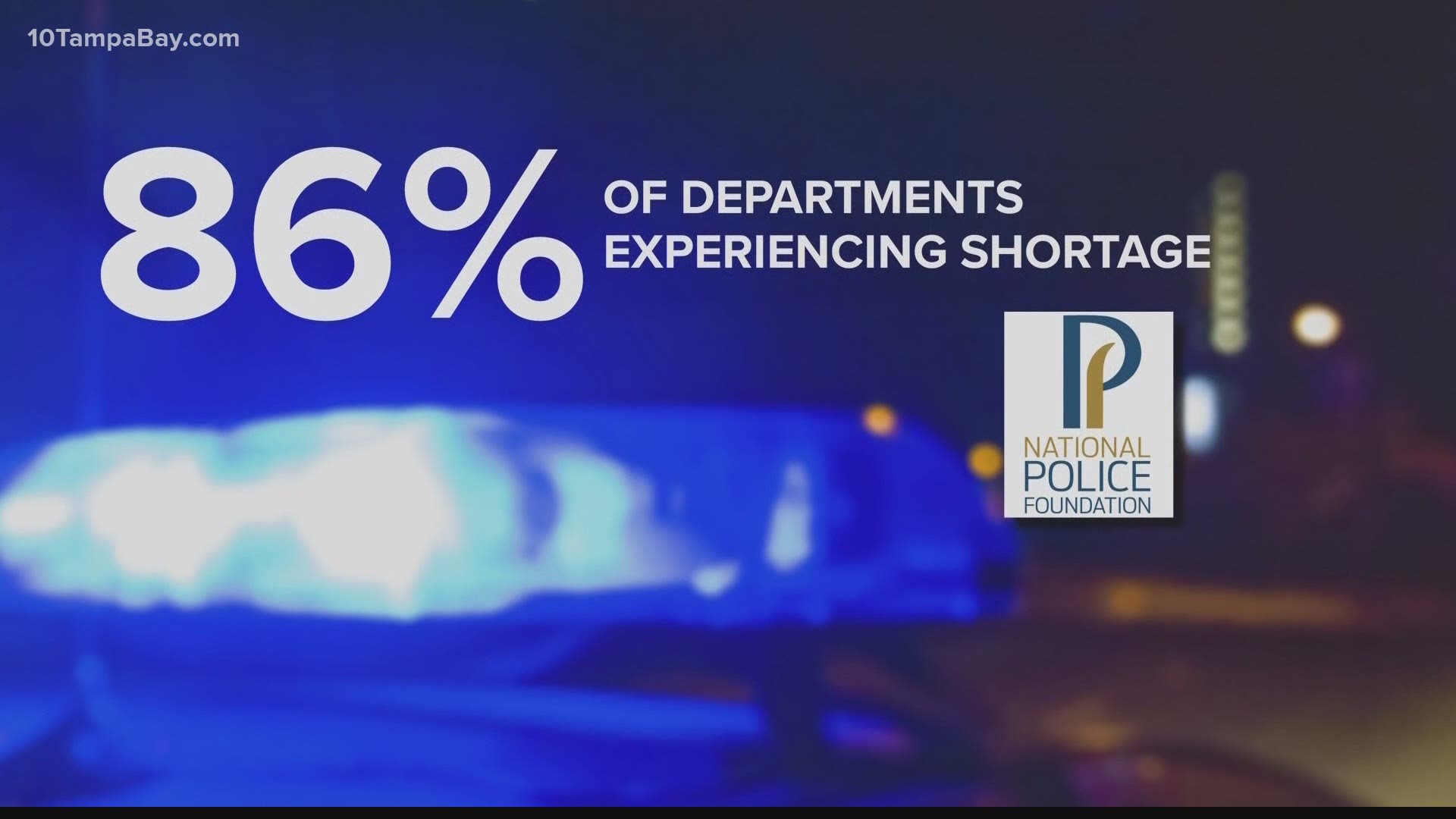 TAMPA, Fla. — According to a recent study, nearly nine in ten police departments in the United States are currently experiencing staffing issues.

“You sort of scratch your head and say who would want that job, right?” said Alex del Carmen, head of Criminology and Strategic Studies at Tarleton State University.

He says the numbers underscore a growing public safety concern.

“We are extremely concerned that law enforcement agencies, in the next year or two, are going to be so understaffed, and they are not going to be able to do their job effectively, and the rest of us will suffer from it,” del Carmen said.

The study found departments were already in a five-year decline, but that budget cuts due to COVID-19 and lower morale stemming from months of protests were making recruitment even tougher.

“Police academies are looking inward and wondering whether or not they’re going to be able to make the classes or not,” del Carmen said. “What I’m hearing from law enforcement on the ground is that they are fed up, they are tired, and they are moving on.”

We reached out to several local agencies.

The Manatee and Pinellas county sheriff's offices said they had no current openings. The Hillsborough Sheriff’s office has 74.

But in many cases, the number of openings hasn’t changed much in recent years.

For example, the Tampa Police Department currently has 37 open positions, but that’s fewer than the 45 it had last year and only slightly more than the 34 openings it had in 2018.

Police departments are also turning to social media to show gratitude for the thank you cards, food deliveries, community rallies and murals which show appreciation for those in uniform.

Pinellas Park Police Department, for example, recently posted a video of its own to say thank you.

Even though departments are still graduating new police academy classes, experts say recruitment won’t get any easier for local law enforcement agencies, and that COVID-19 projected budget shortfalls and people taking retirement will likely combine to make it even tougher for departments to fill those open positions.

There are some things law enforcement agencies can do now, del Carmen said, to improve recruitment other than just increasing pay. He suggests hiring top brass that understands the importance of transparency and offering proper sensitivity training to improve community relations.