The current number people call for help is longer. 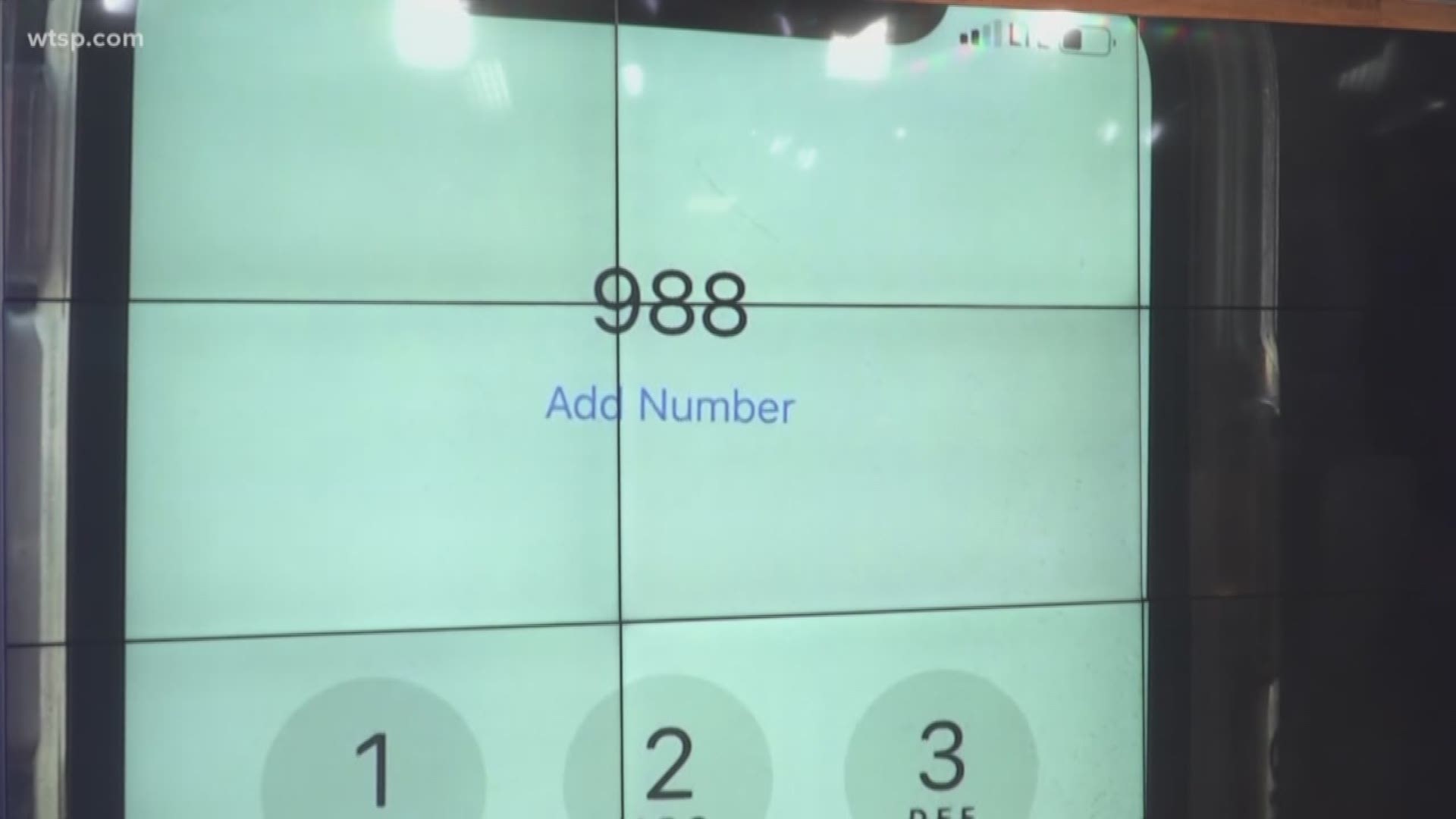 TAMPA, Fla. — A new number for the Suicide Prevention Hotline will soon be available for people to call for help. The Federal Communications Commission approved a proposal on Thursday for a new three-digit number, which is 9-8-8.

“Every phone call is incredibly important. If to nobody else to the person making the call,” Mordecai Dixon, Director of Organization Development at the Crisis Center of Tampa Bay said. “Right now, our center gets more than 100 calls each week on the suicide lines serving Hillsborough County.”

The proposal would require carriers to implement the new number within 18 months. The new proposal adopted Thursday does include questions about texting and whether that could be part of this moving forward. The FCC says to know that the existing Lifeline includes an online chat function that allows people in crisis to engage with counselors.

“Anything that provides an access point is a good move,” Dixon said.

The current number people call for help is longer, 1-800-273-TALK, and the FCC says this new 3-digit number is easier to remember and will reduce the stigma around suicide and mental health conditions, ultimately saving lives.

“I think as a society we are becoming comfortable with the uncomfortable. We are often discouraged about talking about it but to have a safe place where you can have those conversations with trained counselors is a step in the right direction,” Dixon said.

According to the CDC's National Center for Health Statistics, the suicide rate is the lowest in December despite the myth that people believe there is a spike. Suicides are still a significant problem in the United States with more than 36,000 taking their lives every year, according to the CDC.

Editor's Note: Are you having thoughts of suicide or know someone who is? There's help