Aaron Davis decided he had to help after seeing the suffering following last week’s massive winter storm in Texas. 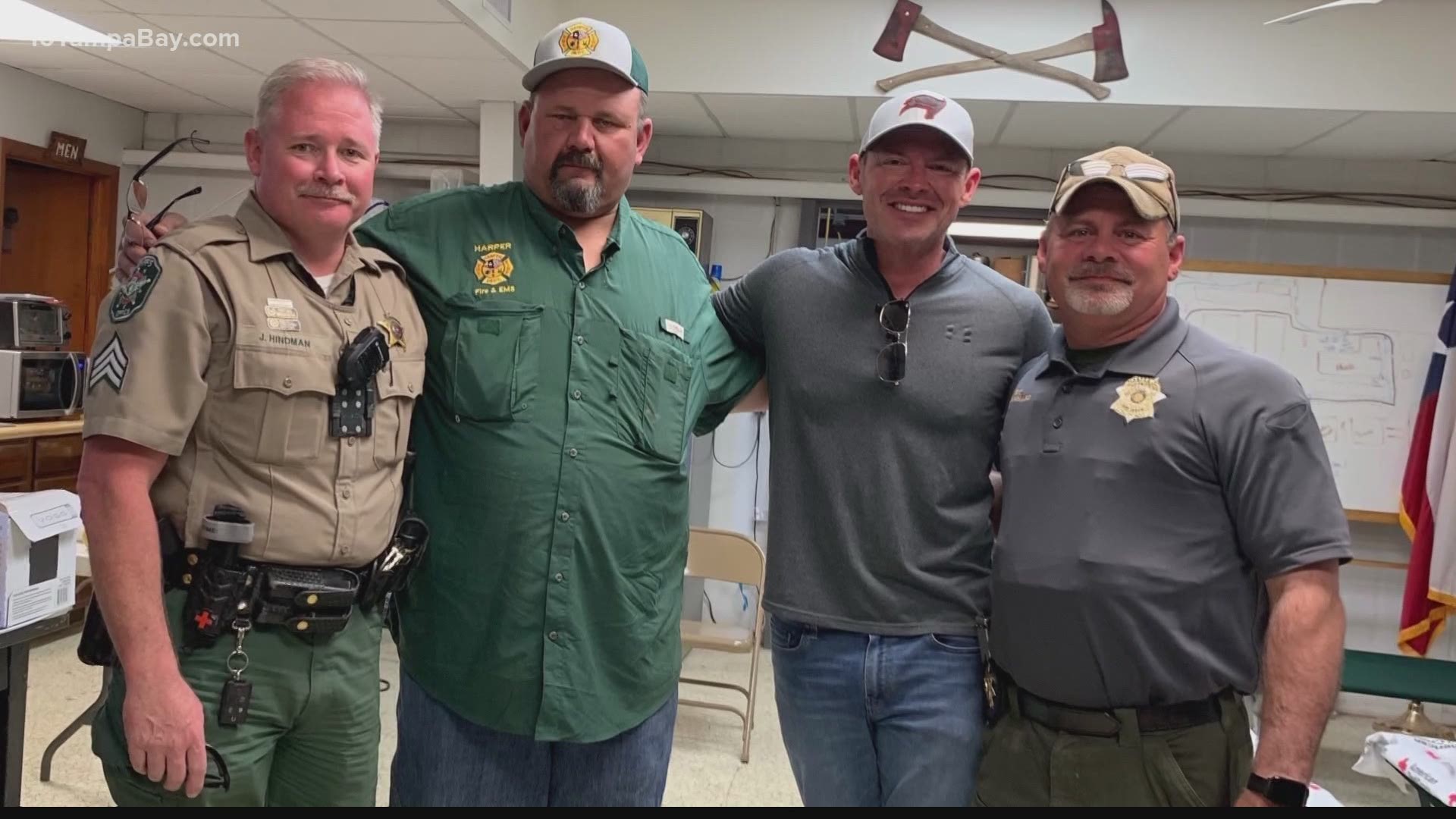 HARPER, Texas — A week ago, Aaron Davis was enjoying our picture-perfect weather here in Tampa. Then he started seeing images pour in from Texas and across the south during last week’s devastating winter storm.

“Just seeing all the stories come in and I'm like, ‘oh my gosh, we're used to hurricanes, this is way worse than a hurricane,’” said David. “This is a hurricane followed by seven days of freezing. You're not going to necessarily drown or get hit by a flying object, but you're going to freeze to death.”

Davis' girlfriend lives in Austin and immediately he knew he had to help.

“Just sitting here in Florida with this helpless feeling, going ‘man I know there's something I can do here’ and that's what kinda got me onto a plane.”

After checking on friends and loved ones he headed straight to a local church helping with relief efforts.

“There was a youth minister and a handful of other people there who said 'can you go to Harper, Texas?' I said 'sure, where is that?'"

The town of approximately 1,200 is about 2 hours west of Austin, and while relief had already started pouring into some areas, towns like Harper were still on their own.

“They were taking care of Dallas and Austin and San Antonio and the surrounding major metro areas, but the small towns are just out here suffering.”

Davis arrived with just his rented truck and a chainsaw provided by the church. He was also proudly sporting his Tampa Bay Buccaneers hat which everyone quickly noticed.

He quickly got to work trying to clear fallen branches brought down by the weight of all the ice and heavy snow.

“Literally some of the churches that are here, there are so many trees down and limbs in their parking lots that they can't even have service,” Davis says.

Things are starting to improve but the disaster is far from over.

“I just had a phone call with other people saying how can we help? Plumbing supplies! There are water busts all over the place there's no supplies anywhere.”

Davis says the help will be needed for weeks to come.

“If anyone wants to get on a plane give me a shout, I'll let you know where Harper, Texas is."