The JW Marriott and Midtown Tampa Development will both be opening ahead of the game in February. 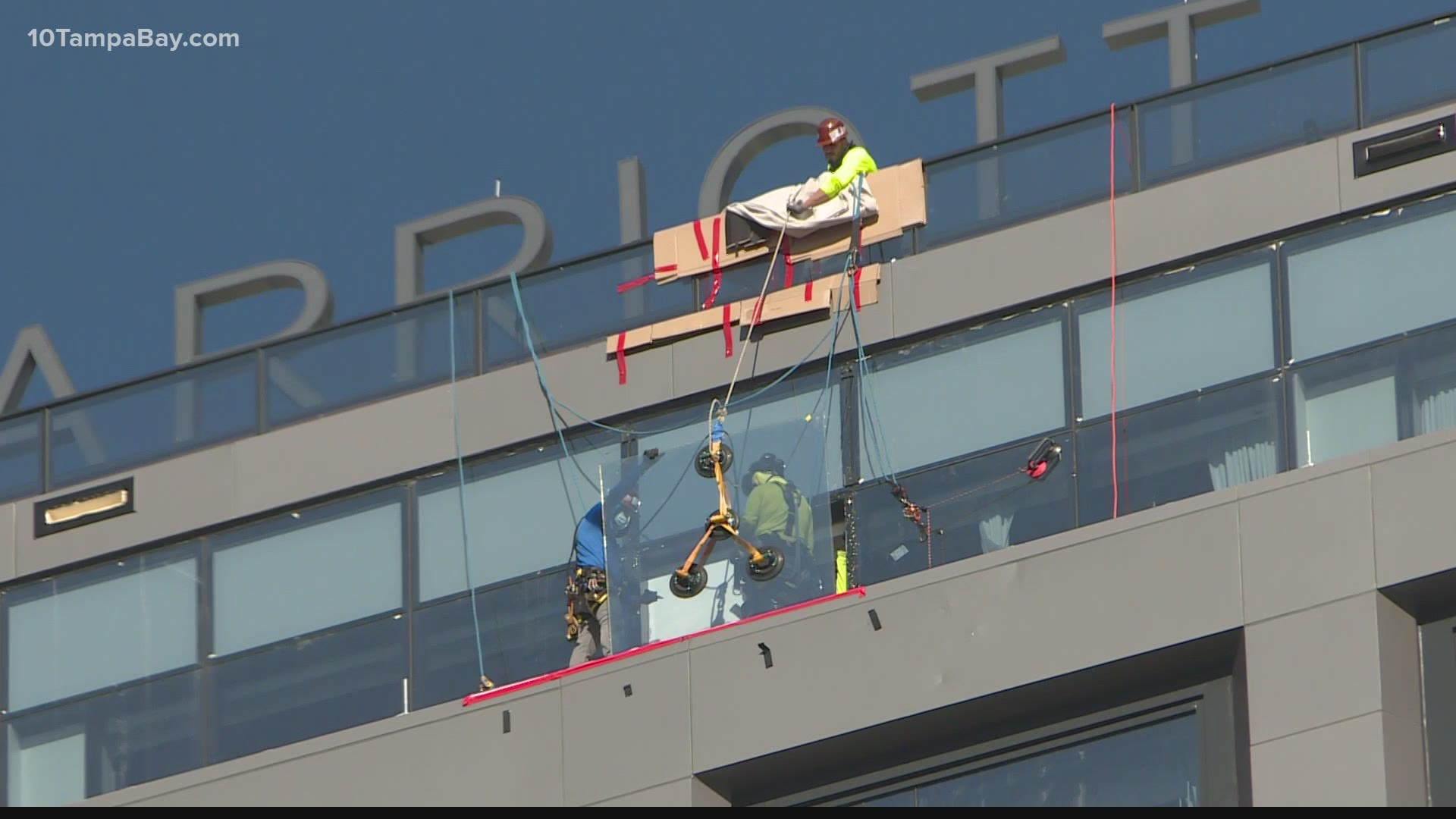 We are less than 90 days away from Super Bowl LV coming to Tampa, and major construction projects across the Tampa Bay area are nearing competition.

But, will they be done in time for the big game?

Crews are putting the finishing touches on Tampa’s newest luxury hotel, the JW Marriott, across from the convention center in downtown Tampa. The hotel has been rising into the sky and is now mostly finished.

Ron McAnaugh is overseeing the opening of the new Marriott property, which will also serve as home to the NFL during its time in Tampa.

The 519 hotel is scheduled to open at the end of December and is actually ahead of schedule.

“The building is done. Now we’re just putting in the furniture,” McAnaugh said.

The city of Tampa has been keeping a close eye on the progress set for completion.

We are about how people see Tampa. We want people to say wow, look at that Riverwalk. This is a place I want to come back and visit,” said Rob Rosner, Tampa’s director of economic development.

Down the street from the stadium, Midtown is also nearing completion at Interstate 275 and Dale Mabry Highway.

“Regardless of what happens with the Super Bowl, Midtown will be ready," said Nick Haines, CEO and master developer, Bromley Companies.

The mixed-use development will include shopping office space, residential buildings and a 230-unit hotel, which will be open in time for the game.

Not every construction project is timed to finish ahead of Super Bowl LV. Many of the projects that will not be complete will pause construction and clean up their sites.

The city will also make sure any road construction will be removed from key areas so visitors can easily get around the city.

Correction: An earlier version of this story incorrectly attributed a quote from Nick Haines to Rob Rosner. This has been corrected.