Jeffrey Heim was bit in the head by a gator in the Myakka River. 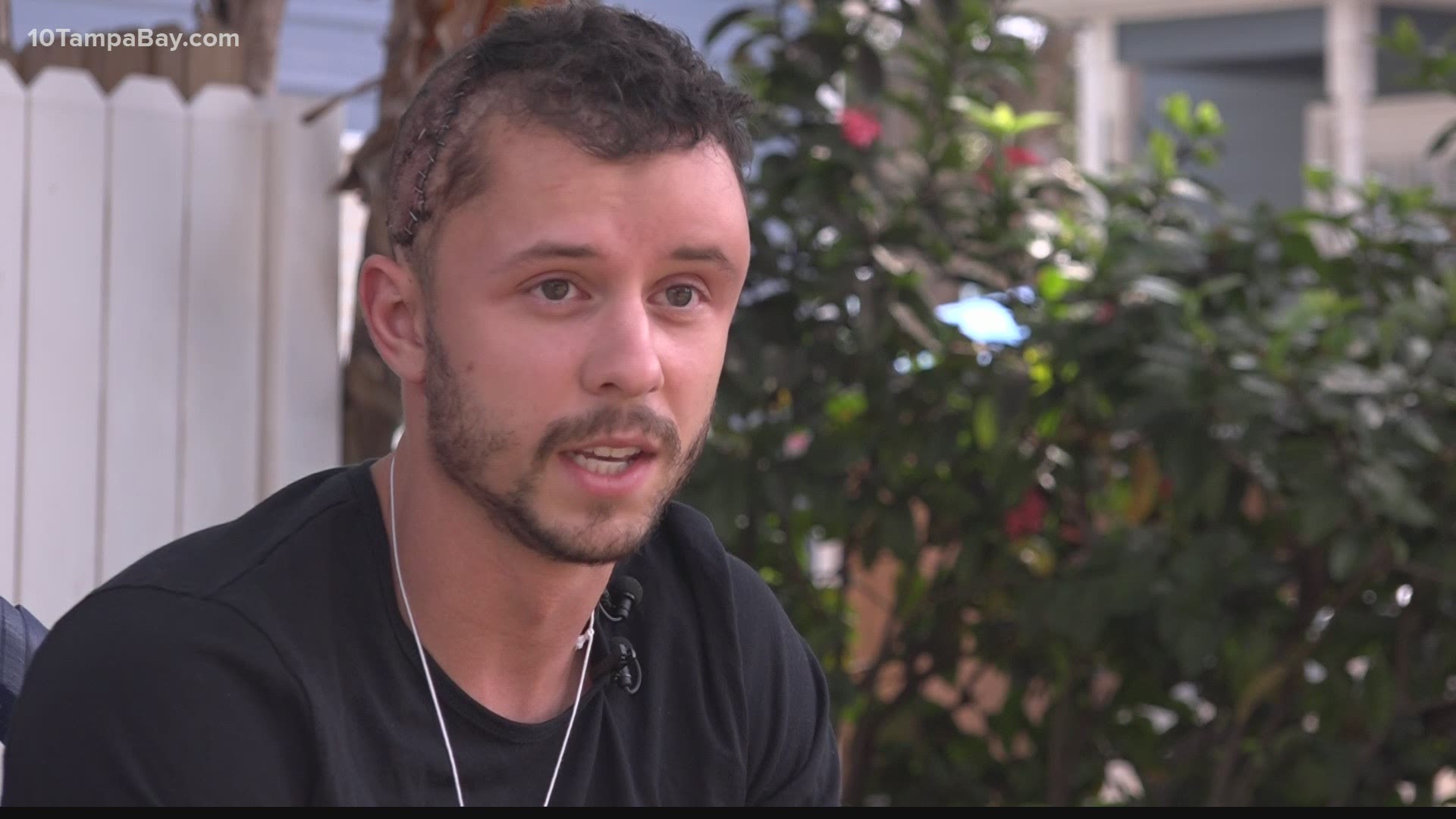 TAMPA, Fla — A 25-year-old Tampa man was attacked by an alligator Sunday in the Myakka River.

Jeffrey Heim was diving for shark teeth when it happened. Heim said it all occurred so fast, and he feels lucky to be alive.

"I’m following the sand looking for the gravel. I come up and just get blasted. Felt like a propeller on a boat going 50 MPH. It pulled me down, pulled my mask off," Heim recalled.

Heim said he frequently dives in the Florida waters for shark teeth, but he never had a gator encounter like this.

"I was in the water for a minute not even and it was an unprovoked attack," Heim said.

WOW ‼️😲
A Tampa man was bit by a gator while diving in the Myakka River and Jeffrey Heim lives to tell the story on @10TampaBay pic.twitter.com/hA6hPvCKVy

Heim said it felt like he was hit by a boat. "There’s nothing I could’ve done. No gun no weapon," Heim stated.

Heim never passed out and was brought to Sarasota Memorial Hospital for treatment. He is in recovery now from a head injury and puncture wounds to his right hand.

"I have 34 staples all around back here. A mild depressed skull fracture," Heim explained.

He said he is lucky to come out of this alive and wants to warn others about this experience. If you are ever come across a gator, he recommends, staying calm.

FWC confirmed a licensed trapper will get the gator out of the water.

FWC officials released the below statement to 10 Tampa Bay:

"FWC was notified and officers, as well as an FWC contracted nuisance alligator trapper, were dispatched to the scene. This incident is under investigation by the FWC.

Serious injuries caused by alligators are rare in Florida. FWC places the highest priority on public safety and administers a Statewide Nuisance Alligator Program (SNAP) to address complaints concerning specific alligators believed to pose a threat to people, pets or property. People with concerns about an alligator should call FWC’s toll-free Nuisance Alligator Hotline at 866-FWC-GATOR (866-392-4286). When someone concerned about an alligator calls the Nuisance Alligator Hotline, we will dispatch one of our contracted nuisance alligator trappers to resolve the situation. FWC also works to keep Floridians and visitors informed, including providing advice about Living with Alligators.

A contracted nuisance alligator trapper is on scene, and trapping efforts are ongoing."