The surprising bills - and texts - from Hillsborough’s Rays stadium attorneys

Hillsborough County has now spent nearly $400,000 on outside legal counsel in its quest to lure the Rays over from St. Petersburg, and public records indicate the two firms it now employs appear to be not only advising the county, but also negotiating on its behalf -- and possibly withholding records related to the discussions from public view. 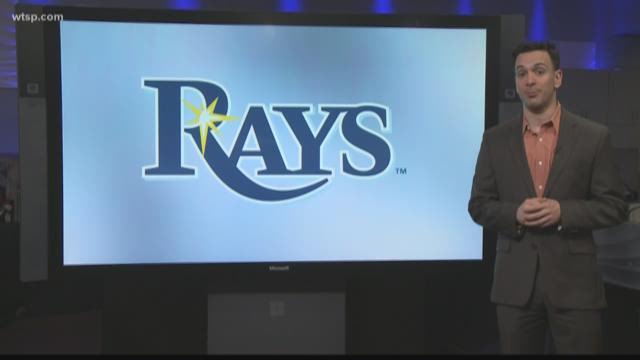 TAMPA, Fla. – Hillsborough County has now spent nearly $400,000 on outside legal counsel in its quest to lure the Rays over from St. Petersburg, and public records indicate the two firms it now employs appear to be not only advising the county, but also negotiating on its behalf -- and possibly withholding records related to the discussions from public view.

Billing records show the county is now spending an average of $24,000 a month on stadium-related legal consulting to Foley & Lardner LLP, which has billed the county more than $300,000 in the last three years.

It is not clear how many hours a week Raij, a respected sports business attorney, is spending on the project.

10Investigates repeatedly requested public records related to stadium discussions from County Commissioner Ken Hagan, and after multiple responses indicating none existed, a county attorney produced a series of text messages and emails between Hagan and Raij from the commissioner’s personal phone and email accounts.

Those messages reveal a pattern of private meetings and behind-the-scenes negotiations on a project that could include hundreds of millions of dollars in public subsidies. One text, sent from Raij to Hagan on Nov. 14, references a “marked up Rays document,” which has not been turned over.

Other texts between Raij and Hagan coordinate negotiations with local landowners, as well as the county’s response to media questions about the prospective new Tampa stadium – a surprise to several Hillsborough County commissioners interviewed by 10Investigates.

“My concern right now is the lack of transparency,” said Commissioner Victor Crist. “I’d love to see the Rays playing in Hillsborough County and I think the (proposed) site in Ybor City is a great location with lots of opportunities for expanded development. But the board needs to be kept in the loop.”

Florida’s public records laws require most records Hagan creates to be turned over when requested by any member of the public, including documents Hagan may create and later give to an attorney.

But few records have been produced in response to 10Investigates requests, even as multiple county staffers have confirmed the existence of certain documents that Hagan's office never turned over.

Hagan has a long history of refusing to turn over public records to 10Investigates.

“The cost (of legal fees) is shocking because it's not something that we’ve discussed at the board,” Crist continued. “I don’t think we anticipated it would take this long (or) cost this much. I think we’re going to have to get some answers and take a closer look at where do we draw the line ... a good briefing is long overdue.”

Foley & Lardner has been on legal retainer with the county since 2014 at the cost of $4,500 per month, plus an additional $395 per hour in attorney fees and expenses related to travel.

The $400,000 in outside legal bills over the course of three years are in addition to the countless hours county staffers have spent on developing a new stadium plan for the Rays. But even those resources pale in comparison to the subsidies the Rays have suggested might be necessary to get a stadium deal done in the cash-strapped county.

It won't be cheap

Rays’ owner Stu Sternberg’s opening offer was a suggested $150 million contribution on a stadium that he said could cost $800 million. Experts tell 10Investigates a fixed-roof stadium would be more practical and could be built in the $500 million to $600 million range, but would likely still require hundreds of millions of dollars in contributions from either private developers or taxpayers.

That could put the public contributions for a new Rays stadium at more than double the public cost of Raymond James Stadium, even when inflation is considered.

“I would never put the taxpayer on the hook for that entire difference … that doesn’t work at all,” said Commissioner Pat Kemp. “What’s going to have to be seen is … to the extent (the Rays and county) can privately leverage (financing).”

Several commissioners have publicly vented in recent years that they are not getting sufficient communication from the county administrator and county attorney regarding the ongoing negotiations with the team and presumed discussions regarding hundreds of millions of tax dollars.

“I have only been briefed one time,” Hillsborough County Commission Chairwoman Sandy Murman said. “Bringing in big developers will make or break (a deal)…but it’s a non-starter for me if it involves taxes.”

Negotiations over public dollars are private

Secrecy has been an ongoing theme of the stadium talks, even after the secretive “land acquisition” stage of the process had been completed.

Details of the meeting did not appear on the calendars of any of the public officials. Hagan’s text messages also reveal that other stadium-related meetings between Hagan and Raij, Tampa businessmen and the Rays never appeared on the commissioner’s public calendar either.

A Hagan aide told 10Investigates, “The commissioner doesn’t put everything on his calendar.”

The firm also coordinated a trip for Hagan and County CFO Bonnie Wise to attend a trip to Atlanta to see the Braves’ new stadium last year, where the two attended a game as guests of the Atlanta Braves.

Hagan disclosed the gift on his third-quarter ethics filing.

Hagan’s recently obtained texts also confirm an August report from 10Investigates that revealed the commissioner was exploring relocating – and rebuilding – the sheriff’s office headquarters in an effort to trade county land in Ybor City for a new stadium site.

A series of texts between Hagan and Raij in October also reference misdirecting the press in an effort to secure land in Ybor City. Following a number of frustrating months negotiating with land owners, Hagan told reporters in October the county was moving on from the Ybor site and focused on the city’s West Shore district. But Hagan and Raij joked there was no West Shore site at the time.

Following several days of speculation by sports talk hosts and bloggers, the county was then able to secure the needed land in Ybor City.

Commissioner Hagan again failed to respond to a request for comment; he said he would no longer talk to 10Investigates in October “due to your irresponsible and misleading reporting.”