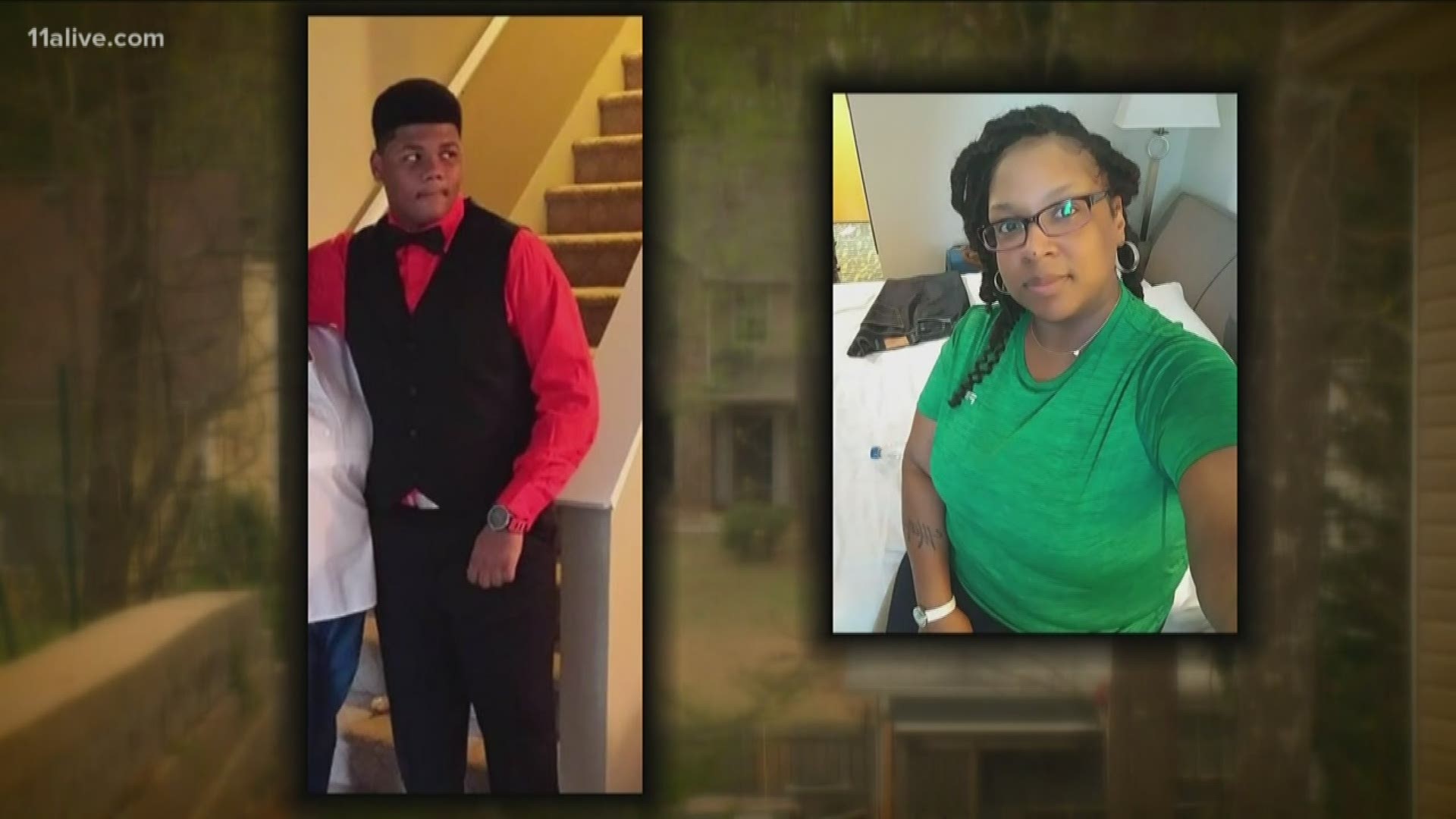 STOCKBRIDGE, Ga. -- Their daughter had worked hard to get to where she was in life.

A registered nurse at WellStar Atlanta Medical Center South and a single mother of a teenage son, 39-year-old Sandra White had a lot to look forward to, her parents said.

She was going back to school to become a nurse practitioner, her mother said. She was 36 weeks pregnant and due to give birth at the end of the month.

"We were looking forward to holding that grandbaby," said her mother, Kathie White.

The parents had been planning a surprise baby shower on Saturday.

"She didn't know anything about it," Kathie White said. "It was going to be a big celebration."

They already had a name picked out for the baby boy: Antonio.

But now, there will be no baby shower.

Just before 11 a.m. on Thursday, Sandra's sister came to her house in the Eagles Ridge subdivision in Stockbridge, Georgia. As she looked into the garage, she said she saw her sister laying in a pool of blood.

The sister called police. When officers arrived, they were immediately met with gunfire. Two officers were struck. A standoff ensued.

After more than 15 hours of negotiating, police moved in the house. Inside, they found Sandra's body in the garage, her 16-year-old's body in an upstairs bedroom, and the body of the suspected gunman, 47-year-old Anthony Tony Bailey Jr., in another room upstairs. They had all been shot. Police believe Bailey shot himself.

"Me and my husband, we got three babies to bury," Kathie White said. "We don't know how we're going to do it. We don't know what to do."

Kathie said they'd begged negotiators to talk to Bailey during the standoff.

"I think we could have made a difference if they would have ... allowed us to speak with him," she said. "Even if my grandson could have heard my voice, he would have come down knowing I was out there."

Police said they don't know how long the teen or his mother had been dead. They said they didn't have any contact with the teen during the standoff. They tried to get information form the gunman, asking for proof he was OK, but he never provided it.

The parents said they'd never seen any problems with Bailey before

"We saw no problems whatsoever," Kathie White said. "She didn't let us know about her problems -- if she had any. But I think, yesterday, she got fed up. He was drinking a lot. She wanted him out of her house. That was her house."

"He probably snapped on her or something," Johnny White said. "That's a coward. You want to shoot somebody, why not just shoot yourself?"

RELATED: Lives cut short: A student-athlete with a promising future. A registered nurse and expectant mother.

Sandra White's son, Arkeyvion, was described as a student-athlete at Dutchtown High who made good grades and was looking forward to continuing his education at college. Those dreams are now shattered.

The couple said the family would rely on faith to make it through the difficult time.

"I want the community: my daughter was a good girl," Kathie White said. "She didn't have a record. My grandson was a good kid. He wanted to be a professional football player. He doesn't even have a chance now."

Now, the grieving parents are offering their prayers for the wounded officers and asking for help in their own troubled journey ahead.

"We loved both of them," Kathie White said. "We need help."

Kathie has set up a GoFundMe to help fund memorial services for Sandra and Arkeyvion.

If you or someone you know is a victim of domestic violence, call the National Domestic Violence Hotline at 1-800-799-SAFE (7233)

RELATED: Henry County officer flings himself out of garage during rescue after being shot twice in incredible bodycam video

RELATED: These are the Henry County police officers shot in the line of duty

RELATED: Lives cut short: A student-athlete with a promising future. A registered nurse and expectant mother.