'She's moved just so many': Families travel to CMA to honor Winter the Dolphin

This weekend marks the start of Winter's memorial service. Tributes will continue through Nov. 24. 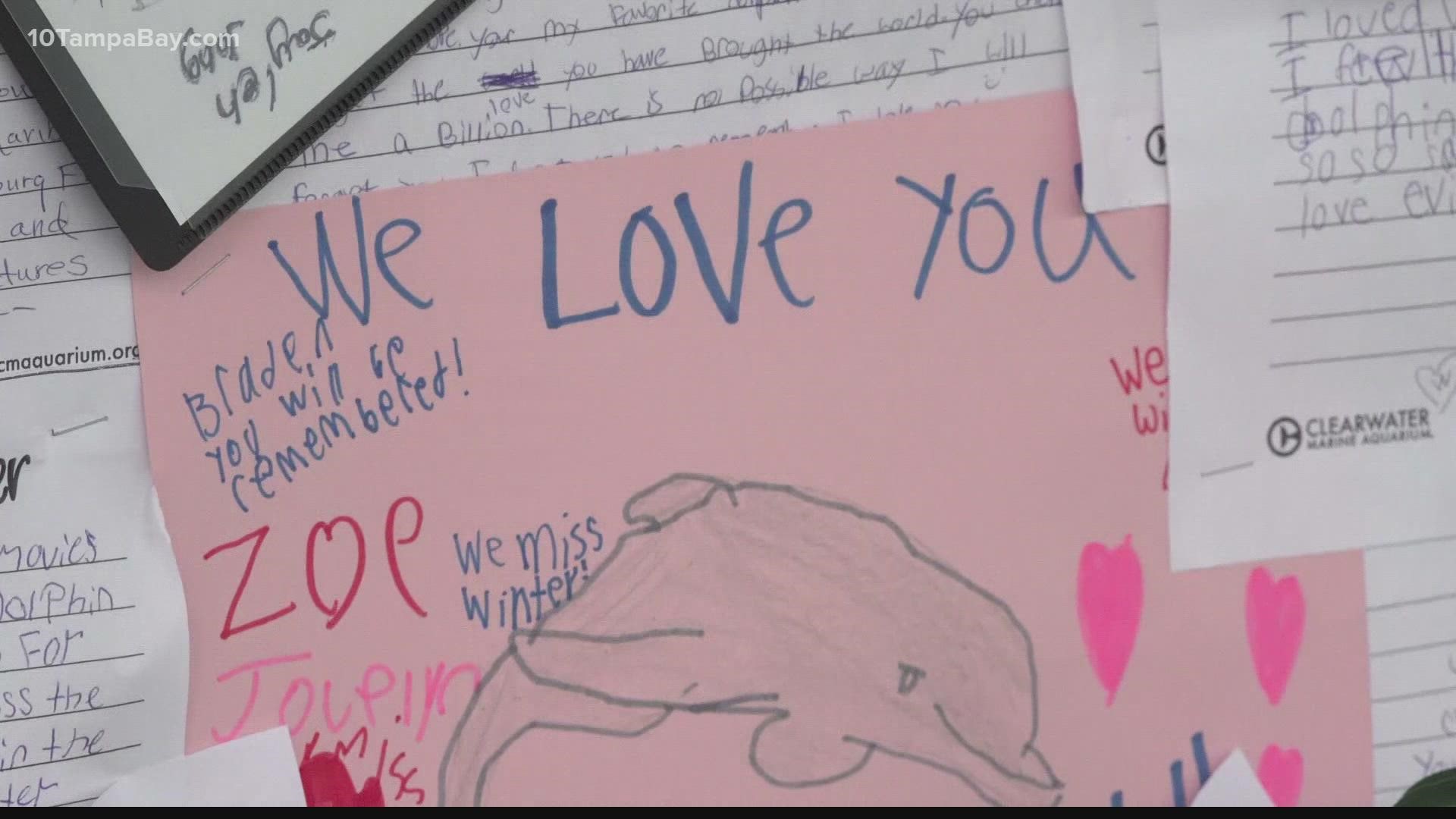 CLEARWATER, Fla. — Families throughout the United States traveled to Clearwater Marine Aquarium to say a final goodbye to Winter the Dolphin.

A private memorial service was held for Winter at CMA, while more people dropped off flowers and letters to staff at the aquarium.

The loss of Winter is a tough reality to accept but mourners also said they feel relief knowing she touched so many peoples' lives.

Haskins brought letters for CMA staff from students she oversees at Connerton Elementary School in Pasco County. She said she became inspired by Winter after watching the Dolphin Tale franchise.

“When I moved here, one of the places I wanted to come was Clearwater Marine Aquarium to see Winter," Haskins said.

Visitors like Brooke Knowles said Winter gave her an extra push to desire a career in environmental science.

“I’ve always really loved science and helping others but when I visited her, it really moved me a lot," Knowles said. “Coming here to honor her life really meant a lot to me.”

Other mourners like Stuart Saltzman said he has lived across the street from CMA since 2002.

“I also was outside here the night that they brought Winter here," Saltzman said.

Saltzman said his dog, Julius, recently died but knowing he's up there with Winter gives him relief.

“Hopefully, Julius is playing with all his toys somewhere in Heaven and Winter’s swimming with her tail up in Heaven and everything is hopefully fine with both of them," Saltzman said.

Winter also became known for her connection to people with disabilities and special needs.

It's a quality of Winter that Kathryn Leenhouts said she appreciates, especially for her son, Forrest Rosenberg.

“Somewhere up there, she’s watching us," Rosenberg said. "She knows her legacy will live on.”

Memorial tributes for Winter at CMA will continue through Nov. 24.