Veterans' Outreach hosted a birthday party for Joe Lavinger at the American Legion on Demorest Road on Monday. 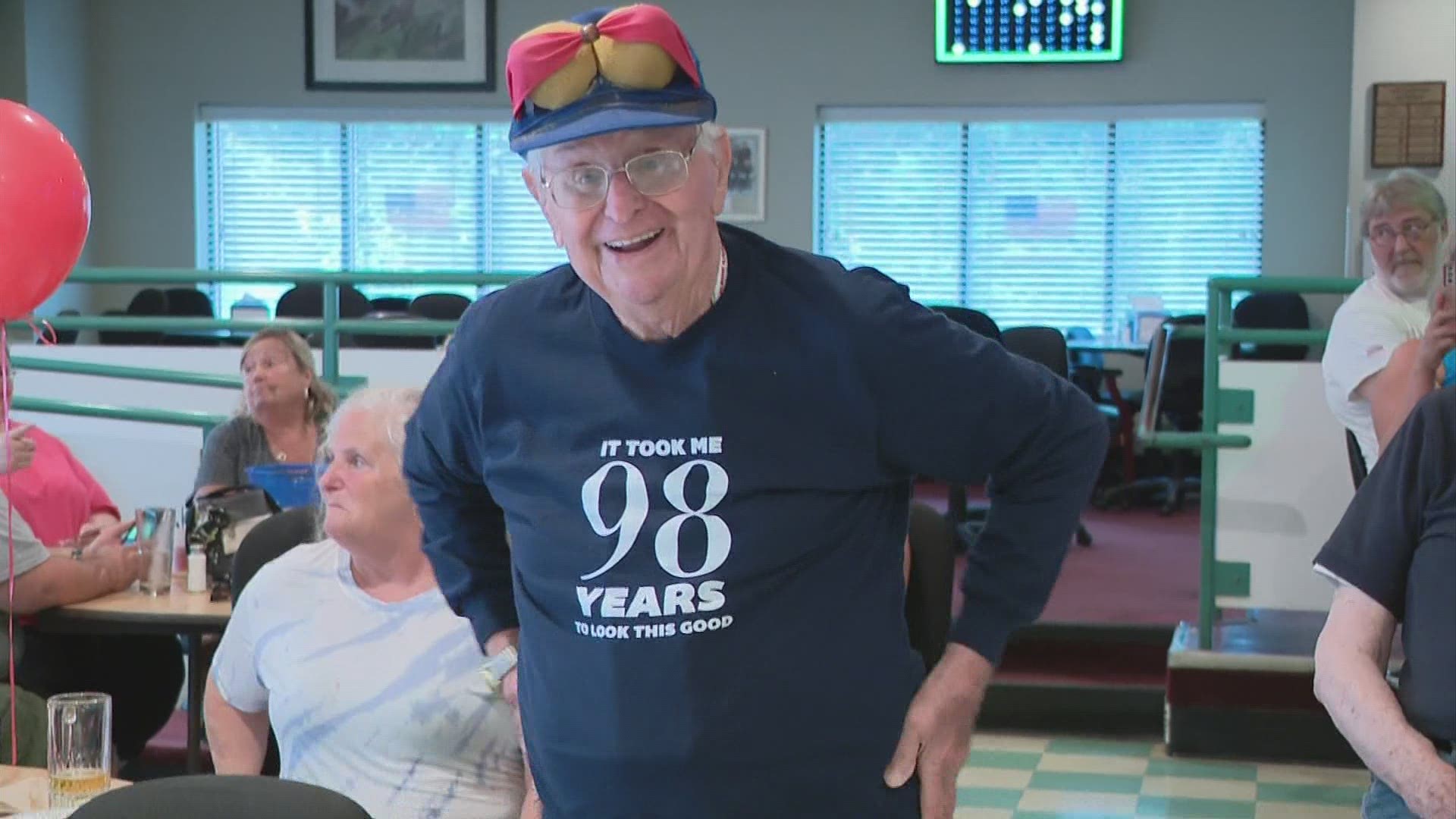 Veterans' Outreach hosted the birthday party for Joe Lavinger at the American Legion on Demorest Road.

Lavinger was a minesweeper on the beaches of Normandy during the war.

Afterward, he became an entertainer for 56 years. So it's no surprise he entertained at his birthday party doing the macarena for everyone.

When Lavinger was asked how it felt to turn 98, he said he couldn't wait to get to that age.

"I had a dream that I was going to be 98 and I was going to have a lot of girls around me all the time. That's why I like 98," Lavinger said with a chuckle.

Lavinger's wife was there to celebrate with him. The two have been married for 45 years.