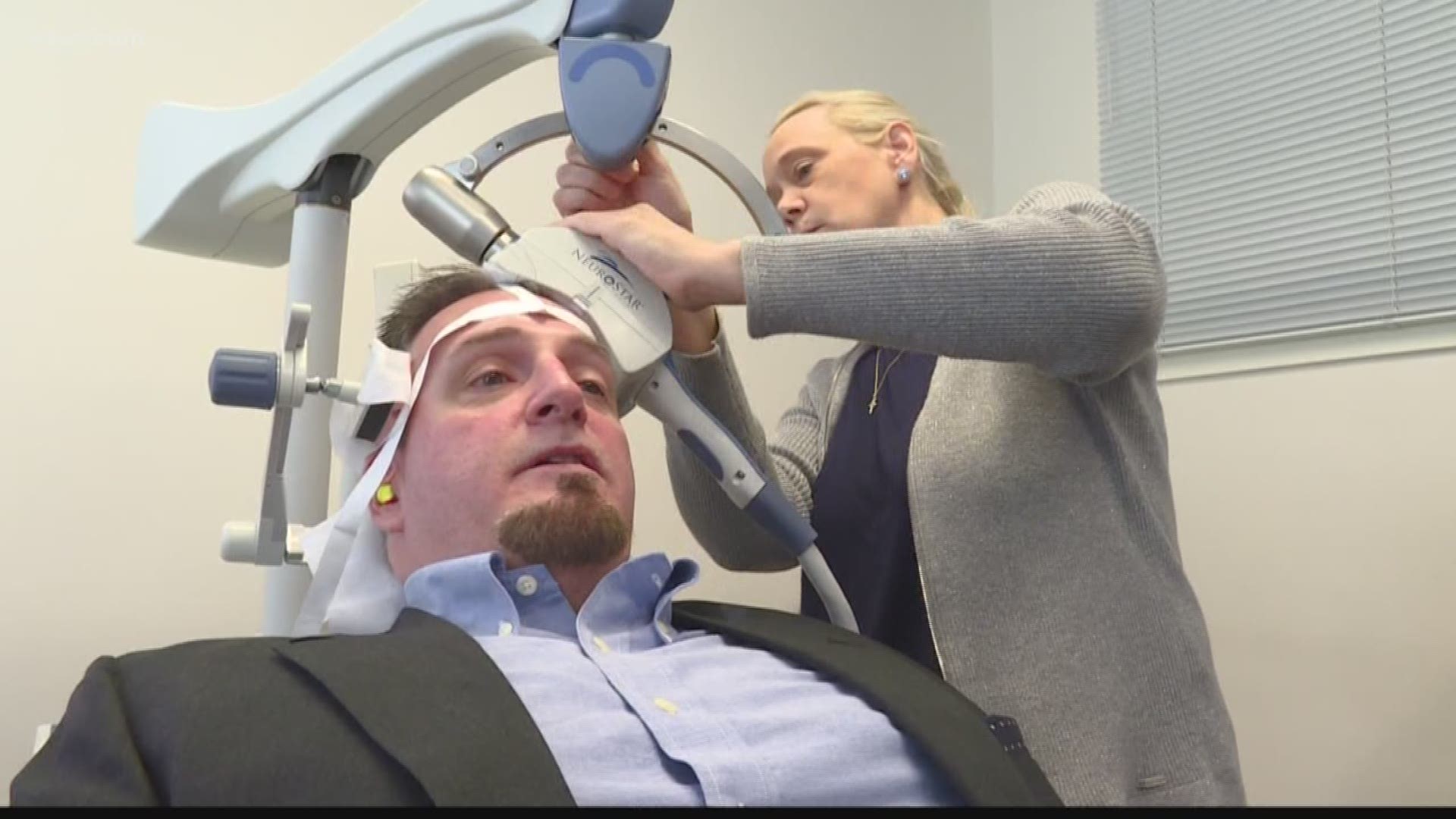 TAMPA, Fla. — Depression is one of the most common mental health problems in the U.S.

It's likely you or someone you know lives with this debilitating illness each and every day. Sadly, untreated depression can lead to suicide, which is now the 10th leading cause of death in our country.

There haven't been many new breakthroughs in treating depression, but psychiatrists are finding that transcranial magnetic stimulation (TMS) can help people when traditional anti-depressants just aren't working.

Ted Wojciechowski has had depression for most of his life. It began when he was just a kid after a death in the family.

"The sadness lasted," he said. "It wasn't a sadness that was just on the surface -- somebody passed away. It was a deep, deep, deep sadness that just would not go away."

For years, he found ways to cope, but it continued to get worse.

"It was just getting to be a dark place for me, even though I had everyone around me and everything, I just felt I was alone and it wasn't right even with medication," he said.

After months of researching, Ted reached out to Ryan Wagoner. Wagoner is a psychiatrist with USF Health. He recommended TMS.

"TMS, which is transcranial magnetic stimulation, is a non-invasive, non-medication based therapy for major depressive disorder," Wagoner said.

According to Wagoner, "The primary candidate for this would be someone who has tried multiple medications in the past, has a diagnosis of major depressive disorder, but hasn't quite gotten relief from their symptoms they're looking for."

Wagoner put Ted on an extended program. He got five treatments a week for six weeks. Each treatment takes about an hour. Ted is almost done, but about three weeks into the program he felt different.

"There's not a word to really describe it," he said. "It's freedom! It's freedom for the very first time in a very, very long time."

TMS treatment can be expensive, but health insurance providers are beginning to cover it or at least a portion of the cost.

And there is a time commitment. Wagoner recommends you do a consistent, extended program over six weeks.