He says it's his dream home and he loves it. 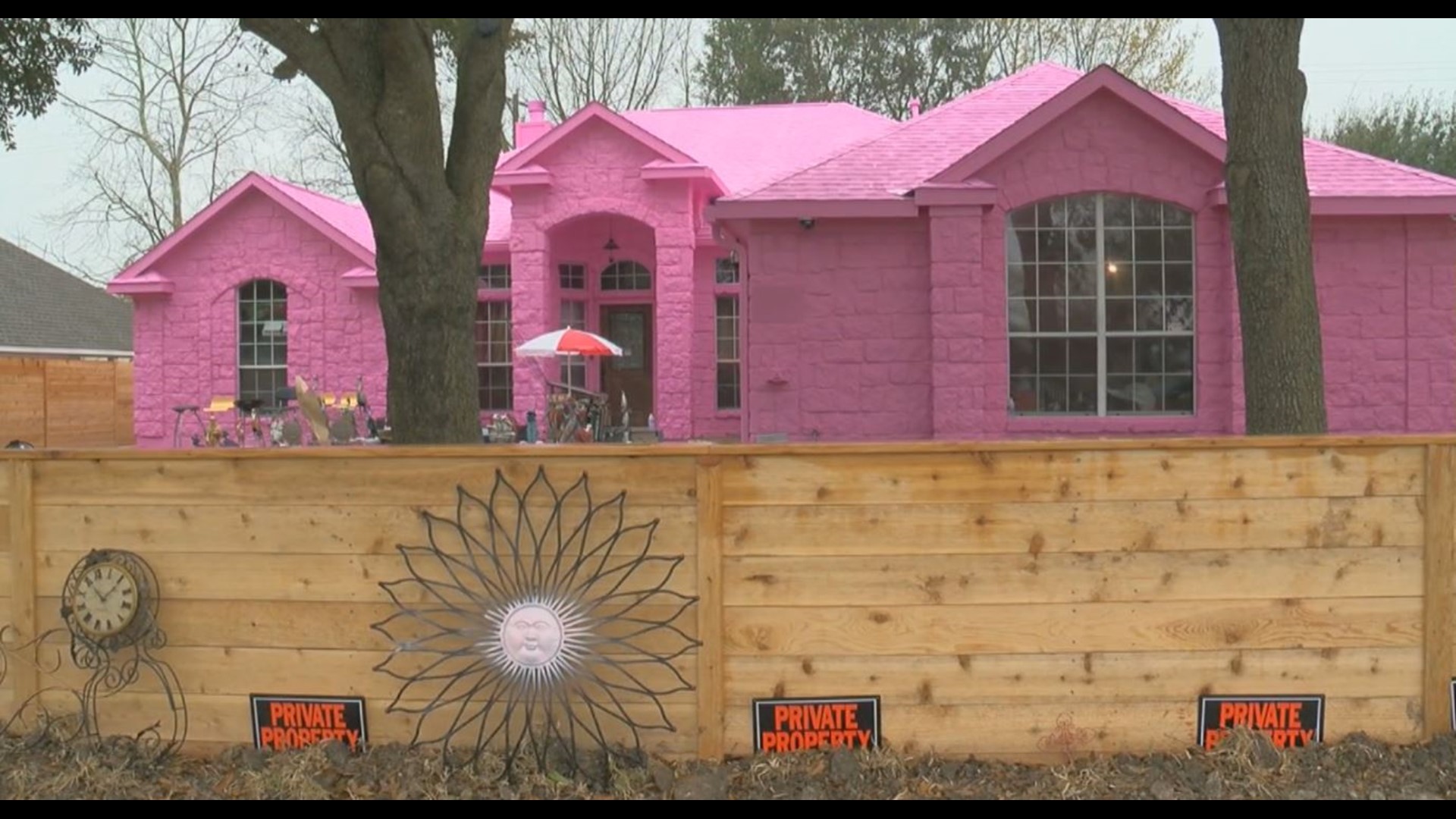 PFLUGERVILLE, Texas — One man appears confused as to why others that drive by his house don't like his freshly painted home.

Emilio Rodriguez told CBS affiliate KEYE-TV that he bought the home in November and decided to paint it pink, the roof and all.

He says it's his dream home and he loves it.

"I love this house. I don't know why people don't like it," Rodriguez told KEYE-TV.

Rodriguez, who has been paralyzed from the waist down after a car accident when he was 4 years old, says he painted the house to keep with the 'Keep Austin Weird' vibe. He says his favorite color is pink -- and has it tattooed all over his body.

Credit: CBS Austin via CBS News
Emilio Rodriguez says his favorite color is pink -- and has it tattooed all over his body. (CBS Austin)

"That's what people keep saying they're like why are people so freaked out? Have they never been to Austin?" he said.

Rodriguez has no HOA, so the only way neighbors may have a say is through a lawsuit.

"No HOA. I pre-planned this specifically because of that reason, so when people get mad I explain there is no HOA here," Rodriguez added.