The single mother of three says she was at her 'low point' when her son did something unbelievable. 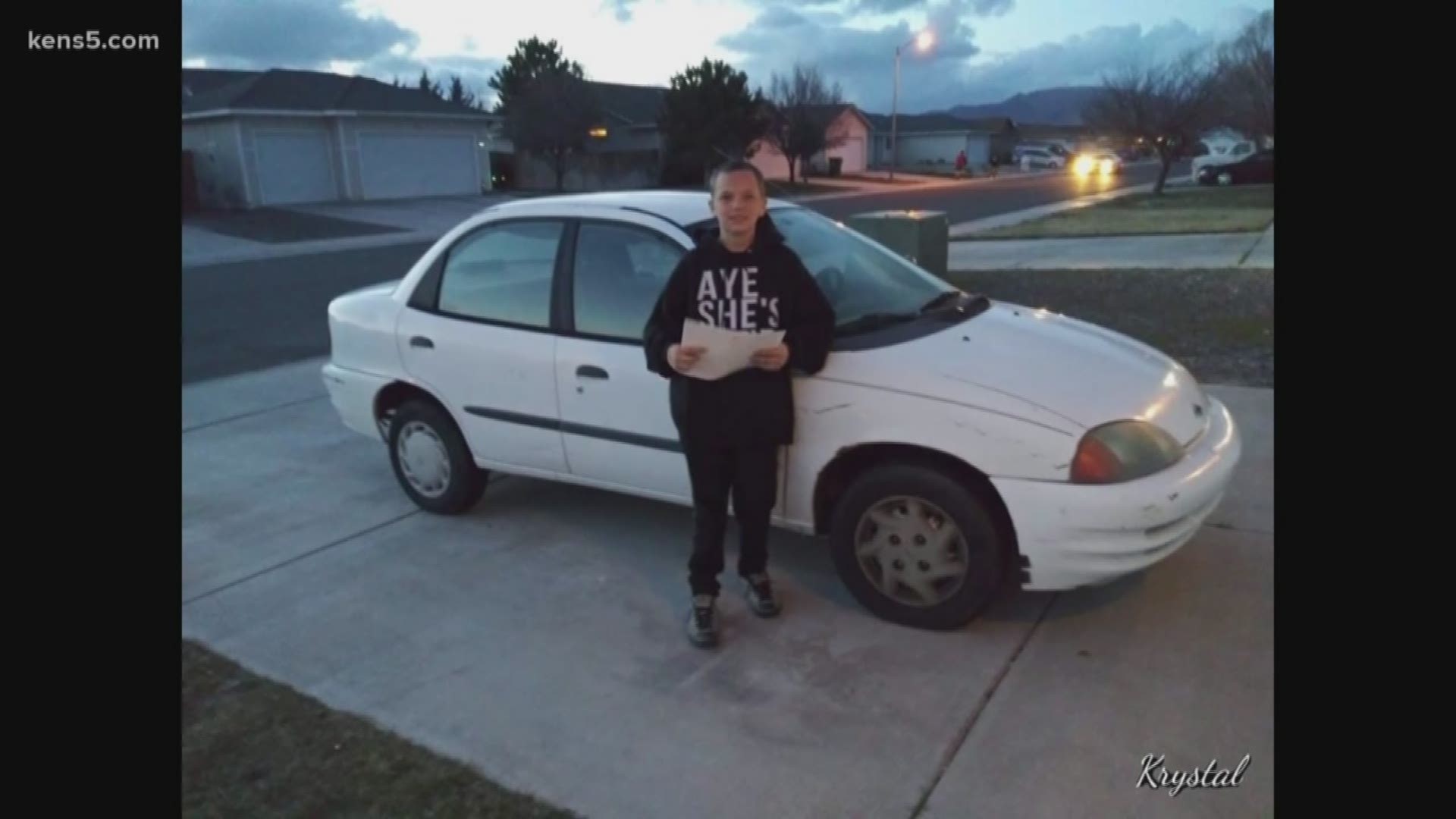 A single mother from Nevada said she was left speechless and in "complete shock" when her 13-year-old son bought her a car.

Krystal Preston shared her story on Facebook and told a local news station about how her and her three kids had been dealing with an unexpected situation and were trying to make ends meet without any transportation.

"At my low point, here comes my son," Preston said in an interview with KOLO.

She wrote that her son, William, had been mowing lawns and cleaning yards so she didn't think anything of it when he left one day to do a job. But then William came home and told his mom he had bought her a car.

Preston wrote that she laughed at first and didn't believe her eldest son. She told a local Nevada radio station she was sure her son was playing a prank on her.

William eventually convinced his mom to go outside, where a woman was waiting to give them a ride. When her son jumped in the car, Preston skeptically followed along.

"As I'm still thinking at this point [its] still a joke. We pull up to this house and
William says 'mom that's your car....,'" Preston wrote.

The 13-year-old told KOLO he got the idea from YouTube after seeing videos of children surprising their parents with cars.

William explained that he had been searching Facebook and found a woman selling a "really cheap" 1999 white Chevrolet Metro.

He reached out to the woman and asked if he could trade his Xbox for it or do some work to earn the car.

Preston explained that she started balling her eyes out when the big reveal happened and she got the keys and paperwork to the car.

"I am so proud of my son. He is such a good kid. He may have his days but OMG what 13 year old kid do you know that buys his mom a car," Preston wrote.