Alienation of affection: Yes, you can sue your marriage's homewrecker

North Carolina remains one of only six states allowing so-called Alienation of Affection lawsuits, in which a spouse can sue the third party who broke up the marriage. 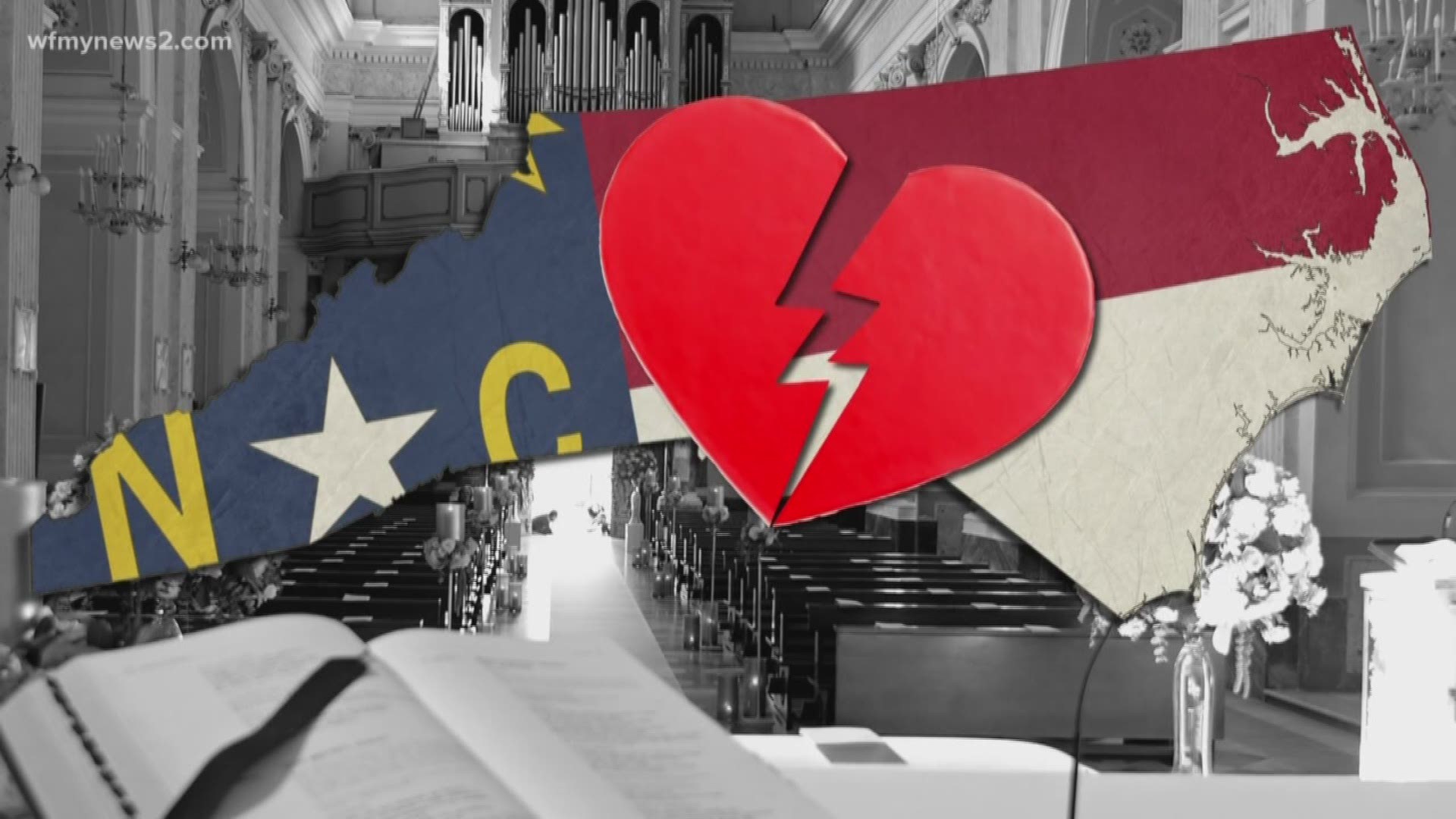 GREENSBORO, North Carolina — When you say, "I Do," you don't promise to sue. Yet, it's a reality for couples whose marriages aren't happily ever after...and who happen to live in North Carolina.

There's even a small screen movie about a real Burlington couple -- one of many who 'walk down the aisle' in court -- for Alienation of Affection.

"This is what North Carolina calls a heart balm action -- a balm for your heart," explained family law trial attorney Jessica Culver, Esq. with Dummit Fradin.

"So, if a third party has inserted themselves into your marriage in some way and destroyed the love and affection in your marriage, you have a remedy available," she explained.

WFMY News 2 sat down with both Culver and Winston-Salem-based trial attorney J. Scott Smith, Esq. with the Law Offices of J. Scott Smith. They explained they see approximately 200 Alienation of Affection cases filed in North Carolina every year.

Smith remembers learning of Alienation of Affection in law school.

Alienation of Affection is technically called a tort -- or a wrongful act. A husband or wife can sue any person they believe broke up their happy marriage.

"Some lawyers call it a mother-in-lawsuit, because indeed, an in-law can get in the way," Culver acknowledged.

Even so, the accuser must prove, through evidence, the third party interfered.

Smith explained, "There's going to be a point when that stops, the lovey dovey, 'Love you, babe.' And, if you can track that and say OK, well the reason it became more distant is because of this person here, that helps establish a case for Alienation of Affection."

In the majority of potential cases, though, the payout or lack thereof might not be worth the added trauma of trial.

"One of the first questions I ask is, 'Who is this third party, if we know, and do we know if they have assets?'" Culver explained.

North Carolina is one of only six states and one territory (Mississippi, South Dakota, New Mexico, Utah, Hawaii, Puerto Rico) that still allow Alienation of Affection. The origin is controversial.

"This comes from the same dogma that created the idea that women, wives, are their husbands' property," Culver emphasized.

Alienation of Affection dates back to the dowry days of old English law. North Carolina first recognized it in Barbee versus Armstead in 1849. In 1868, the state passed the Married Women's Property Act, allowing women to sue, too.

"I remember I got my first case, I believe in 2008, and I was very quick to accept it -- like if I don't do this now, I may never see one of these again," Smith recalled.

Smith did see one again -- a 2017 Forsyth County case that made national headlines. His client sued a local doctor for having an affair with his wife.

"I thought it was the most textbook case I've seen in 11 years."

Smith won, and his client received an undisclosed payout, yet the case went to the North Carolina Court of Appeals. That court upheld the tort as constitutional.

"One of my arguments was -- just because you don't like something doesn't mean it's not constitutional," he said.

True, but should Alienation of Affection stay on the books? Smith and Culver disagree.

"Indeed, money can solve a lot of problems. But, can it fix a broken heart? I'm not so sure," Culver said.

Smith argued, "It's true, money can't fix a broken heart, but...this is the civil justice system, and the only recompense, sometimes, is money. Can't go back in time and flip a time machine and say, 'Ok, I'm not going to do this.'"

In North Carolina, it also is illegal to commit the act of adultery. Statute 14-184 Fornication and Adultery states, "If any man and woman, not being married to each other, shall lewdly associate, bed and cohabit together...they shall be guilty of a class 2 misdemeanor." In most counties, it isn't prosecuted. 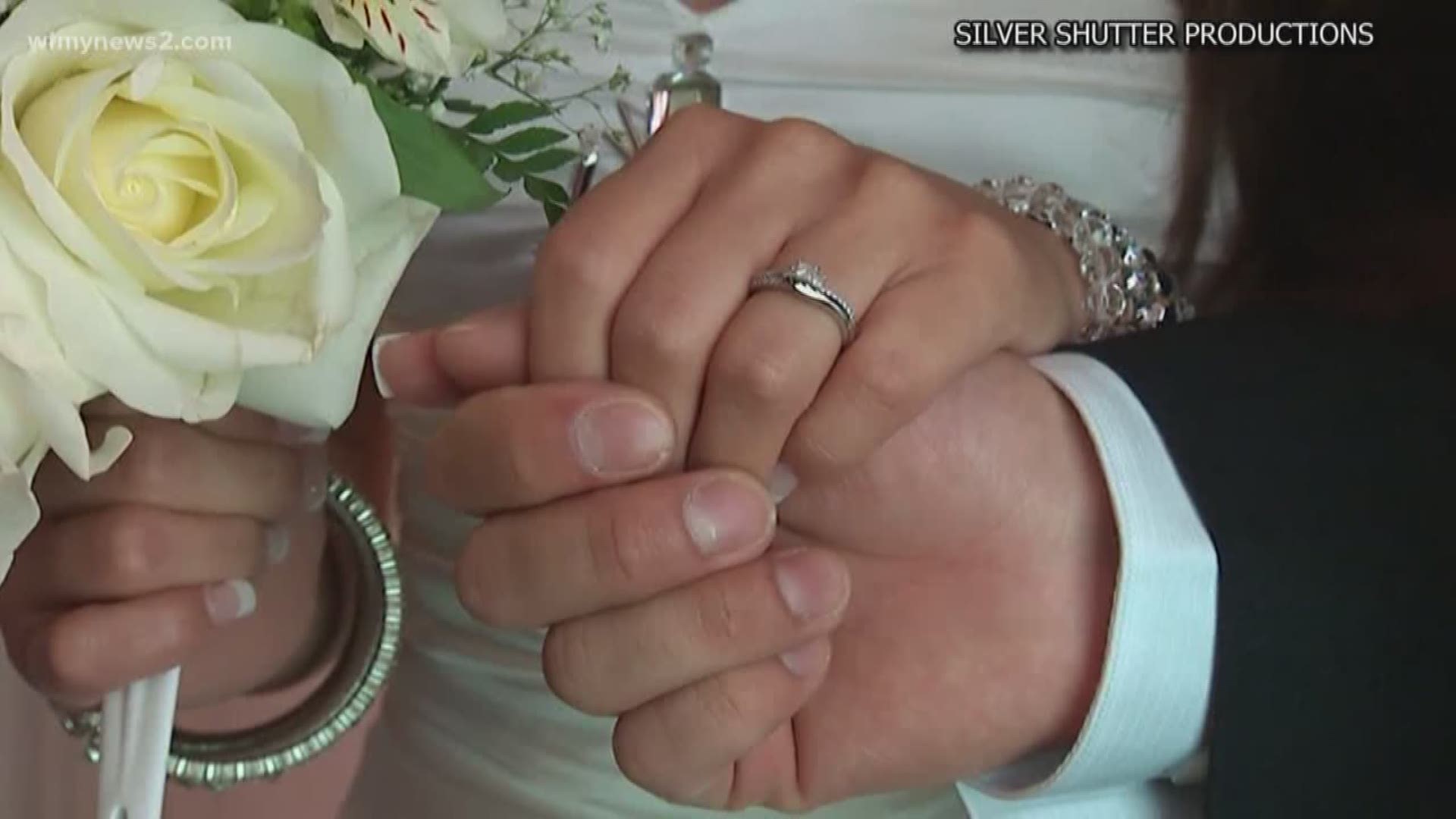