Charles Ludington, a classmate of Brett Kavanaugh and a professor of history, said that he would not discuss the Supreme Court nominee with the media, but would tell his story to the FBI. 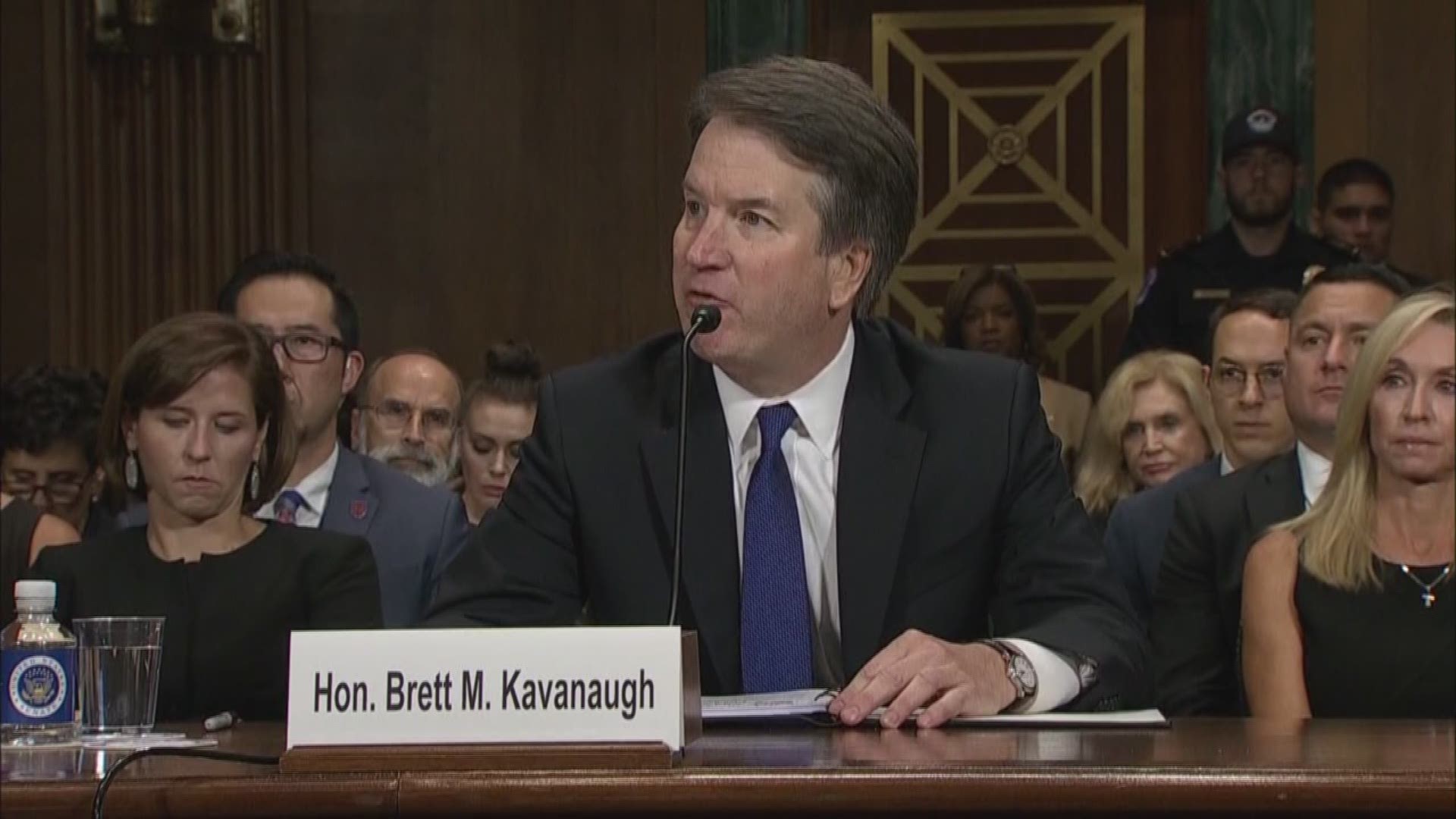 Charles "Chad" Ludington, an associate professor of history at North Carolina State University, released a statement saying Kavanaugh "has not told the truth" when denying he never blacked out and otherwise downplayed his drinking as a young man.

"On many occasions I heard Brett slur his words and saw him staggering from alcohol consumption," Ludington wrote. "When Brett got drunk, he was often belligerent and aggressive."

Ludington said he would not discuss Kavanaugh with the media, but would tell his story to the FBI. The agency is conducting a one-week investigation into sexual misconduct allegations against the federal judge that date back to high school.

Last week, a former freshman-year roommate of Kavanaugh's at Yale challenged the nominee's drinking claims. James Roche said Kavanaugh was a "notably heavy drinker, even by the standards of the time, and that he became aggressive and belligerent when he was very drunk."

Roche also said he believed Deborah Ramirez, another Yale classmate who claimed sexual misconduct against Kavanaugh. Kavanaugh has denied all the allegations.

Ludington said he was a varsity basketball and that Kavanaugh enjoyed socializing with athletes. But Ludington said he "cringed" when he watched Kavanaugh describe his drinking on a Fox News TV interview and in testimony before the Senate Judiciary Committee.

"In recent days I have become deeply troubled by what has been a blatant mischaracterization by Brett himself of his drinking at Yale," Ludington wrote. "Brett was a frequent drinker, and a heavy drinker."

Ludington wrote that heavy drinking as a youth should not "condemn a person for the rest of his life." But he said the statements Kavanaugh is making now do matter.

"If he lied about his past actions on national television, and more especially while speaking under oath in front of the United States Senate, I believe those lies should have consequences," Ludington wrote. "It is truth that is at stake, and I believe that the ability to speak the truth, even when it does not reflect well upon oneself, is a paramount quality we seek in our nation’s most powerful judges."

Not all his buddies from Yale are challenging Kavanaugh's drinking claims. Former NBA player Chris Dudley said he regularly drank with Kavanaugh while the two were classmates at Yale University – and “never, ever saw him blacked out" drunk.