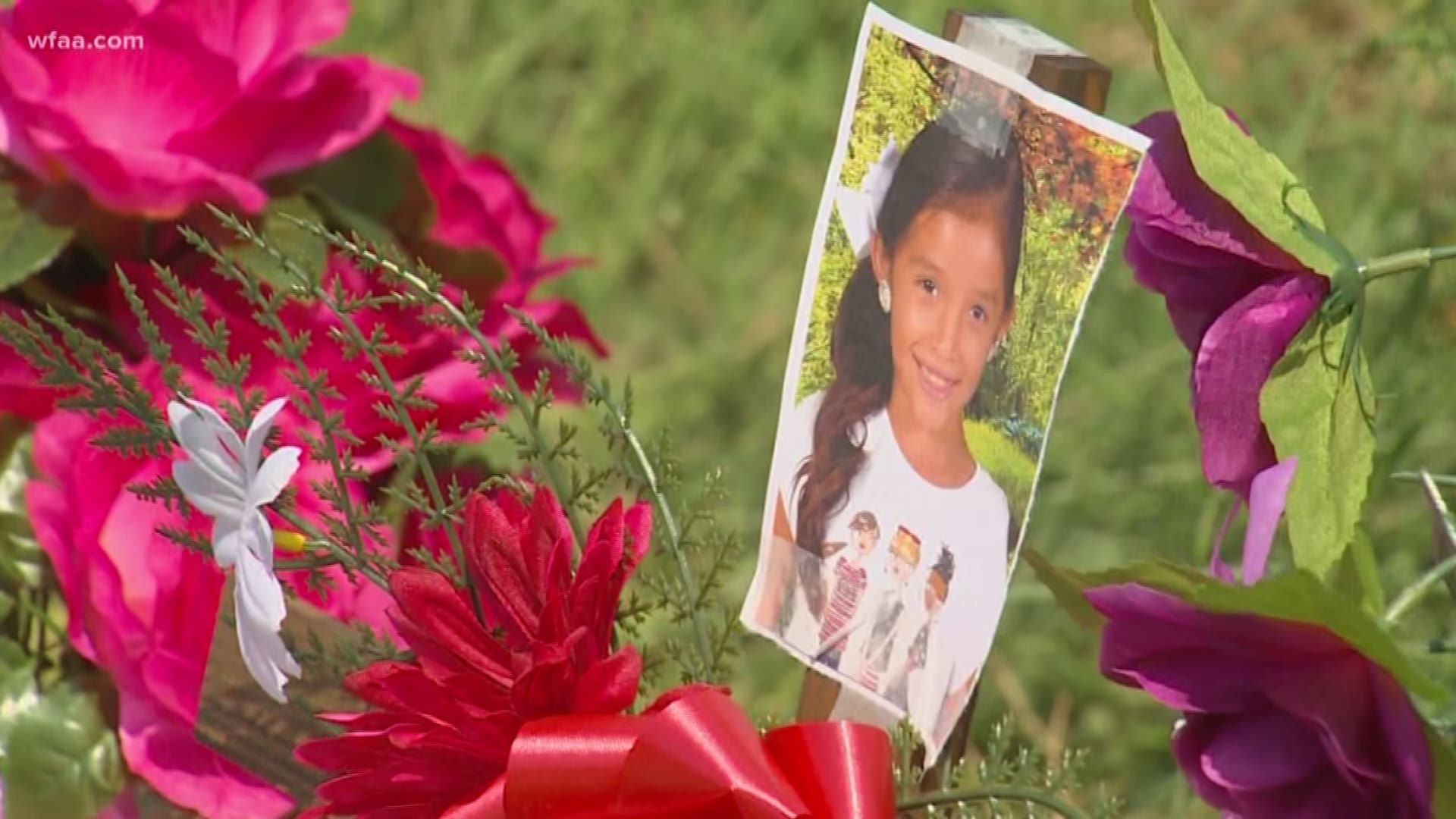 Three cars racing Friday night led to a deadly collision that claimed a child's life in the Pleasant Grove neighborhood of Dallas.

Police say drivers of a Ford Mustang, a Dodge Charger and a Dodge Challenger were racing at about 7:30 p.m. in the 10700 block of Lake June Road when they encountered a Chevy Impala making a left turn.

The Challenger T-boned the Impala, causing it to spin several times.

Olivia Mendez, 8, was ejected from the Impala and later died from her injuries at the hospital. Another child that was in a car seat suffered critical injuries. The driver was taken to a hospital in good condition.

The driver of the Challenger was arrested after being taken to the hospital with minor injuries. The drivers of the Mustang and Charger fled the scene but were apprehended a short time later.

Miguel Rocha said he was cut off by the Challenger and started recording video right after. The cellphone video captured the collision.

“The first thing I saw was the little girl in the white dress fly out the back window,” he said. “Those are just some images that are real graphic.”

Kim Watson was driving home to Mesquite when she witnessed the wreck.

“Why were they racing like that? They took an innocent life,” she said. “I thought about this little baby all day, all night."

She said she was so disturbed by what she saw that she drove by the site later.

"That’s when I saw the balloons," Watson said. "I thought she didn’t make it.”

Miguel Morales lives two homes down from the crash site and said he's frustrated because street racing is common in the area.

The driver of the Challenger was arrested after being taken to the hospital with minor injuries. The drivers of the Mustang and Charger fled the scene but were apprehended a short time later.

“I can’t stand it that nobody has done nothing about it,” he said. "It would be a good thing to put some speed bumps so they can’t be racing right around here."