Fisherman reels in 20-pound goldfish using a biscuit for bait

"I had one Cashion Rod with me and all I had for bait was a piece of a Lee’s Famous Recipe biscuit," Hunter Anderson said after catching a massive goldfish. 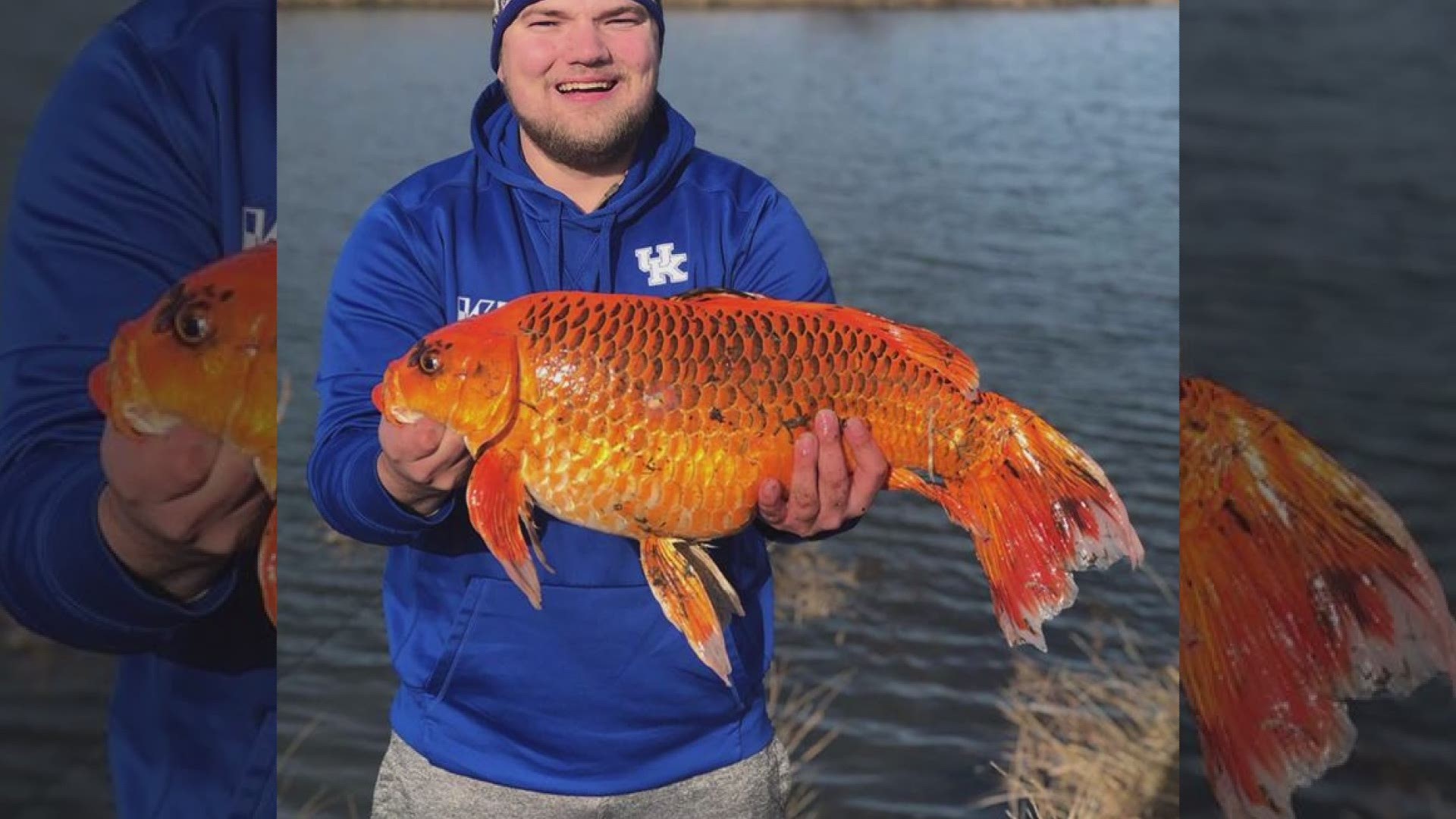 DANVILLE, Ky. — It's not every day you cast your fishing line and reel in what looks like a massive version of a family pet.

Hunter Anderson, a Kentucky fisherman, caught what he said was a 20-pound goldfish at a private pond in Danville this week.

"My girlfriend and I had been out that day and we were on our way home when I told her 'hey there used to be some big koi fish and goldfish in that pond', so she said 'I wanna see' and turned the car around," Hunter Anderson, the lucky fisherman, said.

Anderson said he had one Cashion Rod with him and all he had for bait was a piece of a 'Lee’s Famous Recipe' biscuit.

"So I put a piece of it on the hook the best I could. I cast out there and the fight was on," Anderson said.

He said he fishes avidly in tournaments and for fun.

"But this fish was different. It was one of the hardest fighting fish I’ve ever fought. It never ever wanted to give up. I’m lucky I got it in. But I did and I was screaming and jumping up and down as I had never seen anything like it," Anderson said.

He said he doesn't know if it was the biggest koi or goldfish ever caught but he'd like to find out.

"Maybe it’s some kind of record," he said.

His sister posted the photo of his catch on Facebook and stressed to her friends that the image was not something from National Geographic.

Cassie Anderson
What you are witnessing is NOT national geographic! It is not a stolen image or edited photo! This is my brother!! Who is holding what could possibly be.... that pet goldfish we flushed when I was...

"I think the reason it has over 1,000 likes and 2,000 shares on Facebook is because it’s something nobody has ever really seen before. I know I haven’t."

He said he didn't take too many pictures with the fish because he wanted to make sure it got back into the water safely.

"So I quickly got it back and it swam off just fine. So maybe a kid can catch it someday and be as happy as I was. That’s what it’s all about," he said.