Viral video from Friday appeared to show a group of white students in 'Make America Great Again' hats surrounding a Native American Vietnam veteran. But, there's more to the story. 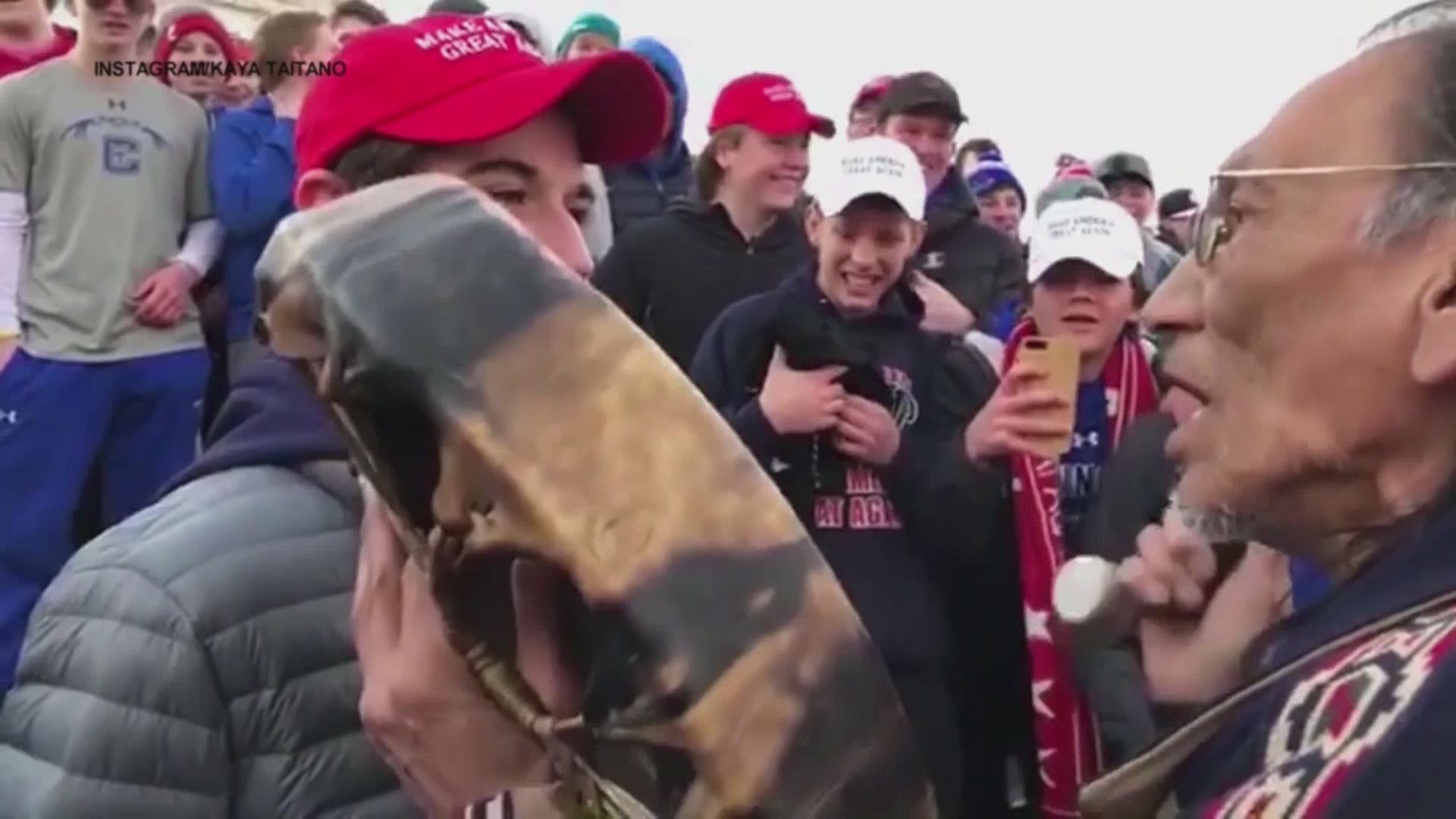 A video clip purported to show a group of white high school students wearing "Make America Great Again" hats surround a Native American elder who was a part of the Indigenous Peoples March in Washington D.C.

The video took off on social media, outraging those who believed the boys were mocking and taunting the man, Nathan Phillips, who is also a veteran of the Vietnam War. But by Sunday, a different picture emerged as more video surfaced from different perspectives.

The problem, CBS' David Begnaud said, is "the story as originally reported is incomplete."

Both Phillips and the high school junior seen in the first viral video, Nick Sandmann, have spoken out about the incident and disputed what the clip purports to show. There was also reportedly another group of players in this narrative -- protestors knowns as black Hebrew Israelites.

Nathan Phillips: The Omaha elder and activist was participating in the first Indigenous Peoples March in the nation's capital on Friday.

Nick Sandmann: The high school junior was part of a group of students from Covington Catholic High School in Kentucky. The all-male prep school had announced some students would take part in the annual March for Life Rally, which was Friday in Washington D.C.

Black Hebrew Israelites: A small group of men who identified themselves as part of a religious community that considers itself descendent of a lost tribe of Israel. According to the New York Times, witnesses and social media video depicted the men preaching some of their beliefs and shouting racially-charged comments at both the students and Native American activists.

First viral video: The clip, first posted to Instagram by 26-year-old Kaya Taitano, shows Phillips on the right beating a drum and chanting a prayer. On the left is Sandmann, who appears to be standing and smiling at Phillips. The video also shows the group of high school students standing around the two shouting and laughing, but it is unclear what they are saying.

After the first video, there were now-disputed reports the students were chanting "build the wall" in reference to President Donald Trump's push to build a wall along the U.S.-Mexico border.

The follow-up video: CBS said a new video surfaced Sunday showing what happened before the encounter between Phillips and Sandmann. Speaking to Begnaud, Phillips said he inserted himself between the students and the four men who are a part of the black Hebrew Israelites group.

Sandmann said the four men began yelling "hateful things" at him and his classmates after the men saw the "Make American Great Again" hats. The teen said the students began school spirit chants to counter the slurs being yelled at them.

Soon after the first video spread around the internet, news outlets began reporting the students were chanting "build the wall" and mocking Phillips. Vox reported the students "crashed" the Indigenous Peoples March and jeered at other participants.

Phillips later spoke to CBS about the encounter and Sandmann submitted a lengthy statement.

Phillips told CBS that he put himself between the students and the protestors and beat his drum while chanting a prayer for about three minutes. He said the incident happened after the Indigenous Peoples March organizers were breaking down the event, and he approached the groups first.

The activist told CBS' Jan Crawford he was trying to defuse the situation, which he claimed involved both the students and black Hebrew Israelites hurling racist insults at one another.

"It was a call to prayer," Phillips told CBS. "I put myself in prayer."

In a statement, Sandmann said the group of black Hebrew Israelites called his classmates "racists," "bigots," "white crackers" and "incest kids." He said a chaperone gave him and his classmates permission to chant school spirit chants to counter the insults.

About the encounter with Phillips, the student said "I never interacted with this protestor. I did not speak to him. I did not make any hand gestures or other aggressive moves."

"To be honest, I was startled and confused as to why he had approached me...I believed that by remaining motionless and calm, I was helping to diffuse the situation."

The Diocese of Covington and Covington Catholic High School said the incident is being investigated and they would "take appropriate action, up to and including expulsion."