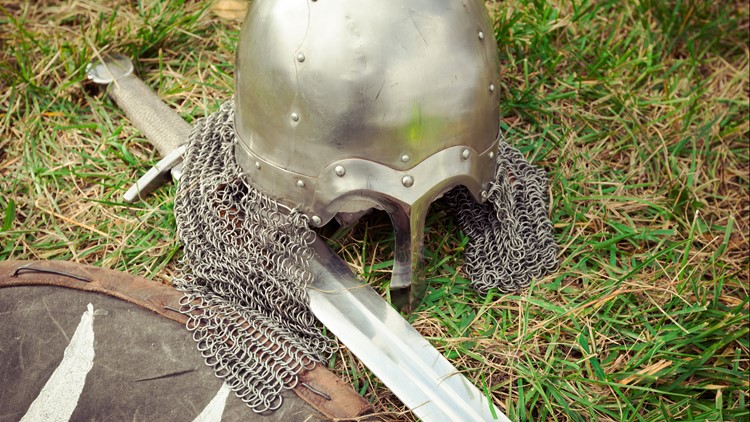 Photo by: Getty Images/iStockphoto
Helmet, sword and shield medieval warrior on the grass.

HARLAN, Iowa — A Kansas man is seeking a court-ordered sword battle to settle a dispute with his ex-wife and her attorney.

David Ostrom, of Paola, Kansas, said in a court filing that his former wife and her attorney had destroyed him legally. He asked a judge to let him engage in the "trial by combat" so that he can "rend their souls" from their bodies.

According to the Carroll Times Herald, Ostrom asked the district court in Shelby County to give him 12 weeks to buy or forge katana and wakizashi swords.

In court records, Ostrom argues that "trial by combat" hasn't been explicitly banned or restricted in the United States, according to the Des Moines Register.

The newspaper spoke to Ostrom on Monday, who said he got the idea after reading about a case in 2015 when a New York lawyer demanded a trial by combat citing "Game of Thrones." In 2016, New York Supreme Court Justice Philip Minardo denied that sword fight but admitted the state had never actually abolished duels, according to the New York Post.

The judge in Ostrom's case said he won't be issuing any decision soon.

Ostrom's request reportedly stems from his frustrations with his ex-wife and her attorney over communication with their two children, the Times Herald reported.