The dramatic scene showed a cloud of dense smoke engulfing the bell tower of the church before it collapsed, disappearing from the horizon. 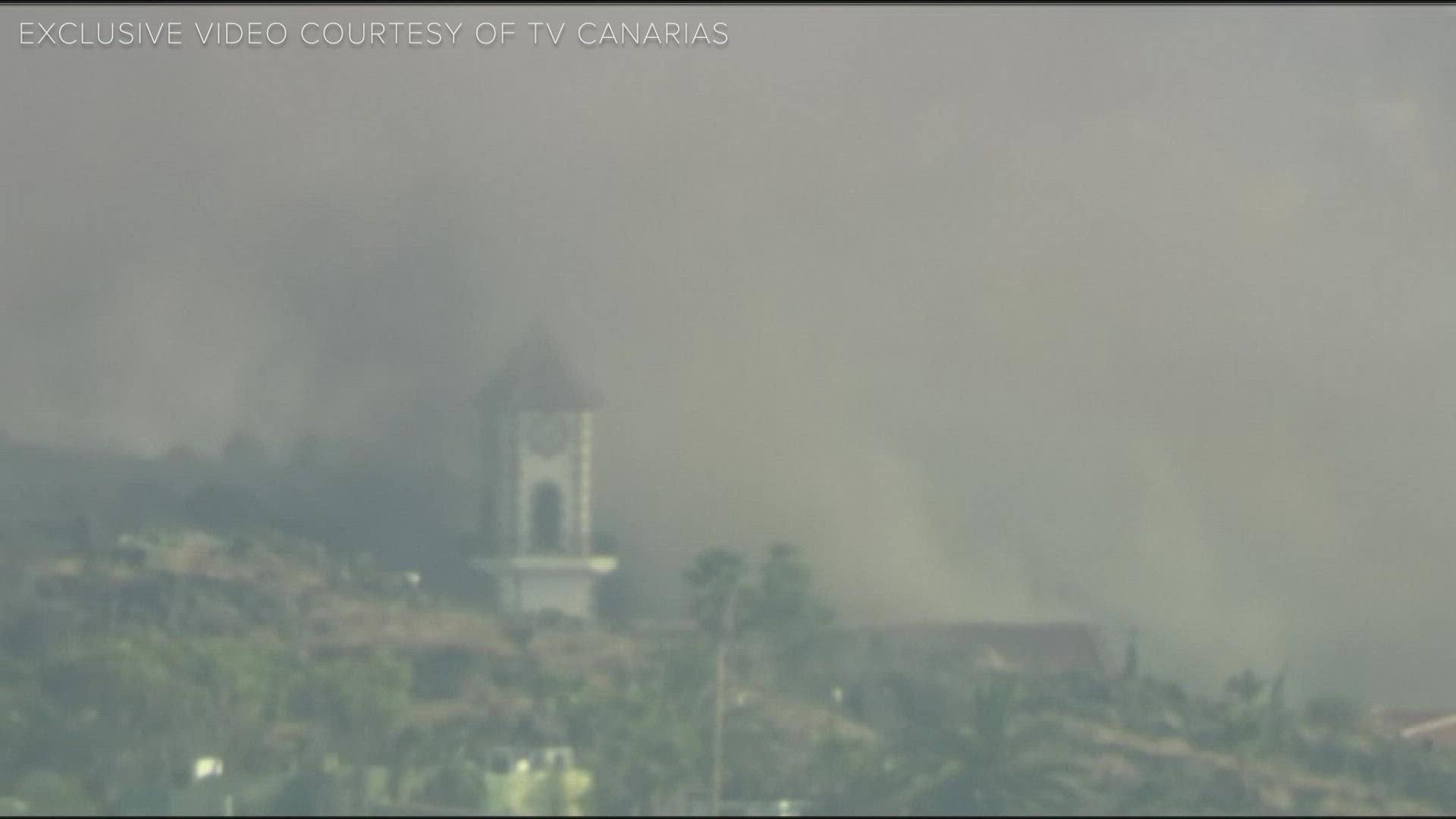 TODOQUE, Spain — A church on the Spanish island of La Palma crumbled on Sunday after lava from an erupting volcano entered the town of Todoque and reached the building.

The dramatic scene caught on camera by TV Canarias showed a cloud of dense smoke engulfing the bell tower of the church before it collapsed, disappearing from the horizon.

The volcano, which has buried more than 500 buildings and displaced over 6,000 people since last week, lessened its activity on Monday, although scientists warned that it was too early to declare the eruption phase finished and authorities ordered residents to stay indoors to avoid the unhealthy fumes from lava meeting sea waters.

The plume of ash emerging from the main vent that opened on Sept. 19. stopped in the early hours of Monday, live footage of the Cumbre Vieja range in the La Palma island broadcasted by the public Canary Islands Television showed. But the column of ash and volcanic material returned after a two-hour hiatus.

“The volcano of La Palma has entered in a phase of lower activity,” the Madrid-based Institute of Geosciences, IGEO, said in a tweet. “Let's see how it evolves in the coming hours.”

The archipelago's volcanology institute published graphs showing a sharp decline in seismic activity in the area. “In the last hours the volcanic tremor has almost disappeared, as well as the strombolian explosive activity,” Involcan said on Twitter. But the institute had to follow later with another post announcing that, in addition to the ash cloud, “the re-emission of lava in the main cone is also confirmed.”

Experts were also on alert as the swarm of quakes that preceded and accompanied Spain's first volcanic eruption on land in half a century moved south, with more activity detected in the island's Fuencaliente area, Spain's National Geographic Institute said.

Meanwhile, the island's authorities advised residents in four neighborhoods to remain indoors to avoid toxic gases that could be released as a result of lava at more than 1,000 degrees Celsius (1,830 Fahrenheit) meeting Atlantic Ocean water at a temperature of around 20 degrees Celsius.

Scientists say that the thermal shock results in the release of water vapor plumes loaded with hydrochloric acid and tiny particles of volcanic glass that can cause skin, eye and respiratory tract irritation.

Shopkeepers and residents were also sweeping the layer of ash that had fallen over the island's capital, Santa Cruz de Las Palmas, after winds dispersed the volcano's cloud the day before.

The speed of the flow had increased since Sunday as a result of more fluid lava descending down a sharp slope toward cliffs onto the sea. The flow was some 800 meters from reaching the water early on Monday, authorities said.

More than 230 hectares have been buried by the lava, which has destroyed over 18 kilometers of roads, according to Copernicus, the EU's satellite monitoring service. The molten rock has destroyed houses, schools, churches and health centers, as well as irrigation infrastructure for the island's banana plantations, which provide nearly one-third of the island's jobs.

No fatalities or serious injuries have been reported since the volcano’s eruption.

La Palma, home to about 85,000, is part of the volcanic Canary Islands, an archipelago off northwest Africa. The island is roughly 35 kilometers (22 miles) long and 20 kilometers (12 miles) wide at its broadest point. 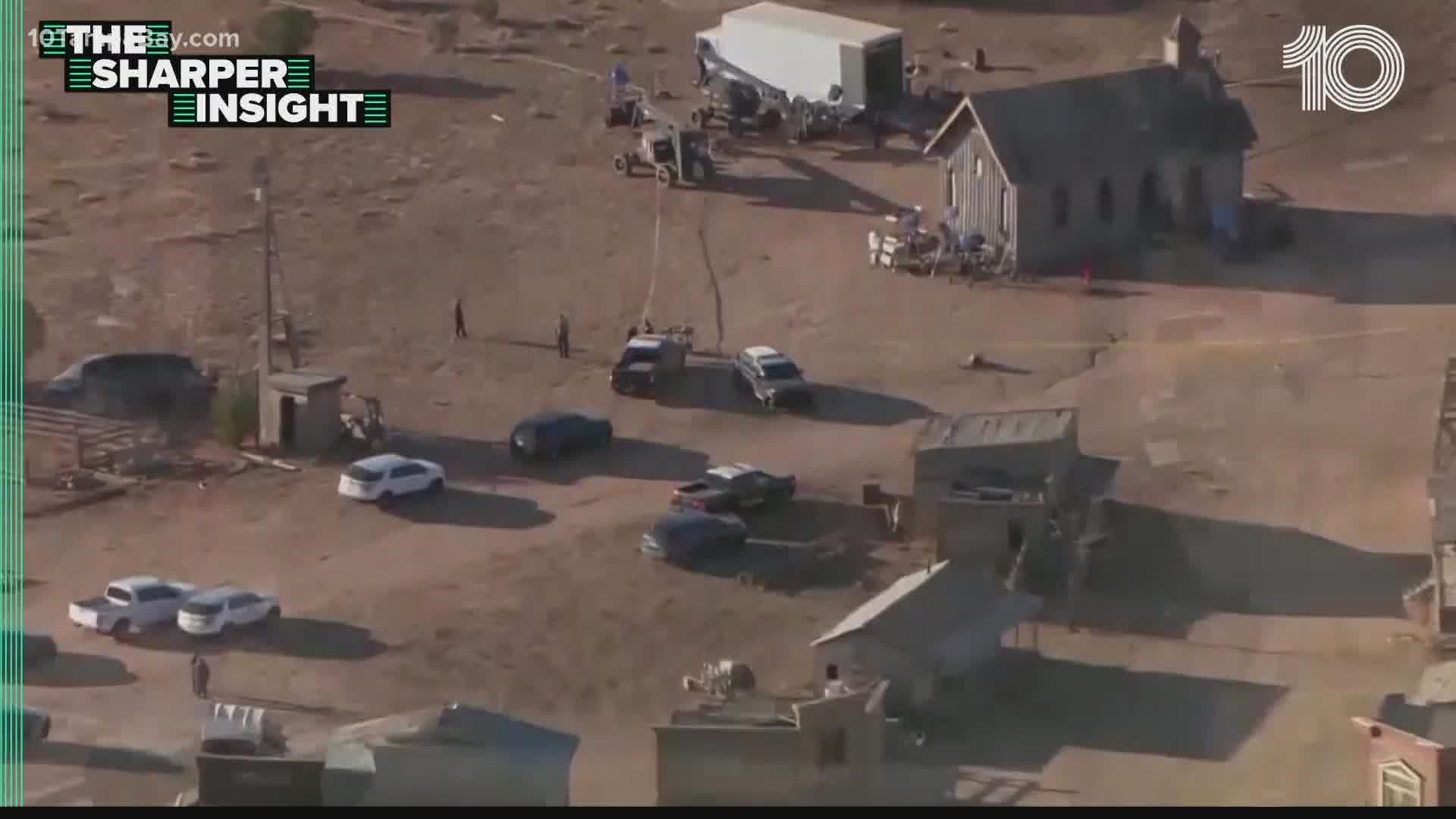