Three men recently named in the indictment are from Florida. 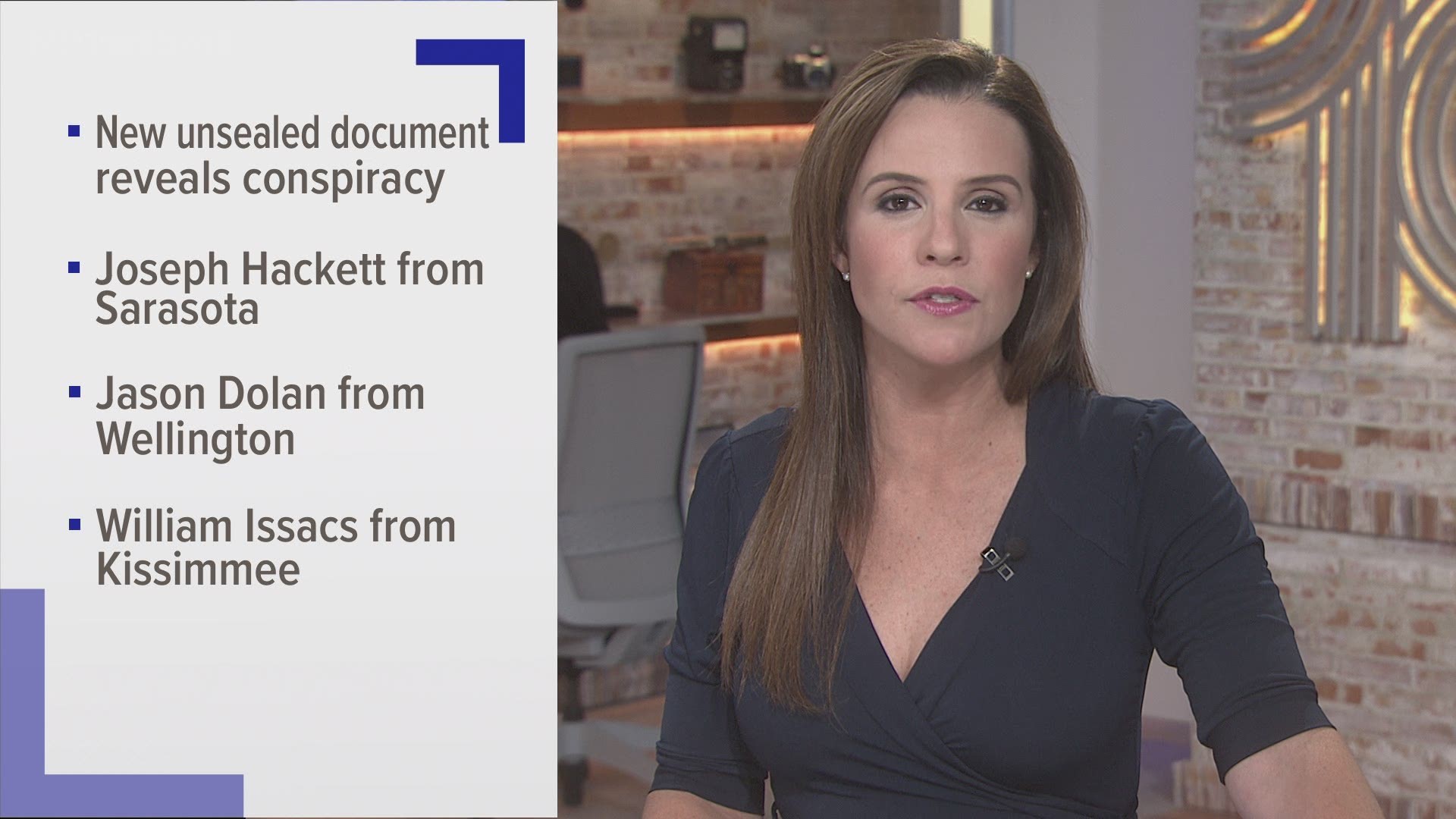 WASHINGTON — Four more members of the Oath Keepers have been indicted for their alleged role in a conspiracy to obstruct Congress' vote to certify the 2020 election.

And, three of the four people recently added to the indictment are from Florida.

The indictment charges Joseph Hackett, Jason Dolan, William Isaacs and a fourth unnamed person for allegedly conspiring to storm the Capitol and interfere with the certification of the 2020 election.

The four people join 12 other Oath Keeper members as defendants in the indictment. The case is the largest and most serious brought by prosecutors so far in the Jan. 6 attack.

According to the indictment, Hackett is from Sarasota, Dolan is from Wellington and Isaacs is from Kissimmee. It is unclear at this time why the fourth individual's name is redacted.

Isaacs, 21, is also charged on those counts. Additionally, he faces two counts of civil disorder and aiding and abetting.