Microsoft announced Sunday that its bid to buy TikTok has been rejected, removing a leading suitor for the Chinese-owned app a week before Trump promised to ban it. 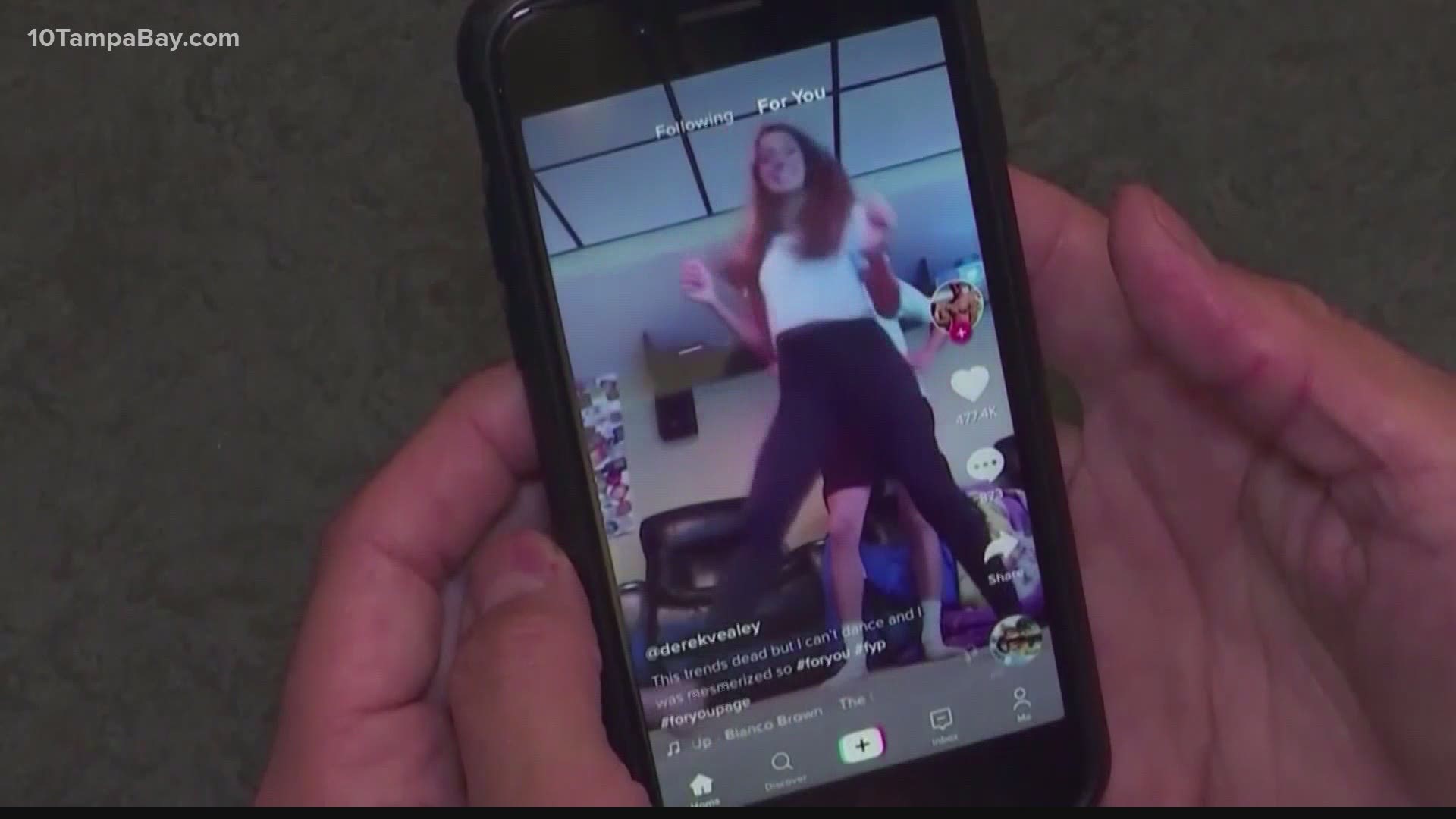 Oracle said Monday that the Chinese owner of TikTok has picked the U.S. company to be its “trusted technology provider," beating out rival Microsoft in a deal that could help keep the popular video-sharing app running in the U.S.

Oracle spokeswoman Deborah Hellinger said she was confirming remarks made by U.S. Treasury Secretary Steven Mnuchin, who told CNBC on Monday that TikTok's parent company, ByteDance, submitted its proposal to the U.S. government for approval.

“We did get a proposal over the weekend that includes Oracle as the trusted technology partner with Oracle making many representations for national security issues," Mnuchin said.

TikTok said in a statement Monday that its proposal to the Treasury Department should "resolve the Administration’s security concerns” and emphasized the importance of its app to the 100 million users it claims in the U.S.

President Donald Trump's administration has threatened to ban TikTok by Sept. 20 and ordered owner ByteDance to sell its U.S. business, claiming national security risks due to its Chinese ownership. The government worries about user data being funneled to Chinese authorities. TikTok denies it is a national security risk and is suing to stop the administration from enacting the threatened ban.

Much remains unclear about the proposed deal with Oracle, which is pointedly not referring to it as a sale or acquisition.

Any deal must still be reviewed by the Committee on Foreign Investment in the United States, known as CFIUS, a U.S. government group chaired by the Treasury Secretary that studies mergers for national security reasons. Mnuchin said he expects the group to review the proposal this week and later make a recommendation to the president.

RELATED: TikTok and its employees prepare to fight Trump over app ban

The president can approve or deny a transaction recommended by the panel, though Trump has already voiced support for Oracle as a “great company” that could handle the acquisition.

If the arrangement is approved by the U.S. government, TikTok would be allowed to continue operating.

Microsoft said in a Sunday statement that ByteDance “let us know today they would not be selling TikTok’s US operations to Microsoft.”

Proposals to acquire TikTok's U.S. business raised questions among outside observers about how it would be split from the rest of TikTok’s social media platform, which is popular worldwide. ByteDance also owns a similar video app, Douyin, for the Chinese market.

Microsoft added it was “confident our proposal would have been good for TikTok’s users, while protecting national security interests.” The company said it “would have made significant changes to ensure the service met the highest standards for security, privacy, online safety, and combating disinformation.”

Walmart, which had planned to partner with Microsoft on the acquisition, said Sunday it “continues to have an interest in a TikTok investment” and is talking about it with ByteDance and other parties.

TikTok, which says it has 100 million U.S. users and about 700 million globally, is known for its fun, goofy videos of dancing, lip-syncing, pranks and jokes. It’s recently become home to more political content such as the comedian Sarah Cooper, who drew a large audience by lip-syncing Trump’s often-disjointed statements from public appearances.

But the app has also raised concerns because of its Chinese ownership. The White House has cracked down on a range of Chinese businesses, including telecom equipment makers Huawei and ZTE and messaging app WeChat, over worries that they would enable Chinese authorities to access U.S. user data. Republican and Democratic lawmakers have raised concerns about censorship and children’s privacy.

TikTok denies that it has shared user data with the Chinese government or that it would do so if asked. The company says it has not censored videos at the request of Chinese authorities and insists it is not a national-security threat.

TikTok has sued to stop the ban, but not the sale order. The negotiations have been complicated by several factors, including Trump’s repeated demands that the U.S. government should get a “cut” of any deal, a stipulation and role for the president that experts say is unprecedented.

In addition, the Chinese government in late August unveiled new regulations that restrict exports of technology, likely including the artificial intelligence system TikTok uses to choose which videos to spool up to its users. That means ByteDance would have to obtain a license from China to export such technology to a foreign company.

“The Chinese government has implied it may block export of TikTok’s AI systems, so that might complicate a direct sale,” said Tiffany Li, a visiting professor at the Boston University School of Law.

She said that TikTok’s AI-backed video recommendation system is one of the app's competitive advantages.

Whether the Oracle-TikTok deal will allow the sidestepping of Chinese export restrictions depends on which entity retains control of TikTok in the U.S., said Paul Haswell, a Hong Kong-based partner at law firm Pinsent Masons.

The deal had come together rapidly after the administration ramped up its threats against TikTok this summer, despite TikTok’s efforts to put distance between its app and its Chinese ownership. It installed former Disney executive Kevin Mayer as its American CEO, but he resigned in August after just a few months on the job, saying the “political environment has sharply changed.”

Both Microsoft and Oracle are known more for their business software offerings than for those intended for consumers.

Oracle primarily makes database software. It competes with tech giants such as Microsoft and Amazon that provide cloud services as well as business-software specialists like Salesforce.

Some analysts see Oracle’s interest in a consumer business as misguided. Oracle should focus on enterprise-market acquisitions and not invest in a consumer app like TikTok that doesn’t fit with the rest of its business, said Jefferies analyst Brent Thill, who compares the idea to Delta Airlines buying a motorcycle company. “It doesn’t make any sense,” he said.

Thill suggested that TikTok competitors like Facebook and Snapchat should be “cheering on Oracle” as a buyer, because Oracle wouldn’t “add a lot of value to the app.”

Oracle co-founder Larry Ellison is unusual among tech executives for his public support of Trump, hosting a fundraiser for him in February at his Rancho Mirage, California, estate. The company also hired a former top aide to Vice President Mike Pence; its CEO, Safra Catz, also served on Trump’s transition team.

The president said on Aug. 18 that Oracle was “a great company” that “could handle” buying TikTok. He declined to state his preference between Oracle and Microsoft as buyers.

“We have a lot of confidence in both Microsoft and Oracle,” Mnuchin said Monday. "They’ve chosen Oracle.”