US Women's World Cup champions arrive home ahead of parade

The U.S. women's national team kept the celebration going after arriving back home. They posed for pictures on the tarmac as they sang 'We Are The Champions.' 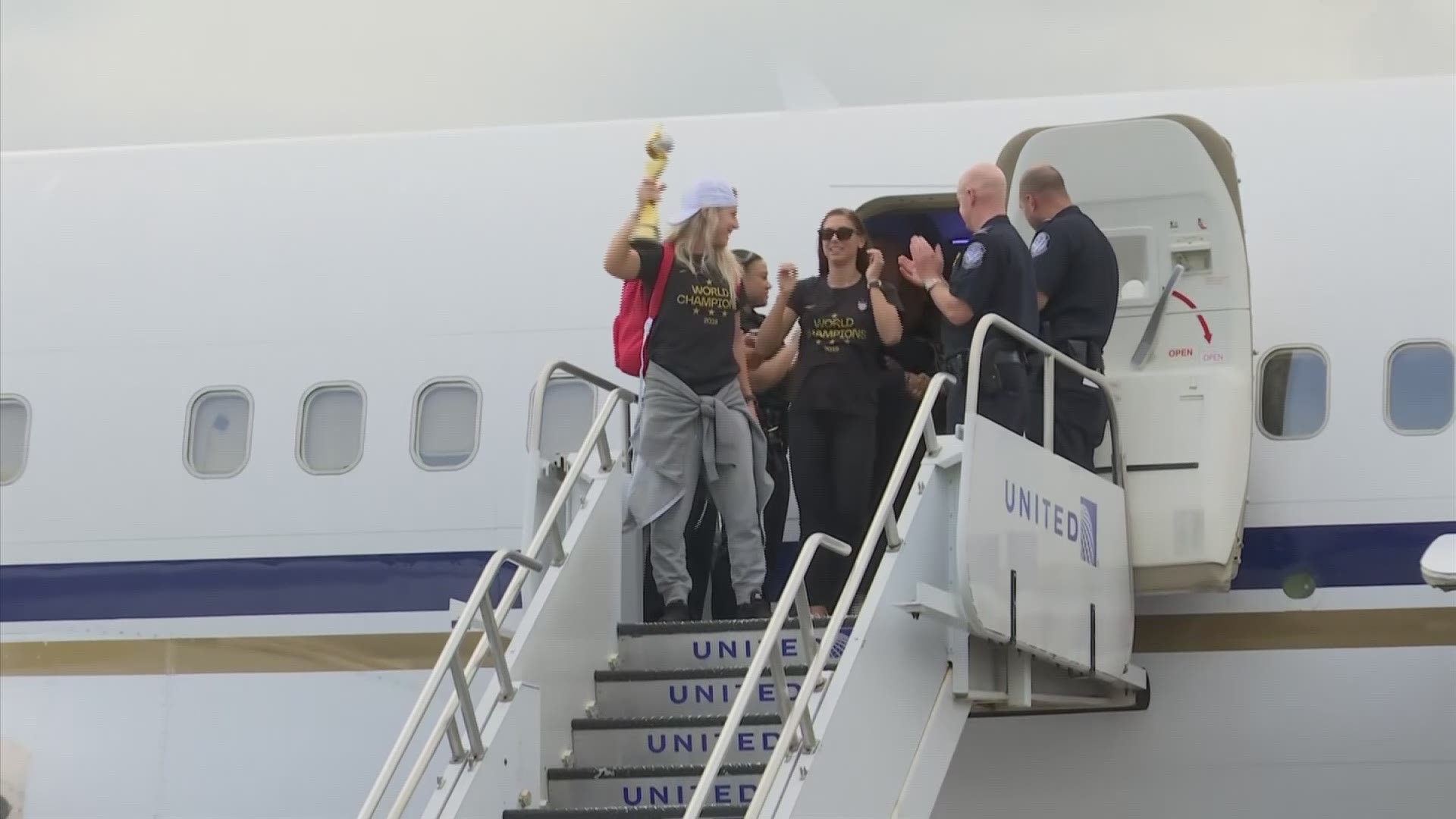 NEW YORK — Megan Rapinoe stepped off the plane with champagne in hand — a fizzy souvenir from a most memorable trip overseas.

"Thank you, France, for the hospitality," the U.S. soccer star said. "But wow, we are very excited to be back in America."

The U.S. women's national team arrived in New York on Monday, a day after beating the Netherlands 2-0 to capture a record fourth Women's World Cup title. Players and staff touched down at Newark Liberty International Airport at about 4:30 p.m., where they were met with cheers and a banner saying "Congratulations Team USA!" More fans waited at their hotel in Manhattan, and the players are sure to be feted around the city all week, capped with a ticker-tape parade Wednesday up the Canyon of Heroes.

"I think everyone's feeling just incredible right now," said Alex Morgan, who swapped out her imaginary teacup for a gold bottle of bubbly on the flight.

Rapinoe converted a penalty kick in the second half and Rose Lavelle added a goal in the championship game, kicking off a party that carried over to the tarmac in Newark. Players gathered for a toast and posed for pictures as they sang "We Are The Champions."

"We kind of went through stages," Morgan said. "Initially everyone was excited, and then a little hungover, and then we slept a little bit, and then we got up and started just celebrating a little more." 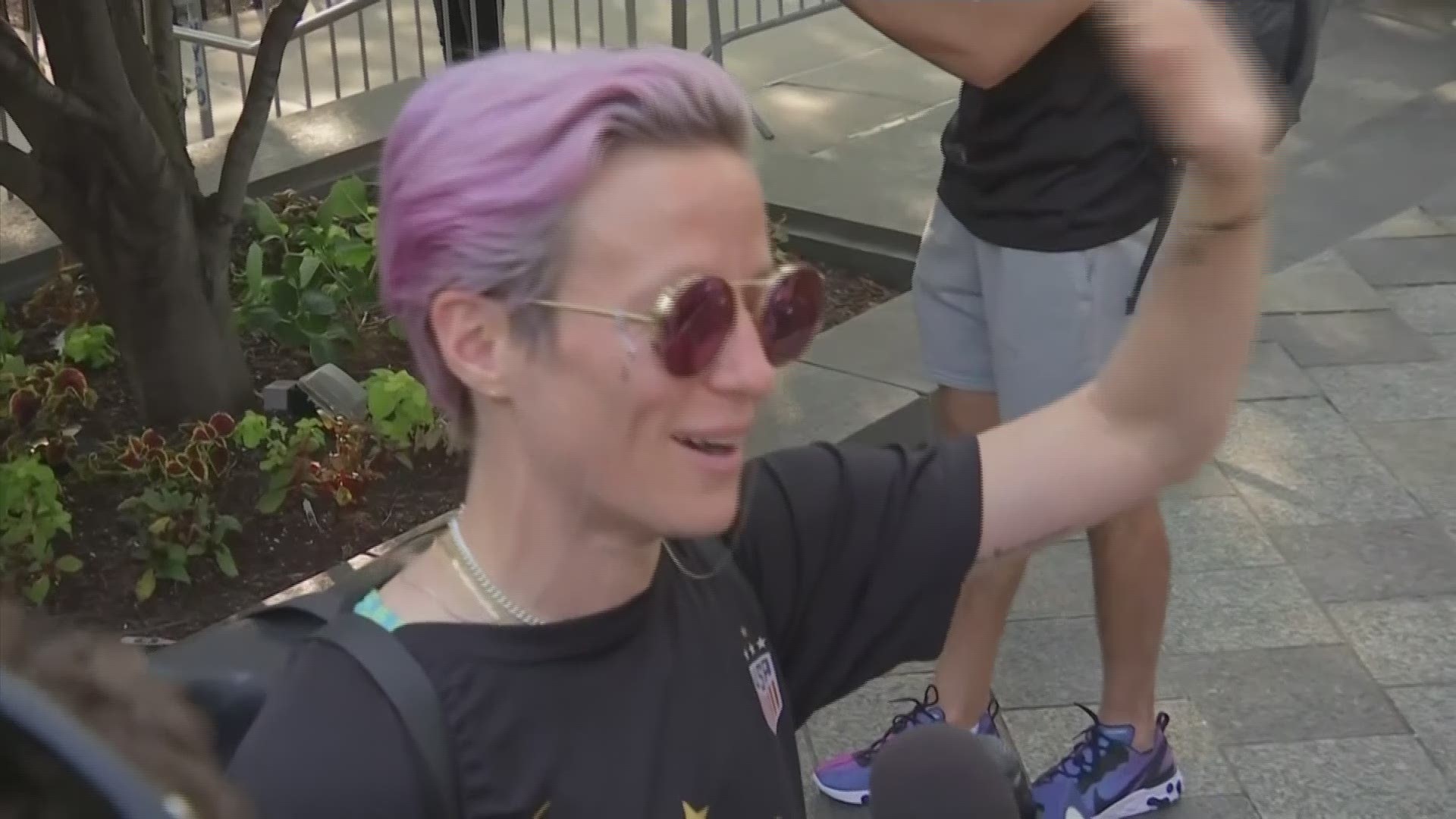 That was all news to players when they landed, since their flight back to the U.S. did not have Wi-Fi.

"Crazily enough in this day and age in 2019, we've been in the dark for nine straight hours," Rapinoe said. "We're sort of catching up on everything."

Wednesday will mark New York's first ticker-tape parade since the women's team won the 2015 World Cup. Long Island's Crystal Dunn was a late cut from the '15 squad, and she's "super excited" to parade through her own city.

"I am such a proud New Yorker," she said. "It's in my blood. It's everywhere I go. It's such a special place. Obviously for this to be our first stop back here when we get back to the United States, it's incredible."