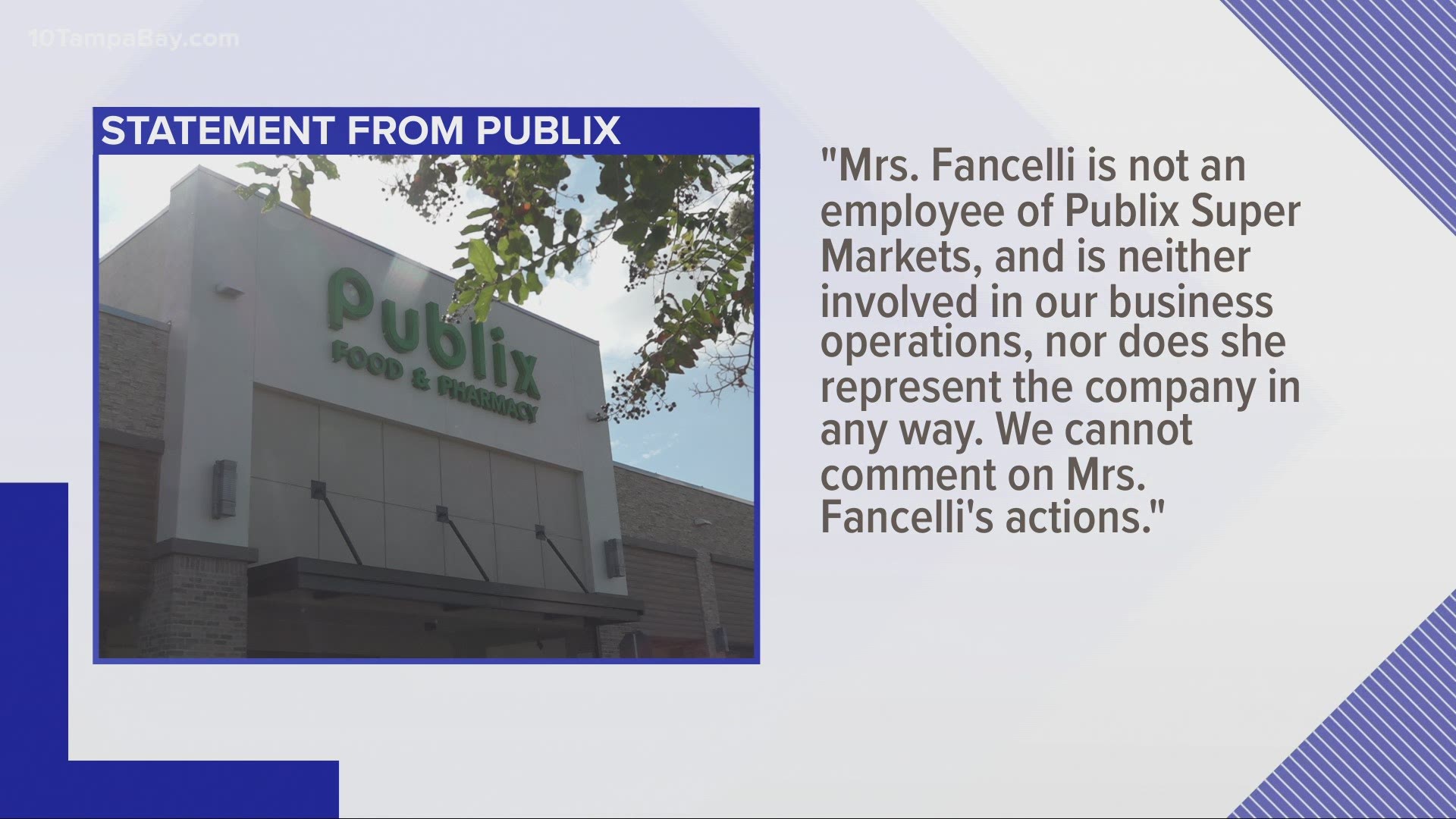 LAKELAND, Fla. — Publix heiress Julie Jenkins Fancelli provided the bulk of funding for former President Donald Trump's rally prior to the riot on the U.S. Capitol, according to The Wall Street Journal.

Fancelli gave $300,000 to the Jan. 6 event through a former fundraising representative for Trump's campaign, the newspaper reported Saturday. Her commitment paid for "the lion's share" of the former president's $500,000 rally at the Ellipse in Washington, D.C., according to the WSJ.

The controversial and far-right radio host Alex Jones was said to have helped to arrange the large donation.

Fancelli picked fundraising official Caroline Wren to handle the rally's funding, according to the WSJ. Wren reportedly told the paper her role "was to assist many others in providing and arranging for a professionally produced event at the Ellipse."

Fancelli is the daughter of Publix Super Markets founder George W. Jenkins. Jenkins died in 1996 at the age of 88.

In a statement to 10 Tampa Bay, Publix said Fancelli does not represent the company.

"Mrs. Fancelli is not an employee of Publix Super Markets, and is neither involved in our business operations, nor does she represent the company in any way," the statement reads in full. "We cannot comment on Mrs. Fancelli's actions.

"The violence at the Capitol on Jan. 6 was a national tragedy. The deplorable actions that occurred that day do not represent the values, work or opinions of Publix Super Markets."

Trump, refusing to concede his loss in the 2020 election to Democratic challenger Joe Biden, urged his supporters to march to the Capitol, where lawmakers there prepared to certify the results.

Five people were killed in the riot, including a Capitol police officer. Two other officers died by suicide afterward.

Despite the assessments from the Department of Justice and the Department of Homeland Security confirming that no serious fraud had occurred during the election, Trump and his campaign pushed to reverse the results. Sixty-two lawsuits were filed in state and federal courts; 61 failed for lack of standing and others based on the merits of voter fraud allegations, USA Today reports.

The U.S. House of Representatives impeached Trump, the first president to be impeached twice, one week after the riot. Lawmakers charged Trump with "high crimes and misdemeanors" for inciting the mob that stormed the Capitol.