What happens next after rioters interrupt Congress certifying election results?

Lawmakers will pick up where they left off after a mob of insurrectionists stormed the nation's Capitol. 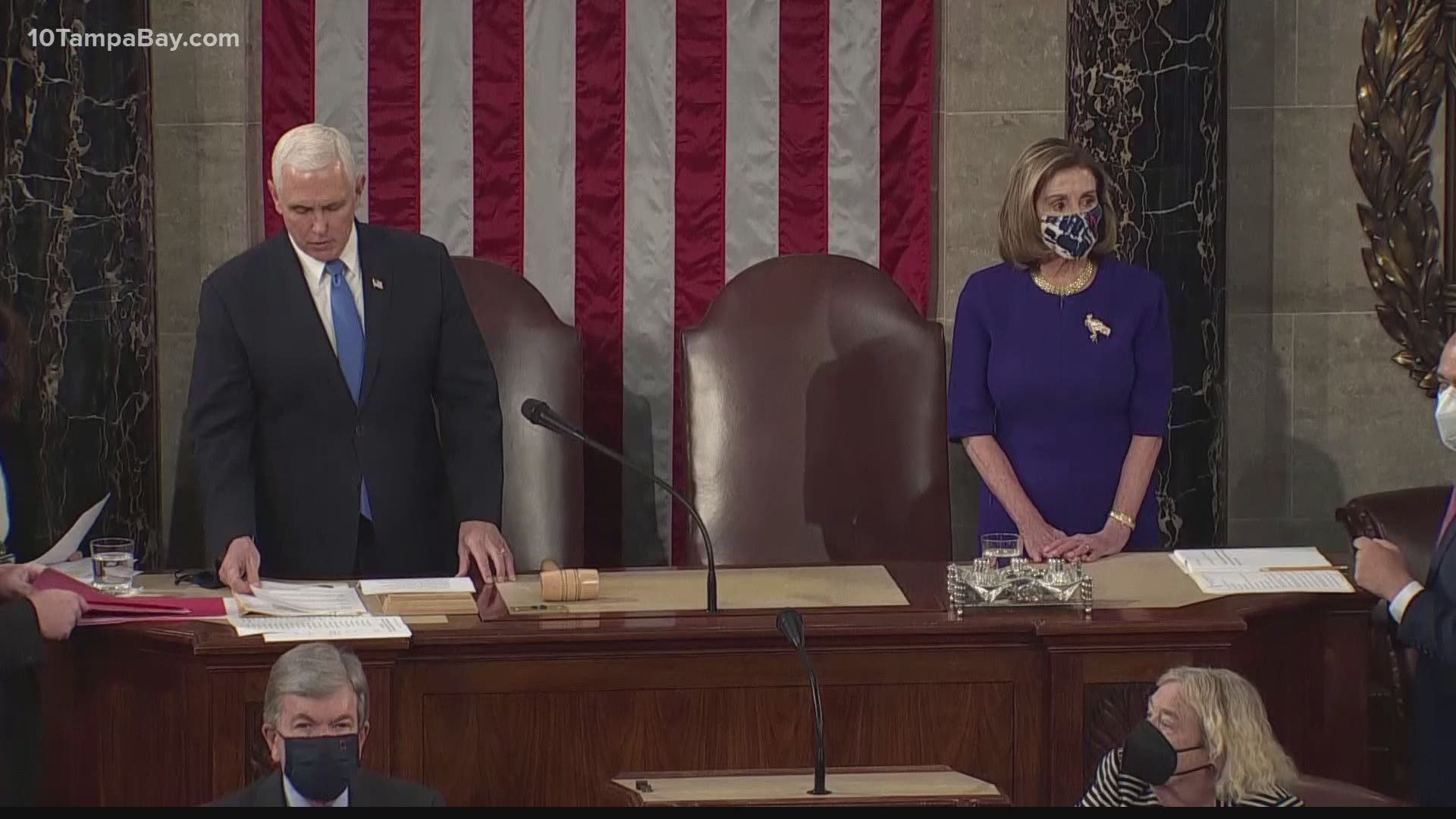 ST. PETERSBURG, Fla. — While rioters storming the nation’s Capitol Wednesday delayed the process to certify the results of the 2020 election, it will not prevent it from being completed.

“We have a serious problem of government if this becomes something that happens again." @stetsonlaw constitutional law prof Lou Virelli on where we go from here after what unfolded in the Capitol today. @10TampaBay pic.twitter.com/bbISk6j6Mg

Given the anticipated objections from about a dozen Republican members of Congress, the process was already expected to take longer, Virelli said.

“This really has been a formality, as it’s supposed to be,” he said. “Let’s be very clear this is not supposed to be a rehash of the election.”

As far as how long lawmakers have to finish the process, the only real deadline is the inauguration on Jan 20.

But if they don't finish by then—which is highly unlikely—presidential powers are temporarily transferred to the Speaker of the House, in this case, Nancy Pelosi, until Congress can complete the certification.

The joint session of Congress proceeded Wednesday night once the Capitol was cleared and it was safe for lawmakers to return.

Moving forward, Virelli said he’s hopeful these events will prove to be a one-off, but he cautions it’s up to us.

“We have a serious problem of government if this becomes something that happens again,” he said. “The only person who is confused, ostensibly, about who won is the loser, and if that’s all it takes for us to wonder about a transfer of power, to resort to violence, that is a serious loss and might be a permeant loss.”