Manuel Franco thought he had checked all his tickets when he found one more stuck to another one. That was his winning ticket. 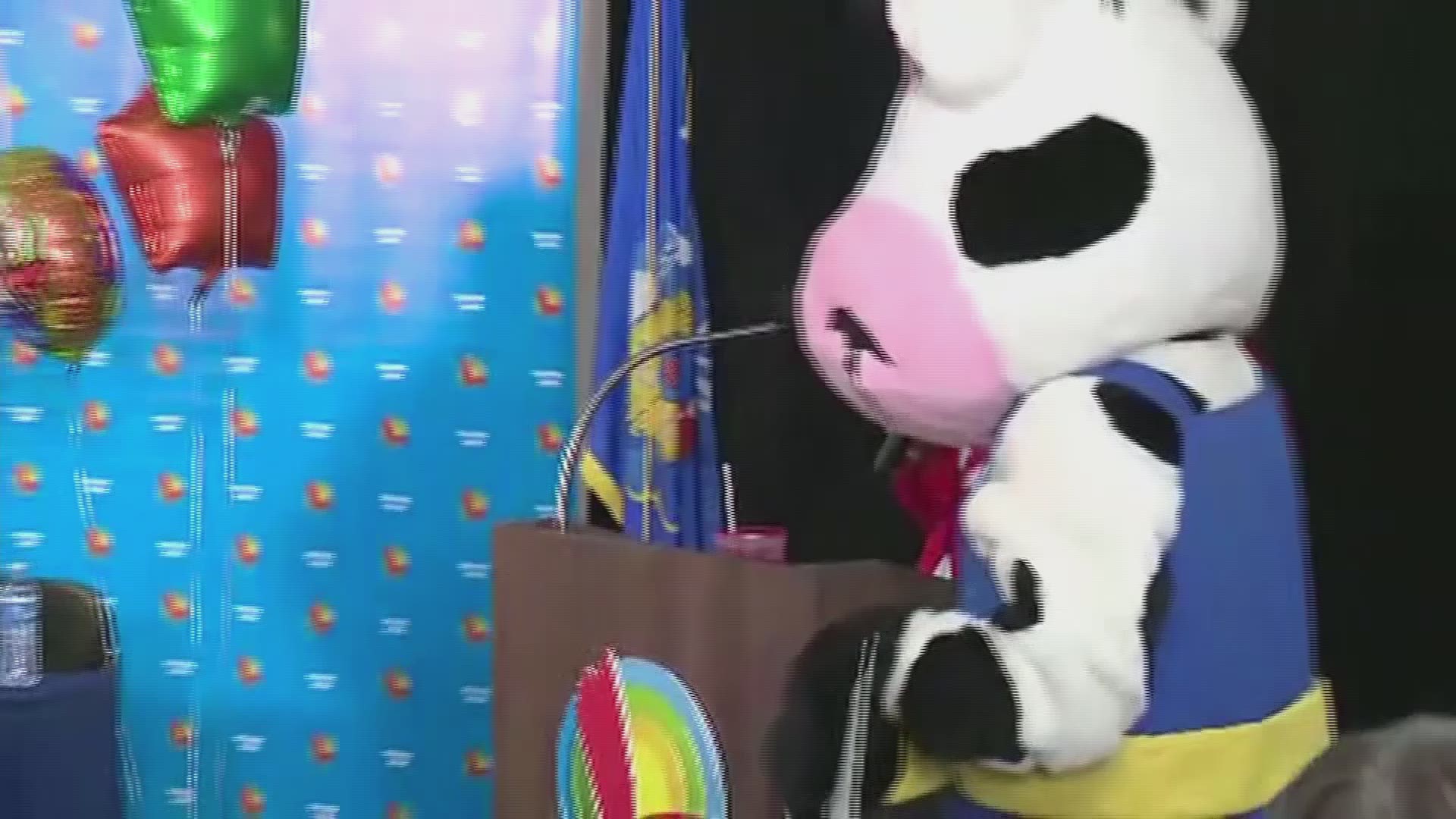 A 24-year-old Wisconsin man stepped forward Tuesday to claim a $768 million Powerball prize, the nation's third-largest lottery jackpot, saying he "pretty much felt lucky" the day he bought his tickets and has been worried that people want to steal his ticket.

Manuel Franco, of West Allis, said he was sorting through $10 worth of quick-pick tickets after the March 27 drawing and thought he had checked all his tickets. Then he saw one last ticket stuck to another one, and recounted to reporters the feeling as he matched the first two numbers, then glanced at the Powerball to see it matched too.

"I was going insane," Franco said. "I looked back at the three other numbers, they all matched. My heart started racing, my blood started pumping, I felt warm. I started screaming."

Franco declined to reveal much about himself at a news conference conducted by Wisconsin Lottery officials, smiling often but deflecting questions such as what he did for a living and what kind of car he drives. Franco did say he quit work the second day after winning, saying he just couldn't continue.

He said he would take a lump sum payment, hoped to make some charitable contributions and was prepared for people who might come asking for money.

"I'm ready and I know how to say no," Franco said.

Under Wisconsin law, winners cannot remain anonymous. Franco said as soon as he realized he had won he started feeling paranoid and put his winning ticket in a safe.

"I got that paranoia when you think the whole world is after you," he said. "I thought there was somebody behind me every single day. It's hard living your life when you have the ticket everybody wants."

He didn't offer any specific incidents or exchanges with anyone that made him feel afraid. Wisconsin Assembly Speaker Robin Vos and state Rep. Gary Tauchen, both Republicans, introduced a bill moments after the news conference ended that would allow lottery winners to remain anonymous.

The legislators said in a news release that lottery winners shouldn't have to come forward because they're often targets of abuse, fraud and harassment.

Lotteries can be rigged. Former Multi-State Lottery Association information security director Eddie Tipton admitted in 2017 to manipulating software so he could predict winning numbers on certain days of the year. Tipton, his brother and a friend fixed jackpots that paid $2.61 million to them and their associates in four states.

Franco's winning ticket was sold on March 27 at a Speedway gas station in the Milwaukee suburb of New Berlin, a city of about 40,000 people roughly 14 miles (23 kilometers) southwest of Milwaukee.

The $768 million prize refers to an annuity option paid over 29 years. The winner also can choose a $477 million cash option; Franco picked that route. The gas station will receive $100,000 for selling the winning ticket.

Credit: AP
Manuel Franco of West Allis, Wis., winner of second-highest Powerball lottery in history, attends a news conference at the Wisconsin Department of Revenue in Madison, Wis., on Tuesday, April 23, 2019. At right is Peter Barca, state secretary of revenue, and at right is Cindy Polzin, state lottery director. Franco claimed the cash option payout of the prize, totaling approximately $477 million before taxes. The overall jackpot of the prize, drawn March 22, was $768,400. (John Hart/Wisconsin State Journal via AP)

The jackpot is the third-largest behind the world record $1.6 billion Powerball jackpot shared by winners in California, Florida and Tennessee in January 2016 and a $1.5 billion Mega Millions jackpot won in South Carolina last October.

Wisconsin Department of Revenue officials estimated that if the winner takes the cash prize the state would claim $36.4 million of the winnings as tax revenue. DOR Secretary Peter Barca said in March the tax windfall would be $38 million, but lottery officials said Tuesday that Barca was mistaken.

Annual tax revenue from annuities would build from $11.6 million this year to $47 million by 2048.

Seven tickets matched all five white balls but missed matching the red Powerball to win a $1 million prize. Those tickets were sold in Arizona, two in California, Indiana, Missouri, New Jersey and New York. Two other tickets sold in Kansas and Minnesota matched all five white balls and doubled the prize to $2 million since the tickets included the Power Play option for an additional $1.

Powerball is played in 44 states as well as Washington, D.C., the U.S. Virgin Islands and Puerto Rico.