A student surveying an area of Central Washington put her tree climbing skills to the test when she encountered a pack of wolves. 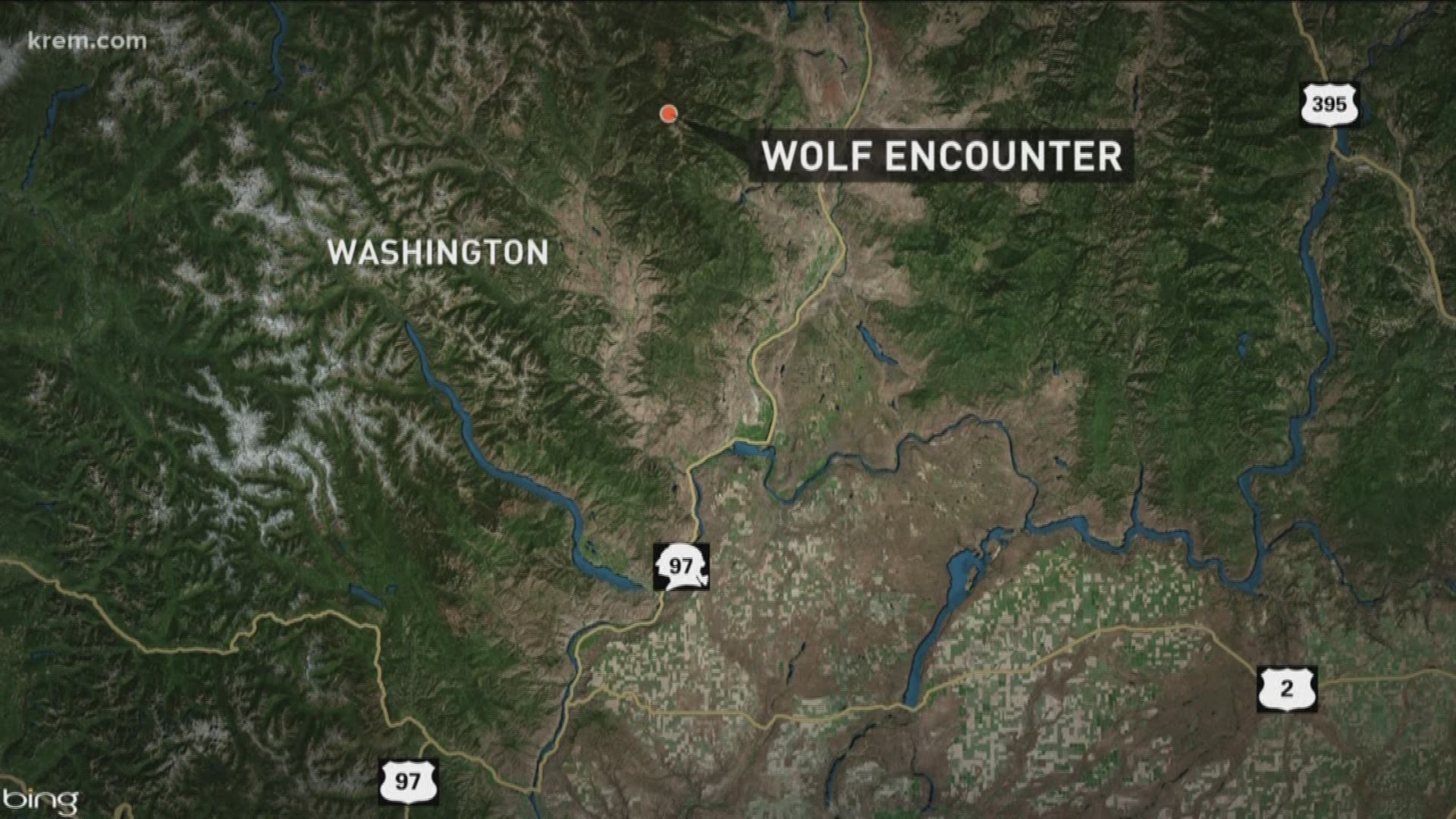 OKANOGAN COUNTY, Wash. — A helicopter had to rescue a research student Thursday afternoon after a group of wolves surrounded her in Central Washington state.

Okanogan County dispatch received a call around 12:30 p.m. from the student who was surveying the area when she came across the wolves. Officials said she had climbed 30 feet up a tree and a pack of wolves was surrounding her.

Okanogan County deputies were told if they arrived on the scene and the wolves were still surrounding the woman they were to shoot the wolves on sight, authorities said.

The Department of Natural Resources was then notified, and they said they would be sending a helicopter to the woman’s location. When the helicopter arrived, the wolves were still there, but the helicopter was able to land and rescue the student.

Okanogan County Sheriff Frank Rogers said he does not know if it was a den or a possible kill site, but his team is trying to find out if there is a possible threat or danger to those who use the recreational area. He said he is concerned that some may not be prepared for or even know of the possible encounters with wolves, which may result in the danger to human life.