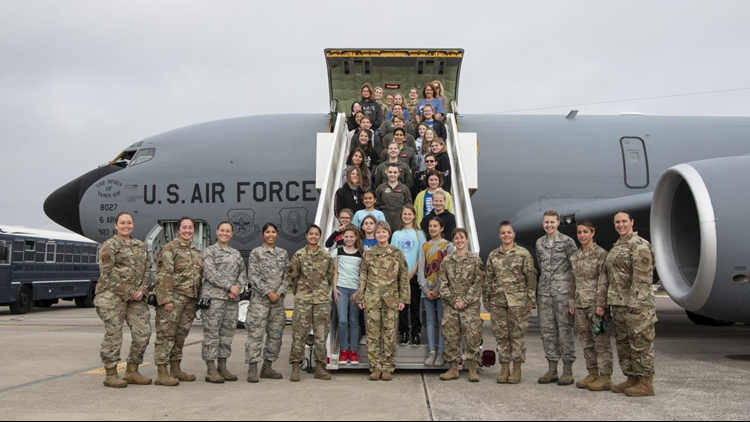 Photo by: MacDill Air Force Base

TAMPA, Fla. — A military aircraft made an emergency landing during what was supposed to be a public relations flight Thursday in Tampa.

The Boeing KC-135 Stratotanker took off from MacDill Air Force Base. The all-female crew was taking more than 20 middle school girls and school staff members along for a STEM field trip that was supposed to include refueling a cargo plane over the Carolinas.

During the flight, the plane developed an issue with the "boom pod," which is used for refueling other planes. It's located in the back of the aircraft. One of the pilots spotted a small amount of condensation or smoke in the area, so the crew decided to return to MacDill out of an abundance of caution.

The students and staff members were given Oxygen hoods -- just in case.

The KC-135 declared an emergency to be safe, but the plane made a smooth landing about 45 minutes after it originally left MacDill.

The students were from Coleman and McLean Middle Schools. Nobody was hurt.

Maintenance crews are examining the plane to determine exactly what happened.