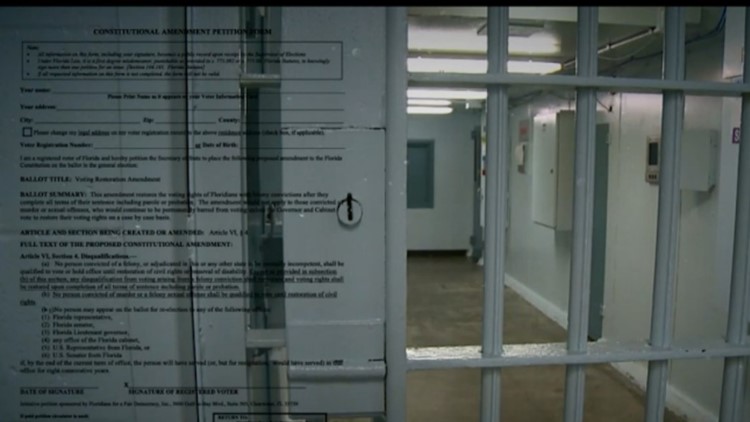 Nearly 1.5 million former felons in Florida will no longer be permanently disenfranchised.

With the passage of Constitutional Amendment 4, former felons, excluding those convicted of murder and sexual offenses, will have their voting rights restored following the completion of their sentences.

Before the amendment passed, former felons had to wait at least five years after completing their sentences, then ask the Florida Clemency Board to restore their rights.

The clemency board is made up of the governor and Cabinet.

Nearly 800,000 voters signed a petition created by Floridians for Fair Democracy to get Amendment 4 on the ballot. Other backers include the conservative Koch brothers and ice cream company Ben & Jerry’s.

Back in September, Last Week Tonight host John Oliver went after Gov. Rick Scott and the clemency board over felon disenfranchisement.