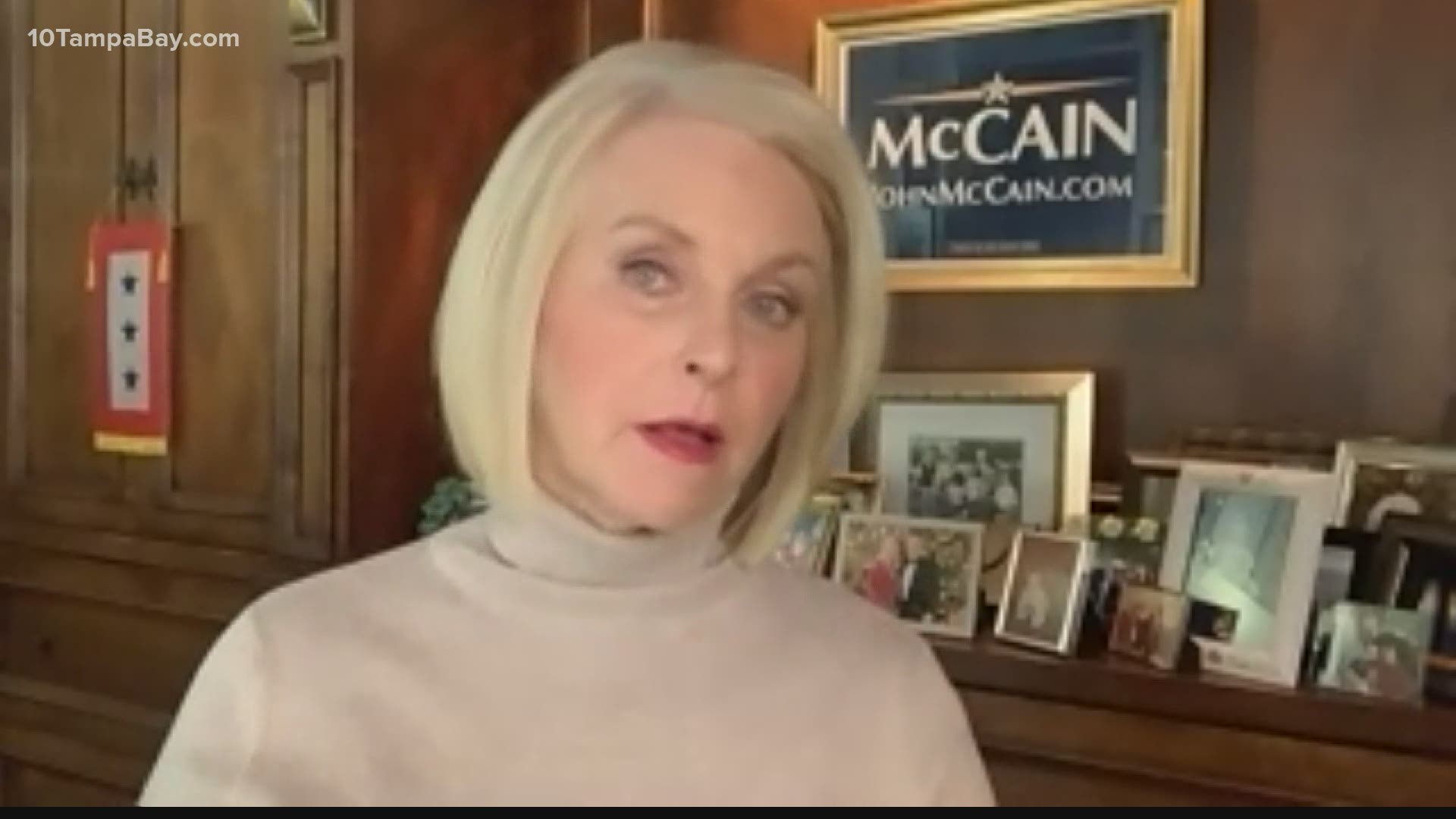 TAMPA, Fla. — One state to watch this election is battleground Arizona. President Donald Trump won the state in 2016. The late John McCain served as one of its senators for 31 years.

His widow is trying to change the color of that state -- and Florida's -- in this election cycle.

Cindy McCain surprised a lot of people when she came out in support of Joe Biden in this election. She says she is a Republican, and this does not change that.

The McCain's have been in politics for almost 40 years. McCain was a prisoner of war in Vietnam. He ran for president in 2008, having lost to Barack Obama.

His wife, Cindy, says the late senator was very disappointed in what was happening in the White House before his death and the final blow for her were reports Trump called people in armed forces "losers and suckers."

"You can see right behind me, I have a three-star blue star flag that means I have three members of my family serving. I not only don't even find that remotely accurate, from that standpoint, but it's also vile," Cindy McCain said. "Our men and women serve because they believe what they do and believe in this country so we should believe in them and we need to back them, make sure they have everything they need to serve and make sure that their families are cared for and that they're cared for when they come back."

She says she wants integrity back to the office.

"It's gone far beyond party politics. It's gone beyond, when we leave our allies on the battlefield, when we leave, when we walk away from treaties that are important and vital treaties," Cindy McCain said. "When we act in such a cavalier manner that doesn't even remotely represent the truth, that's when all of us should take a hard look at what's going on."

She also wanted to remind people with mail ballots that it's too late to put them in the mail. Make sure to drop it off at a designated site on Election Day.